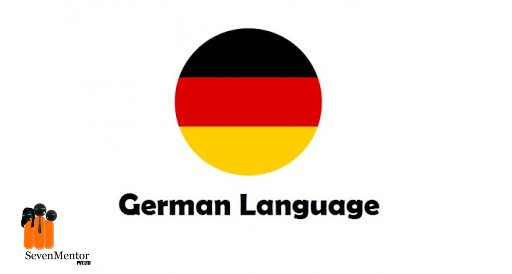 I always knew i wasn’t made for the 9-5 job. Sitting in front of the computer all day wasn’t for me! My journey with a Foreign Language began at an early age. In my 10th Grade, my mom made me learn German, she got my admission done in Goethe. And since then this beautiful Journey began.

I began with my A1 in 2011 and completed B1 by the beginning of 2012, and since then German has been my everything! Worked as a German Teacher in a Junior College and later as a Corporate German Trainer for 3 Years. Soon i realized that i must complete my remaining levels. That is B2, C1, and  C2

Quit my corporate trainer job in Feb 2020 and enrolled myself for B2 with Goethe, unfortunately, the Lockdown happened and everything went online, nevertheless that dint stop me from learning the Language, i completed by B2.1, B2.2, C1.1 and C1.2 and will soon begin C2 as well.

Being a trainer i meet a number of people from all walks of Life, so there is always learning something or the other! For each one i learn something.

And here are few myths i want to break about Learning a FOREIGN LANGUAGE.

Is there any scope for me after learning a Foreign language, will i get a Job or can i just learn it as a Hobby?

Absolutely , you can learn the language as a Hobby. But wait there is so much more to that. Go on to you Google search and type “German language jobs” .

Probably teaching German would be the last job in the search!!!

There are so many career benefits after learning German Language. Its just not limited to teaching! So if learning a foreign language as a hobby can give you good returns, it is for sure a good investment.

Is the Language hard to learn?

Is there any thing you cant learn or do? nothing.  Also if a 10th grade girl studied the language without knowing what the future holds after she does the Language. You are still in a better situation. And from when did language become hard to learn. Its no rocket science! It beautiful instead, you not only learn the language you learn their Culter their traditions. Oh its beautiful!

Who can learn the Language ? any age limit.

No,there is no age limit, i have students of all age. And most of them ask me, can i our who’s 10 yr old learn the language? Yes absolutely,  infact children can learn multiple languages at once, and the benefits of being bilingual are endless. Learning multiple languages from birth is not a new phenomenon either. In fact, raising multilingual children is more common than most people think. Also multilingual Parents and surrounding plays a important part here. Which in a Country like India is very common. Where the child learns one Language at home, one at school and if possible also in the neighbourhood / surrounding/ friends.

Eg. Parent A speaks to child in Italian, Parent B speaks to child in French, family language is English, and they live in Germany. This would allow the child to have good exposure to all four languages and potentially become fluent in all of them.

Is German Language easy, or intresting? As i don’t want to loose intrest after few weeks.

When English speakers learn German, they will have the consolation of finding a lot of words that are similar in both languages. Be careful though, there are some sneaky words that look and sound the same but have totally different meanings. The German word ‘gift’ for example, means poison, nothing like the present or blessing it is used to describe in English. Haha isn’t that fun?

German has some bizarre and hilarious proverbs :-

Some of our favourites German proverbs are Alles hat ein Ende, nur die Wurst hat zwei (everything has an end, only sausage has two), Ich verstehe nur Bahnhof (I only understand train station) whose English counterpart would be ‘It’s all Greek to me’ and the most delightful saying, Das ist nicht dein Bier! (that is not your beer!) which means ‘none of your business!’

German is the ‘language of the writers and thinkers’

German has often been referred to as the language of the Dichter und Denker or the writers and thinkers. For example, the great Johann Wolfgang von Goethe – author of the epic Faust – is considered one of Germany’s greatest national treasures. Other notable Teutonic thinkers are Kant, Marx, Humboldt and Nietzsche. It’s officially spoken in so many other places, not just in Germany

Every noun has a gender:-

There are three genders for German nouns; masculine, feminine, and neutral. Although at first glance, gender in German doesn’t seem to follow much logic because it doesn’t necessarily comply with the gender of the object it is naming, so it’s purely grammatical. Mark Twain famously said of the German language: ‘In German, a young lady has no sex, but a turnip does’.

The longest word in the world is in German:-

To continue with the previous point, the German language once had the 63-letter word Rindfleischetikettierungsüberwachungsaufgabenübertragungsgesetz in its arsenal. However, this word, meaning ‘the law concerning the delegation of duties for the supervision of cattle marking and the labeling of beef’ was considered too much of a mouthful even for German bureaucrats, and the word is now obsolete.

I can give endless reason’s why you should learn the language. But that’s all for now. Check this spot for more insides of the language and also some Grammar in the future. Chao!