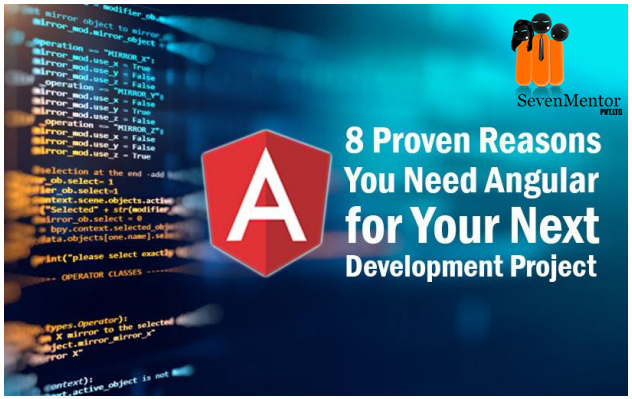 Google released AngularJS way back in 2010, it was fully javascript framework.i.e(it was object-based framework). Then Angular 2 was released in 2016, it was rewritten in Angularjs for better improvements. Later there were more upgradation in angular versions. Angular 2+ versions are based on typescript(a superset of javascript), Angularjs was not built with mobile support whereas angular 2+ versions are built with mobile support.AngularJs used to scope and controller to create variables whereas angular 2+ versions use hierarchical components and directive architecture. What is angular why it is popular? Angular is one framework for mobile and desktop. It is MVC javascript front-end framework for dynamic and single page application, it is maintained by Google. Angular is a straightforward design. Angular provides an alternative to building client-side applications. Below are a few points which make angular more popular than others:-

Faster development- as it is maintained by Google, there are many tools available because of this it makes it easier to use and gives a faster performance.

MVC framework – by using this MVC design makes all the tough task move smoothly, it also helps as in retrieving and inserting the data, independent to the user interface.

Two-way data binding – it utilizes two-way data binding, by using this it allows to update the data store automatically, and the UI also gets updated. this helps you to get rid of plenty of logic from the front-end display code.

Feature-rich – it has many features such as data binding, filters, directives, form validation and API client etc. Due to this creation of new application becomes easier and it also helps in finding them and troubleshooting them.

Dependencies handling – with the help us this it makes it simple to rearrange things like dynamic loading and dependencies, utilize them whenever required as needed without the use of instances and namespaces.

Support from Google – as it is maintained by Google,i.e it is very secure and reliable. This gives a big relief to the developers.

Easy to test – as the application is divided into modules and subcomponents, this makes every module testable and easily manageable.

● Smaller framework size so you will have a smaller application size.
● It helps you detect errors very easily.
● It improves security.
● Download size is also small because of bundled files.

Angular PWA (progressive web applications ) : –
There has been a lot of talk about PWA’s since 2016, more and more companies have started using this technology in their applications. One of the examples is Microsoft promotes this technology and tells their developers to add such a kind i.e PWA’s application to the windows store.
Below are the few main concepts of progressive applications:-
They are progressive, the word progressive itself suggests that they can work for every user and every browser.
● Mobile like experience is provided with the help of PWA’s, they are responsive in nature and can work on every device and on any screen size.
● The most important features that can be included are push notification and offline support.
● They can be added on the home screen.
● Directly accessible with the help of URL

Angular IVY:-
IVY came into the picture since Google announced about it in 2018. It is a hot topic for developers but many of them don’t know what it is. IVY is meant to build next-generation rendering pipeline for angular 8. With the help of IVY, it will make the application simpler, smaller, and faster. There are two main concepts in IVY:-

Tree shakable:- this is used to remove the unused code of the application, so the application can only pay attention to the code which is running or it is using, this will result in a small bundle and fast run time. Local – it will recompile only the components which are changing, this will help in the faster compilation.
Below are a few advantages of IVY:-