Robotics researchers
Robotics scientists create and build mechanical devices to do tasks that can be used in conjunction with humans and support their activities, as opposed to data scientists who often programme technologies to find solutions. Robotics scientists are needed in a variety of industries because their knowledge may be used to show how "robots" might solve problems that humans are unable to solve on their own. Robotic technology, for instance, has been developed to perform colonoscopies and surgeries, with Artificial Intelligence robots programmed to look for potential cancer polyps. Robotics scientists are responsible for designing this software and artificial Intelligencening artificial intelligence on how to perform. As a result, they must be able to think innovatively, possess a good knowledge of mathematics and computer science, and own high-level programming skills.

Engineers in Machine Learning
Machine Learning develops potent prediction models from a technology-based analysis without being technically programmed but comprehending the surrounding regularities in data, whereas data scientists work on information based on "data" and human learning gathered by Artificial Intelligence Researchers. To learn more about the distinctions between data science and machine learning, read our blog. This approach produces significant alternative outcomes that can hasten the process of finding new solutions or discovering gaps that are difficult to see with the naked eye. Therefore, it falls to machine learning engineers to create self-running Artificial Intelligence system that will automate these prediction models and improve their performance. In most cases, they will collaborate with Artificial Intelligence researchers to comprehend the data that Machine Learning will be used to analyze and interact with the data scientists, IT, and software teams. Strong analytical abilities and practical machine learning package experience are essential for success in this position.

What are the objectives of the artificial intelligence course at the SevenMentor Institute?

What distinguishing qualities does this Artificial Intelligence course in Gandhinagar have?

Our Gandhinagar Artificial Intelligence programme exposes students to all of the most recent approaches and technology and is closely tied to current market requirements. The course material is created by subject-matter specialists and is continually reviewed and updated by business professionals.

Is success after completing this Artificial Intelligence Course guaranteed by the SevenMentor employment help unit?

Unfortunately, our placement support department cannot promise employment, but it can help job seekers build the skills they need to succeed in their chosen field. Long-term aspirants may use their acquired skills to pursue a respectable career in Artificial Intelligence.

After completing the Artificial Intelligence course at SevenMentor Institute, do I get help with job placement?

Do I get study materials for independent study when I join SevenMentor Institute?

You can learn and practise on your own using the numerous study tools, worksheets, data sets, and videos provided by the SevenMentor institution. You will also receive resources for the recruiting process, up-to-date newsletters on Artificial Intelligence and ML, and employment updates in addition to study materials.

This SevenMentor's course appeared to be fantastic and well worth it because it was highly educational and simple to understand.

Every issue is clarified by this instruction, and the professors are incredibly patient!

I had a great time in this Artificial Intelligencening and learned a lot. Without a doubt it is worthwhile! 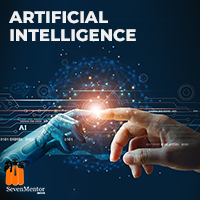 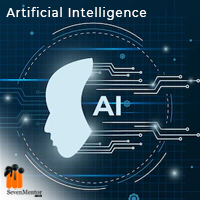 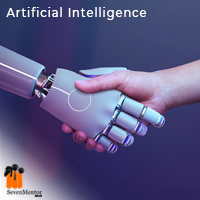