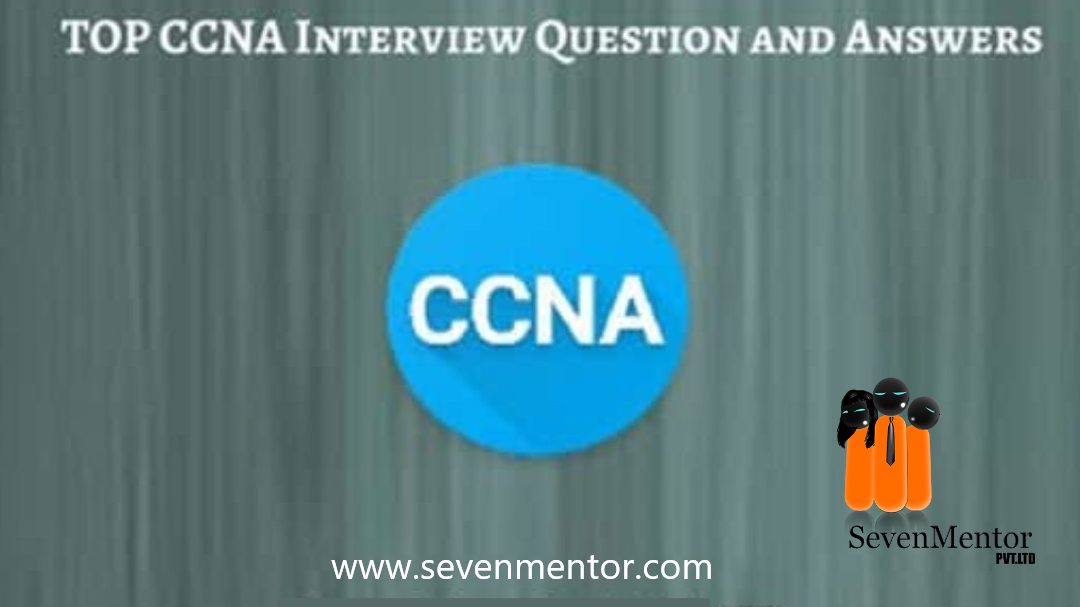 Hello friends, welcome back to my Networking Interview Questions Blog series from CCNA Course in Pune. In the last blog, I covered Subnetting and Supernetting interview questions and Answers. Now, in this blog, I am going to cover the next very important topic – Router and its Routing Protocols. Particularly this is Part-I of this topic. As this is the core topic of CCNA with the help of CCNA Classes in Pune, there is Part-II for the same.

So let’s start with basic questions based on Router and its components.

A Router is a networking device used to connect 2 or more different networks i.e. it provides WAN connectivity. IT performs routing which means it routes packets between devices that are on different networks with the best available path.

A router is a Layer 3 – Network layer device work on IP address i.e. on packets as PDU.

The function of routing is to route packets between different networks using the best available paths to the destination network.

Command to navigate to next mode, Privilege mode from user exec mode: –

Command to navigate to Global Configuration mode from Privilege mode: –

ROM Monitor is router mode which is used in troubleshooting. If the Bootstrap program isn’t able to notice an IOS image, it will act as ROM Monitor.

ROM Monitor is capable of implementing specific configuration task such as: –

There are basically two types of Routing called: Static Routing and Dynamic Routing.

One more routing type is there which is known as Default routing which can be used only on Stub networks which having a single exit path.

In static routing, routes need to be configured manually on the router by a network administrator.

There is no overhead on the router CPU, but it is not feasible in large networks because maintaining it is a full-time job. Also, human error chances are more.

Routing Protocols learn the routes and give the most effective routes from one network to a different network. Example- RIP, OSPF, EIGRP.

An AS – Autonomous System is a group of networks under single administrative control. Every AS has assigned a globally unique 16-digits identification number called ASN-Autonomous System Number by IANA-Internet Assigned Numbers Authority.

There are 3 types of IGP Routing Protocols based on metrics they are used as DVR, LSR, and Hybrid.

Routing Protocols use comparison factors called Route Metric value to find the best path when there are multiple different paths available to the same destination.

Different routing protocols use different route metrics to compute the cost to destination.

Route Update timer (30 seconds) – the time interval between periodic routing updates in which the router sends a complete copy of its routing table out to all neighbor routers.

Route Invalid timer (180 seconds) – the time interval before a router determines that a route has become invalid. A route will become invalid if it has not heard any updates about a particular route for this invalid time period.

Route Hold down timer (180 seconds) – It is the amount of time during which routing information is suppressed. Routes can enter into the holddown state once a router gets an update that indicates the particular route is not reachable. This will continue either up to the router gets a new update packet with a better metric or till the holddown timer expires.

Route Flush timer (240 seconds) – It is the time between a route turn into invalid and its removal from the routing table. Before it’s removed from the table, the router notifies its neighbor routers of that invalid route.

The Split Horizon feature stops the update of a route learned on one interface from being advertised back to that same interface.

Using route poisoning, when a distance vector routing protocol observes that a route is no longer valid, it is advertised with an infinite metric i.e. in RIP 16th Hop count, indicating that the route is bad.

With this, I am concluding this blog. In this blog, you got the questions related to the Router, its components, Basic configuration, Metrics, and Routing protocol RIP. In the next part of this blog series by CCNA Training in Pune, I will include questions-answers on OSPF and EIGRP.