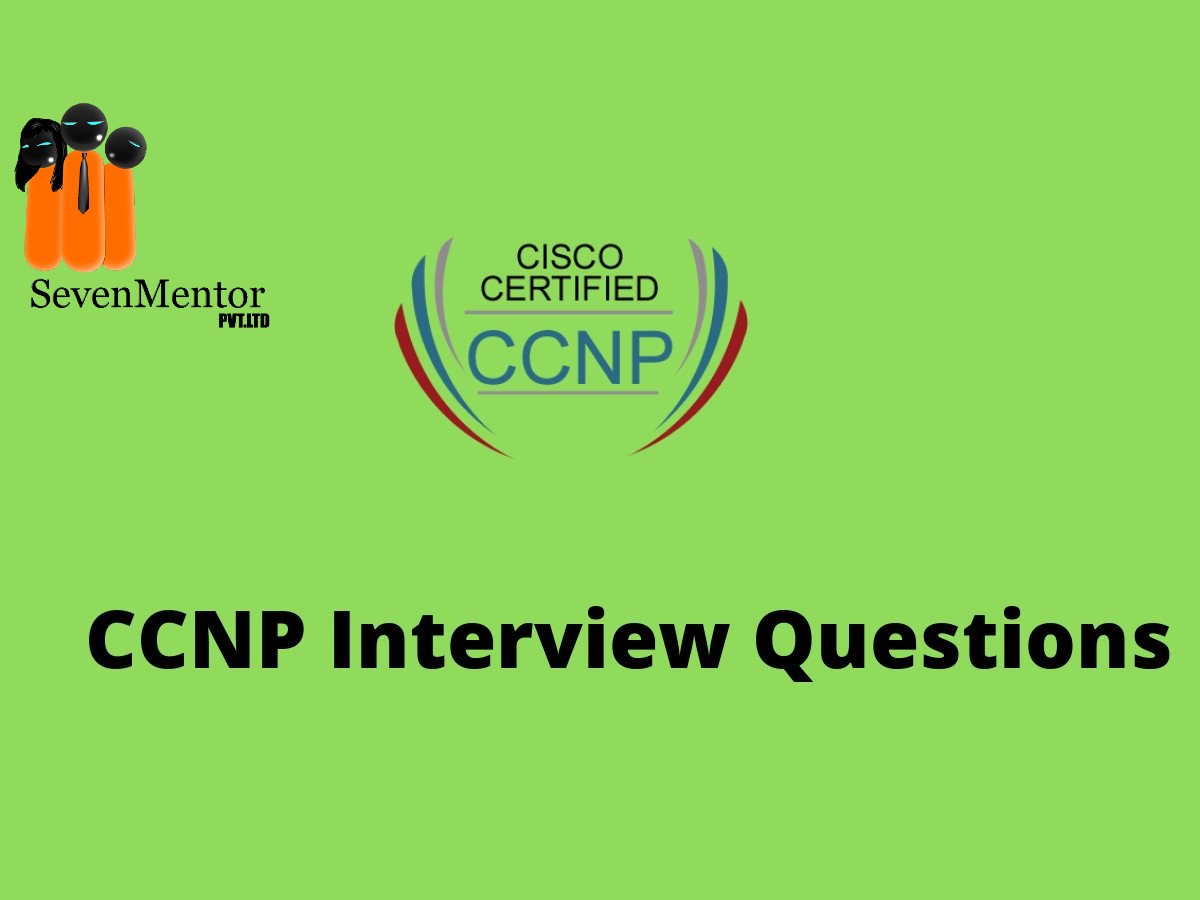 Hey guys, I have seen students struggling with interview questions and much specifically with the numbers of CCNA (port numbers, timers, etc.), and general definitions of some basic technologies. Hopefully this blog of CCNA Classes in Pune will give some confidence in the interview process. Please don’t consider this as the specific questions and answers for the interview preparation, it’s much of a cheat-sheet.

In this Blog from CCNA Course in Pune, I have tried to cover some very important topics of OSPF. So, let’s start without wasting any time.

It is a dynamic routing protocol that synchronises routing table in-between the routers. It’s an Interior Gateway Protocol (IGP), used specifically to sync routing table of routers belonging to the same Autonomous System (AS).

Following are some facts about OSPF:

Every OSPF Router has a unique ID. A router-id in OSPF is a 32bit value and appears similar to an IP Address. If a router-id is changed, router needs to be restarted or you can the command “clear ip ospf process” to apply the changes. OSPF algorithm for router-id works as follows:

Priority 2: If a manually configured router-id is not set, the router considers highest IP Address of any loopback interface as router-id.

Priority 3: If no loopback interface is created, then the highest IP Address on any physical interface is considered as router-id.

Internal Router: It’s a router running OSPF with all its interface in a single area.

Autonomous System Boundary Router (ASBR): It is a router running OSPF in any given OSPF area, and connecting the said OSPF area to an external autonomous system.

They are OSPF multicast messages sent by OSPF router to other routers in an OSPF domain. LSA’s are sent from OSPF internal routers and are destined to DR/BDR routers, to update topology changes.

OSPF LSA Type 1: Also known as Router LSA, is sent from an internal router to other OSPF router in the same area, announcing changes in the network. The announcement specifically describes interface state, router-id, IP information and link details.

OSPF LSA Type 2: Also known as Network LSA, is sent by a DR to other routers within the same OSPF area, announcing them the topology information based upon the information that it gathered from other LSA’s. The announcement specifically contains the DR and BDR IP information, and also the state of other OSPF routers in the same link-local network. These LSA’s don’t go out of the said OSPF area.

OSPF LSA Type 3: Also known as ABR Summary LSA, is sent by Area Border Router (ABR) to share network information of a given area with OSPF routers of other area. To flood the information throughout the Autonomous System, other ABR’s subsequently regenerate the LSA.

OSPF LSA Type 6: Also known as Multicast LSA or Group Membership LSA, are used by MOSPF (Multicast OSPF) protocol for routing multicast packets. It is not supported by Cisco Routers.

OSPF LSA Type 7: Also known as NSSA External LSA, is actually generated by ASBR in a NSSA area. Type 5 LSA’s are not permitted in NSSA area. As it reaches an ABR, it automatically converts the type 7 LSA to type 5 LSA so that they can be advertised in other non-NSSA Areas.

OSPF Backbone area: Area 0 of OSPF is known as backbone area. According to OSPF architecture, area 0 is supposed to be the central area and all other OSPF areas should be connected directly to area 0. Area 0 plays a vital role in updating other areas about network information about each other. Area 0 of OSPF supports LSA’s Type 1, 2, 3, 4 & 5.

OSPF Standard Area: An OSPF Standard Area is also known as Normal Area. This area has direct connection to the backbone area of the autonomous system through a ABR. Standard areas supports LSA’s Type 1, 2, 3, 4 & 5.

Stub Area: This area does not allow external routers, i.e. Type 5 LSA’s are not supported in this area. ABR in the area, instead injects a default route via a Type 3 LSA, ensuring that the routers is this area can route traffic to external destinations out of the autonomous system. This significantly enhanced the performance as multiple external routers have been replaced by a single default route. Type 1 through Type 4 LSA’s are allowed but Type 5 is not.

Totally Stubby Area: Like a Stub Area, this area doesn’t maintain specific routes to external autonomous system, by blocking type 5 LSA’s. This area stretches a bit further by blocking Type 3 LSA’s and hence, it cuts down the size of routing table by just maintaining the routes of local area and a default route for all other networks belonging to other areas and autonomous system. In short Type 3 and 5 LSA’s are replaced by a default route by the ABR. Type 1 and 2 LSA’s are only allowed in this area.

Not So Stubby Area: These are just the same old stub areas, but with an ASBR in them. Which means, Type 3 LSA’s will still be flooded in this area by the ABR, but Type 5 won’t be allowed as per the rules of stub area. So in order to advertise the route of external autonomous system, ASBR will rather generate a Type 7 LSA that would be converted to Type 5 by the ABR while advertising to other areas.

Not So Totally Stubby Area: It’s exactly a Not So Stubby Area that contains a ASBR, but the catch is that, it’s blocking Type 3 LSA as well. Which should mean that it’s simply a Totally Stubby Area with an ASBR, which generates a Type 7 LSA and ABR should convert it to Type 5 while advertising to other areas. Read more at CCNA Training in Pune.