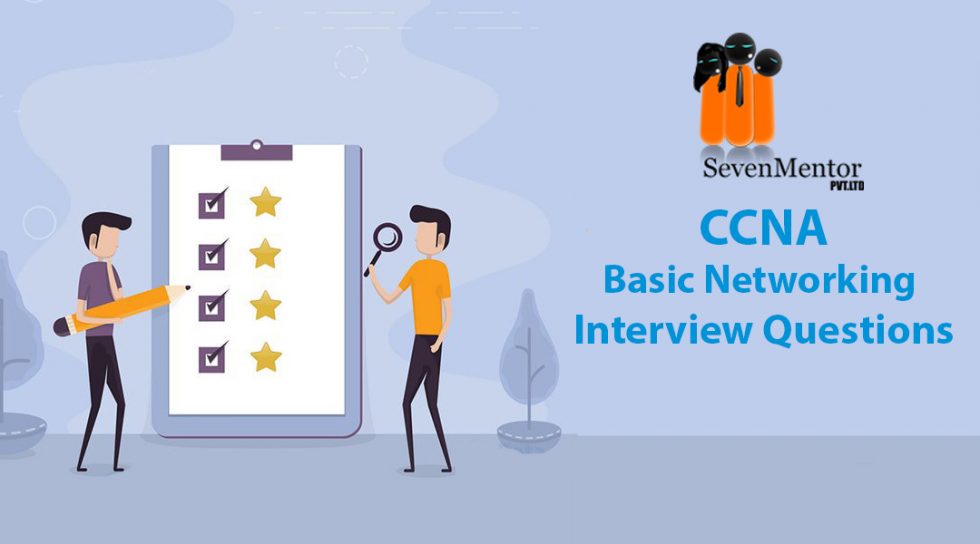 In today’s fast world, the Internet is so handy that anyone can easily get an answer for any query/question on it. At an earlier time, preparation for an interview was a very big task as he/she needs to go through all the concerned books and materials available carefully. But nowadays the internet has made it so easy.  We can get lots of question-answer sets for different technologies easily on the Internet. So, interview preparation becomes so simple for all.

Ans:] Network is connecting 2 or more devices with each other using transmission medium for the purpose of sharing information and sharing resources like Printer, Internet Connection, etc.

Q>2] What is the purpose of the Network?

Ans:] There are main two purposes of the Network as below:

Computers are called as workstations, but workstation term cannot use for all devices like Printer, so Node is a common word used for networking devices of any type.

Q>4] What are the different types of Network?

Ans:] According to the geographical area covered, the following are the types of Network:

Q>5] What are different casting methods?

Ans:] There are 3 casting methods as below:

Q>6] What are different transmission methods?

Ans:] Mainly there are two transmission methods: Simplex and Duplex

Q>7] What is Network Topology?

Ans:] Network Topology is nothing but the structure or layout or design of your network. Basically there are two types of Topology: Physical Topology and Logical Topology

Q>8] What are the types of Network Topology?

Ans:] Types of Network physical topology are as below:

Q>10] Differentiate between Domain and Workgroup.

Q>12] Which Cable is used to connect Router to PC and Router to Switch?

Q>13] What is the use of Rollover Cable?

Ans:] Rollover cable is the Console cable which is used to configure the network devices like Router or Switch. It connects Device console port (RJ45) to System’s Serial Port (RS232).

Q>14] Which cable is best for long-distance such as 2 KM or more than this and why?

Ans:] For long-distance such as 2 KM or more than this, the SMF i.e. Single-Mode Fiber Optic Cable is best. As in FOC data is transmitted in the form of Lightwaves, the interference is least in these cables. And in SMF only one light wave is transmitted, so its segment length is more.

Q>15] What is Collision Domain and Broadcast Domain?

Q>16] What are the two types of addresses used in network communication?

Q>17] What is the difference between Hub, Switch and Router?

Ans:] Following are main differences between the Hub, Switch and Router:

Hub: Hub is a non-intelligent device which works on the Physical layer of the OSI Model. It is a multiport single link device hence works on always broadcasting. It creates single Collision as well as Broadcast Domain.

Hub and Switch, both can work in a single network or subnet.

Q>18] Which MAC address will be entering in the MAT by Switch?

Ans:] Switch will be entering the MAC address of Source in the received frame on the particular port in its MAT i.e. MAC Address Table.

Ans:] Routing is transmitting data from one network to another network through different networks using the best available path or route.

Q>20] What if Gateway and Firewall?

Gateway: Gateway is a device which is an entrance and exit point of your network. The router is worked as a gateway of the network.

Firewall: Firewall is a Security device. We can filter inbound and outbound packets of your network by configuring ACL i.e. Access Control List on the firewall.

Ans:] The layers of the OSI Model are as below:

Q>23] Which layer in the OSI Model is not working in the LAN communication? Why?

Ans:] Network Layer in the OSI Model is not working in the LAN communication. On the Network layer, Router is working to provide routing which is not required in LAN i.e. in a single network.

Ans:] Encapsulation: In communication, at the source/sender end, each layer adds its identity called Header with the data. This process is known as Encapsulation process.

Decapsulation: In communication, at the destination/receiver end, each layer removes its identity called Header from the data. This process is known as Decapsulation process.

Q>27] What are the identities added in PDUs Segment, Packet, and Frame?

Ans:] Following are the identities added in PDUs Segment, Packet, and Frame:

Q>30] Why Transport layer is called Heart of OSI Model?

Ans:] Transport layer is the true host to host layer, known as Heart of OSI Model. Following are the important responsibilities of the Transport layer:

Ans:] Protocol is the set of rules used in network communication.

Q>34] Difference between TCP and UDP.

Q>35] Difference between ARP and RARP.

RARP – Reverse ARP: RARP resolves IP address from MAC address OR resolves MAC to IP address. This is used by client systems in DHCP environment to get automatic dynamic IP address for their MAC address.

With this I am concluding this blog for Basic Networking. Will meet soon with new part of this blog series which will include questions-answers on IP addressing, Subnetting and Route summarization.