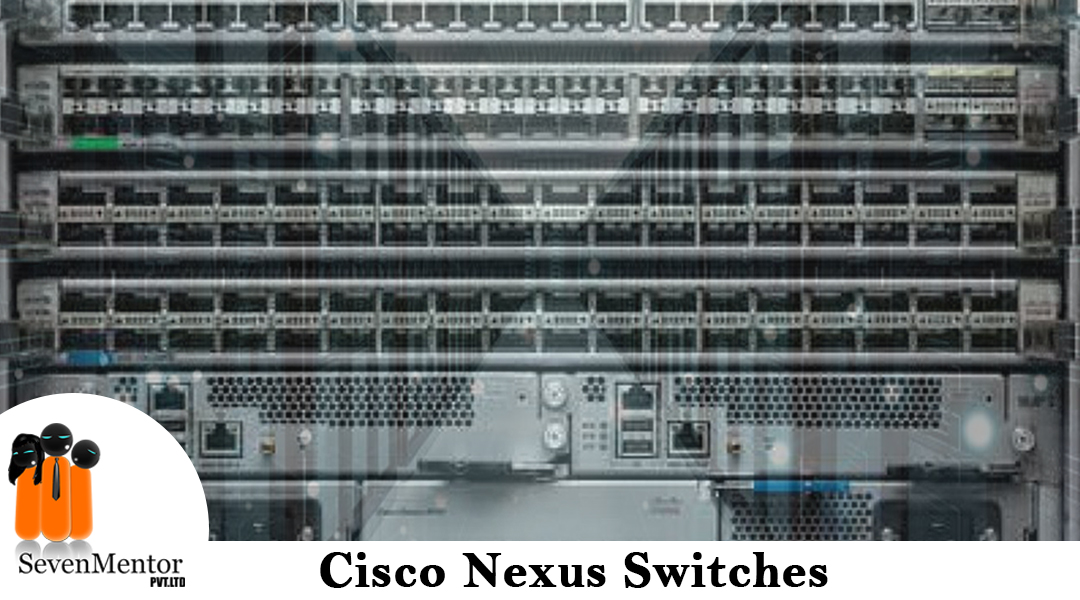 What are Next Generation Datacenters?

Multicore computing, virtualization are mainly used in the datacenter. There is a need for high-bandwidth, low-latency switching. Many technologies are used in integration to fulfill the demand for high speed and low latency network which indirectly helps to overcome bottleneck issue in the network.

The need of computing resources can be optimized by reducing the number of physical computing nodes. This can be achieved by server virtualization.

The network infrastructure can be reduced by selecting a topology where there will be no idle link.  As we know that Spanning Tree Protocol blocks links, topology becomes inefficient. This need is addressed by Layer 2 multipath technologies such as Virtual Port-Channels.

Nexus switches are designed to be used within Datacenters. The operating system of Nexus is actually based on the Cisco Storage Area Network Operating System (SAN-OS) Software and helps ensure continuous availability to set the standard for mission-critical data center environments.

NX-OS Persistent Storage Service is a lightweight database that maintains runtime information state. It provides reliable persistent storage to the software components to check their internal state and data enabling restart without disruption. For example, if a fault occurs in a routing process (such as OSPF), the NX-OS high availability (HA) manager determines best recovery action like restart a processor switch over to a redundant supervisor module.

Nexus Virtual Device Context allows separating the nexus system into several small individual systems with their own resources, dedicated interfaces and independent configuration files. For examples we can have 8 VDC contexts on a Nexus 7000,

Internally, the switches are based on only two custom application-specific integrated circuits (ASICs): a unified port controller which basically handles all packet-processing operations on ingress and egress, and a unified crossbar fabric that switches packets.

Fibre Channel over Ethernet (FCoE) is a technology that enables unified I/O on servers. Unified I/O is the ability to carry both storage and LAN data traffic on the same network adapter. Although FCoE is not the key topic of this document, the designs proposed for LAN switching connectivity can be extended to support unified I/O through FCoE. The FCoE model consists of servers with FCoE adapters which normally called converged network adapters (CNAs).  FCoE is an encapsulation of Fibre Channel frames into Ethernet frames. The model also consist of Fibre Channel Forwarders (FCFs), devices like the Cisco Nexus 5000 Series Switches, which can forward FCoE frames.

Nexus 7000 VDC feature offers the potential to partition the Nexus switch into multiple logical switches. There is no possible way for VDCs to communicate with each other, aside from physically connecting a physical port in one VDC to a port in another VDC. A maximum number of four VDC for a Supervisor 1 (SUP1) – or Supervisor 2 (SUP2) based system, and up to eight for a Supervisor 2 Enhanced (SUP2E) based system is supported. The VDC feature make use of a separate control plane for each context. The VDC virtual technology feature provides the advantage of consolidating several network physical devices.

The Cisco Nexus 7000 Series inherits a many virtualization technologies defined under  Cisco IOS Software. On Layer two  virtual LANs (VLAN) virtualize bridge domains in the Nexus 7000 chassis. Virtualization support for Network Layer is accomplished through the concept of virtual route forwarding instances (VRF). A VRF can be used to virtualize the network layer forwarding and routing tables. A VDC can be used to virtualize the device itself, showing the physical switch as multiple logical devices. Each VDC can contain its own unique and separate set of VLANs and VRFs. Each VDC can have assigned to it physical ports, hence allowing for the hardware data plane to be virtualized. Every VDC, has a separate management domain to manage the VDC itself, thus allowing the management plane itself to also be virtualized.

As effectively the name suggests, the vital role of Control plane is making decisions that where the traffic is to be sent. These Control plane packets are actually destined to router itself and/or basically generated by the router itself. Control plane functioning includes several parameters such as the system configuration, exchange of routing table data or information and its management. The route controller is responsible for exchanging the topology information to other routers and also builds a routing table which depends and is based on routing protocols, for example, RIP, OSPF or BGP. In order to update the routing table information, the router processes Control plane packets. This is nothing but Signalling of the network. As known, the control functions can’t be executed on every incoming single packet; Hence, this makes them less time-critical and also doesn’t possess a strict speed constraint.

Data Plane is also known as Forwarding Plane. Basically, its function is to forward traffic to the next hop device. This is done along the path to the desired destination network in accordance to the control plane logic. Data plane or forwarding plane packets travel via the router. Both, the incoming as well as outgoing frames and packets are disposed of by the routers/switches. Here, the routers/switches make use of the control plane built to do so.

The only responsibility of the transport infrastructure is providing IP connectivity between remote data center sites. OTV also provides an overlay that enables OSI Layer Two connectivity between different  Layer Two (Data Link Layer)  domains while keeping these domains independent and still providing the fault-isolation, resiliency, and load-balancing features of an IP-based interconnection.

OTV support on Nexus 7000 platforms has been started from the NX-OS 5.0(3) software release.

The conception “MAC routing” was outlined by OTV which clearly reflected that control plane protocol is used to exchange MAC reachability information between network devices. This in turn provided LAN extension functionality. This is a precise and a major shift from OSI Layer two switching which traditionally leveraged data plane learning, and this being clarified by the need to limit flooding of OSI Layer Two traffic over and across the transport infrastructure.

Supposedly, If the destination MAC address data or information is not known, then the traffic is discarded (but not flooded), thus, helping to prevent wastage of capable bandwidth all over the WAN. With OTV, one also comes across with the concept of dynamic encapsulation. This is for Layer 2 and flows which are required to be sent to the remote locations. Every Ethernet frame is encapsulated as and into an IP packet and then delivered over the transport network. This phenomenon completely eliminates the necessity to build up the virtual circuits, effectively called Pseudowires, in between the locations of the data center. Going further, there are major advantages such as enhanced flexibility while adding or removing sites to the overlay, increased optimal bandwidth employment all over the WAN.

What is VPC and VSS:

Both VPC and VSS are used basically to support multi-chassis ether-channel that means we can create a port-channel whose one end is device X , and another end is physically connected to different physical switches which logically appears to be one switch.

A virtual PortChannel (vPC) allows links that are physically connected to two different Cisco Nexus devices to appear as a single PortChannel to a third device. The third device can be a switch, server, or any other networking device that supports EtherChannel. A vPC provides Layer 2 multipathing, eliminates Spanning Tree Protocol blocked ports, allows you to create redundancy by increasing bandwidth, enabling multiple parallel paths between nodes and traffic load balancing in cases in which alternative paths exist.