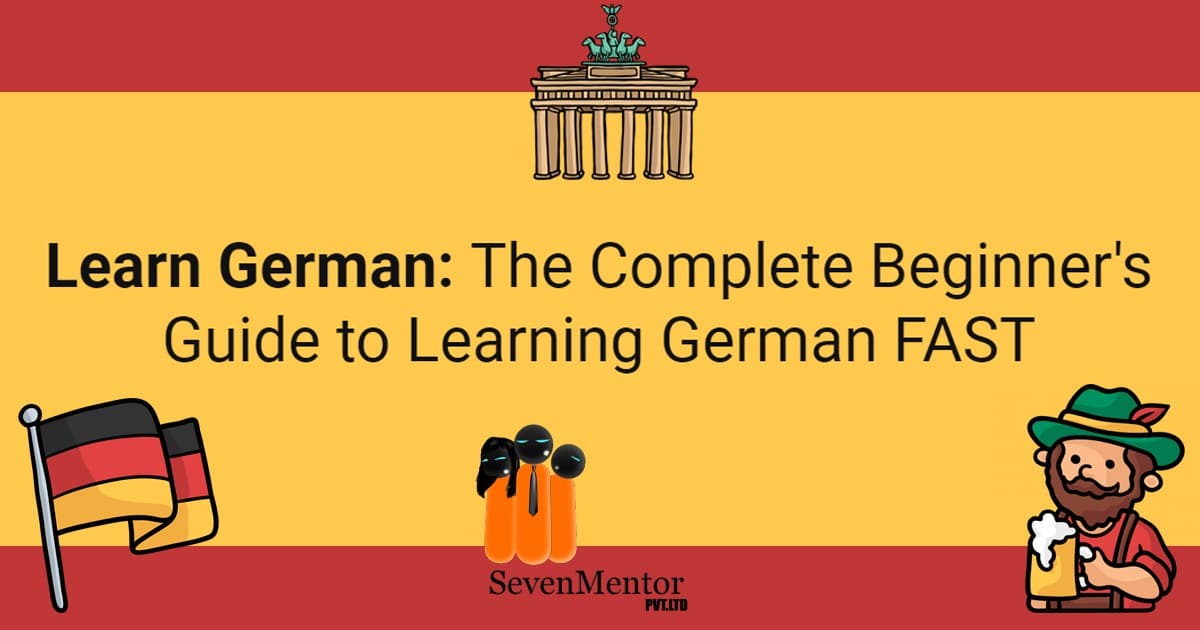 Have you ever felt baffled while in the midst of a conversation figuring out the meaning of certain irrelevant comments, attempting to make sense to yourself ‘did they really mean what they said? Or did you totally misinterpret the vocabulary used! If this happens to you frequently then now it’s high time for you to brush up on the idioms and phrases with German Language Classes in Pune that will enhance your language skills to the next level.

Ever wondered why it is so crucial to understanding idioms and the need to incorporate them in our routine conversations?! One can always encounter idioms probably in both written and spoken communication. German Language Training in Pune will assist in improving the conversational skills as the native speaker of the language immediately realizes that you have acquired the cultural aspects to the context of the idiom. Eventually, it makes the speaker comfortable in having a smooth and fluent conversation with you without the feeling to sound irrelevant, thus you rightly strike a chord to effective communication.

Idioms share cultural and historical information; they broaden people’s perspectives; they deal with a language that is peculiar to a country or in rare cases an individual and provide language manipulation. These are unique constructions and expressions having a connotative and figurative meaning rather than a denotative one which do not belong to a language’s standard constructions.

In comparison to new learners, native speakers of a language frequently use idioms because they are more familiar with the usage and understand the context in which they should be used with the help of German Language Course in Pune. As a result, using idioms makes you sound more fluent in the language. Although one can become acquainted with the fundamentals of a language and gain knowledge of it, using an idiom adds a unique flavor to it. As a result, the new learner must cultivate this hunger within him and improve his or her language skills in order to explore new variations in a meaningful way. Idioms allow for freedom of expression, allowing one to develop flair and fluency in the language in their own unique way.

For example, if a person is dealing with certain issues and believes they are serious when, in fact, they aren’t, instead of saying, “Relax, they aren’t as big as you think,” one can use an idiom to say, “Those issues are just a storm in a teacup!” This allows you to express the same idea in a more creative and efficient manner, as well as make it more precise and to the point, thereby enriching your language. A conversation with idioms sounds more interesting than a typical monotonous one. However, one must consider the context and occasion in which one is using a specific one.

This not only improves comprehension skills, but it also provides insight into culture and history. German idioms frequently refer to their famous native foods, such as sausages, mustard, and bread rolls. Isn’t it true that language learning has just become more enticing? Using these will help you develop and have a distinct style, rather than sounding merely academic. Here’s a rundown of the most common ones in German.

Literally it means to ‘press the thumbs’. In English this can be translated as or the equivalent is ‘to keep one’s fingers crossed’. This idiom is used when one awaits or hopes something good will happen.

If you happen to know or understand Germans in regards to their behavior they seem pretty cold and direct. The idiom literally means ‘to stop talking around hot mash’. The English equivalent to this one goes ‘ beating around the bush’ so the next time someone avoids talking about the important things try conveying by saying Bitte rede nicht um den heissen Brei herum.

This literally means that lies have short legs. The English equivalent goes as ‘A lie has no Legs’. One cannot get away with a lie no matter what the truth will be eventually known. Hence the idiom that a lie is baseless as it can’t support situations. The truth has it while the untruth doesn’t.

The idiom literally means ‘I only understand the train station’. The English equivalent for this corresponds to ‘It’s all Greek to me’. Use this when you are clueless or have no clear ideas about what has been told or is written. In short it is just another way of saying you do not understand anything.

Sausage is the beloved food of Germans and it is a land of poets and thinkers, this probably may be the reason why most of the idioms in German are around food like this witty one. It means ‘Everything has an end except the sausage that has two’. Thus whatever has begun shall come to end. Simplicity and pragmatism is what one observes in the German conception of beauty

Literally this states that do not praise the day before evening. This idiom portrays an idea as to what Germans are when it comes to their plans. Do not have preconceptions or a presumption to things is what it conveys. The English equivalent fits to ‘Don’t count the chickens before they hatch’. One should not make plans hoping something good to be happening before it has actually happened.

This literally means to leave the church in the village. The English equivalent goes ‘not to get carried away’. This one also gives a sneak-peak in the German mannerisms as they never get carried away in excitement to lose control of their behavior. However if you happen to find one do not hesitate to state the idiom.

This idiom takes the learner by surprise which literally means ‘to have a pig.’ However the English equivalent is ‘to have a stroke of luck or to be lucky’. Certain expressions in the German language are confusing for us as learners as one would reconsider and question the association between pigs to that of being lucky!

Imagine what a plight it would be if one takes this idiom literally by its meaning that goes ‘to hit the nail on the head’. However the implied meaning states that if you do or say things that are exactly appropriate or you are someone to find exact solutions to a problem or a question then this one would be a complete fit for you.

German idioms have a characteristic reference to food items, which is what makes them so easy to refer and use. This one literally means ‘to have tomatoes to one’s eyes’. (How about a cucumber instead of tomatoes, would it be better?) The English equivalent for this is to be oblivious to what’s happening around you. So consider for an example someone has been cheating you, however you aren’t aware of it or not concerned then probably this idiom is what applies to the situation.

Thus, exploring the world of idioms allows you to discover new expressions for effective communication, and as the saying goes, the best way to learn and improve a language is to speak it!