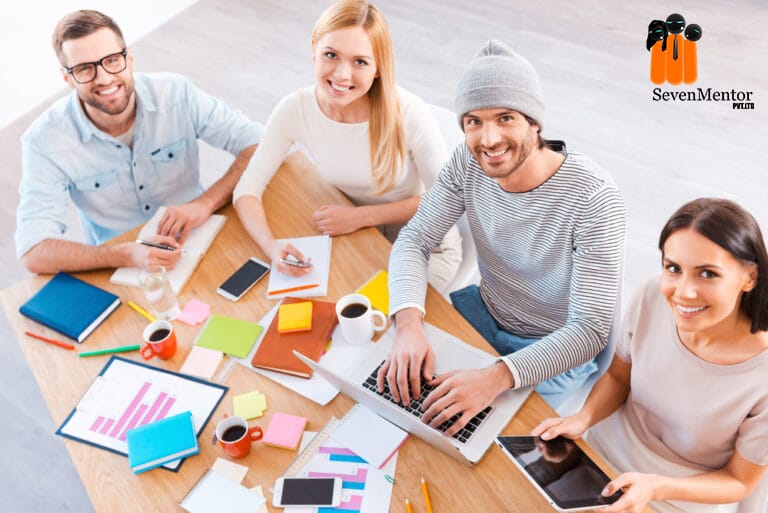 Fashion in France is an important subject in the culture and country’s social life, as well, being an important part of its economy.

Fashion design and production became prominent in France since 15th century. During the 17th century, fashion exploded into a rich industry, for exportation and local consumption, the Royal Minister of Finances, Jean-Baptiste Colbert, says “Fashion is to France what the gold mines of Peru are to Spain…”. In the 19th century, fashion made a transition into specialisation for modern term haute couture, originated in the 1860s, bringing good taste to fashion argot. The term prêt-à-porter was born in the 1960s, reacting against the traditional notions of fashion and garment-making process, satisfying the needs of pop culture and mass media.

With the decentralization of the fashion industry, many cities including: Lyon, Marseille, Bordeaux, Toulouse, Lille and Strasbourg have their own luxury districts and avenues. In recent times, these have become important customers and significant producers. Île-de-France, Manosque, La Gacilly (near Rennes), and Vichy lead the cosmetic industry, and house well-known international beauty houses such as L’Oréal, Lancôme, Guerlain, Clarins, Yves Rocher, L’Occitane, Vichy, etc. The cities of Nice, Cannes and St. Tropez among others in the French riviera are well known as places of pleasure, annually hosting many media celebrities and personalities, potentates, and billionaires. The clothing of France is famous throughout the world.

The association of France with fashion and style (la mode) is widely credited as beginning during the reign of Louis XIV when the luxury goods industries in France came increasingly under royal control and the French royal court became, arguably, the arbiter of taste and style in Europe. The rise in prominence of French fashion was linked to the creation of the fashion press in the early 1670s (due in large part to Jean Deneau de Visé), which transformed the fashion industry by marketing designs to a broad public outside the French court and by popularizing notions such as the fashion “season” and changing styles. The prints were usually 14.25 X 9.5 and depicted a man or woman of quality wearing the latest fashions. They were usually shown head to toe, but with no individuality or defined facial features. Sometimes the figure would be depicted from behind in order to showcase a different side of the clothing. Although the individual in the prints was often crudely sketched, the garment itself was impeccably drawn and detailed. Accessories to the garment also received nuanced attention.

Louis XIV, although later hailed as a patron of fashion, did not actually have a large role in its spread and proliferation—which was due to the fashion prints. The fashion prints were ubiquitous, but Louis XIV neither sponsored nor hindered their production and proliferation, and largely stayed out of it unless the prints of himself specifically were treasonous, satirical, or caricatures.

Louis XIV notably introduced one of the most noticeable features of the men’s costume of the time: immense wigs of curled hair. A commonly held belief is that Louis XIV started to wear wigs due to balding, and to imitate this his courtiers put on false hair. The wearing of wigs lasted for over a century; they went through many changes, but they were never quite so exaggerated as during this period.

Despite the rise of la mode during Louis XIV’s reign, many of the clothes he wore did not survive or were taken from the monarchy’s possession. Much like the Crown Jewels, a French king did not actually own any of his clothes. They belonged to the Garde-robe du roi (King’s Wardrobe), which dated back to the 16th century. Due to Louis XIV’s changes to the King’s Wardrobe, officers had a right to the clothes once the monarch died, as long as they would not be used by the king’s successor.Furthermore, although the Louis XIV’s formal clothing would change along with the rest of la mode, his ceremonial clothing did not, and remained with tradition. The king also used fashion to create a certain effect or theme. During the marriage of his great-grandson Louis, Duke of Burgundy to Princess Marie Adélaïde, the French entourage dressed in bright colors and fashions to contrast with the more soberly dressed Spanish. This was in order to seem younger and more virile than the Spanish courtiers.

France is known as a country of luxury, fashion and beauty, with Paris as one of the world’s fashion capitals. It also has many cities and towns with an important history and industry of the entry, with various sized events and shows as fashion weeks and fests.

Paris is regarded as the world fashion capital, and spread throughout the city are many fashion boutiques. Most of the major French fashion brands, such as Chanel, Louis Vuitton, Dior, and Lacroix, are currently headquartered here. Numerous international fashion labels also operate shops in Paris, such as Valentino, Gucci, Loewe, Escada, Bottega Veneta, and Burberry, as well as an Abercrombie & Fitch flagship store which has become a main consumer attraction. Paris hosts a fashion week twice a year, similar to other international centers such as Milan, London, Tokyo, New York, Los Angeles and Rome.

The Avenue des Champs-Élysées is the avenue of luxury and beauty of France and is the location of many headquarters of upscale fashion, jewelry and beauty houses. It is often compared with the 5th Avenue of New York City and the Avenue Montaigne, an adjacent avenue that is also known for its prestigious fashion headquarters since the 1980s. The fashion houses have been traditionally situated since the 17th century in the quarter around the Rue du Faubourg Saint-Honoré. Other areas, such as Le Marais, a traditional Jewish quarter, have also included the clothing industry. The city’s numerous fashion districts consolidate it as a fashion capital.

Marseille is a city of contrasts, which represents the antique and contemporary cities of France.

Marseille, the oldest and second largest city of France is well known for being the principal port of the country and of the second Mediterranean, and fourth of all Europe.

A view of Canebière in Marseille –

The city is affectionately called “The Old Lady of the Mediterranean” or “The City of Contrasts”.The city has enjoyed its position on the continent being a fluvial port with ships full of fashion products. The avenue Canebière is called the “Champs Elysées of Marseille”. Rue Paradis and the Rue Grignan are known for being the avenues of luxury in the city, holding high fashion boutiques such as Louis Vuitton, Hermès, YSL, Chopard, Kenzo, Tara Jarmon, Gérard Darel and many others. Local fashion and art brand Kulte belongs to the French label Kaporal. The Rue de la Tour is called La Rue de la Mode (“The Fashion Street”), where the newest Marsellaises fashion designers and artisans are supported by the city government, for creating and growing the fashion industry in the city. Some of the famous fashion houses here are Diable Noir and Casa Blanca.

In the Centre and Vieux Port (downtown and old port) are other of the city shopping districts, in these areas are a lot of fashion houses for both nationals and internationals.

Lyon is a city in constant modernisation, a symbol of the country. A view of the upscale Presqu’île neighborhood in Lyon. Lyon, the third largest city of France, is a growing fashion industry center. It has been the world’s silk capital since the 17th century, with an important textile industry and a strong fashion culture. It is the second biggest luxury goods consumer of the country, with major streets and districts holding houses of high fashion.

The Presqu’île is the upscale district of the city, containing luxurious malls, streets and avenue. The famous Rue de la République is compared with Avenue des Champs-Elysées of Paris.

La Croix-Rousse is a fashion district heavily marked by the silk industry, and known for receiving government support for the newcomer fashion designers. The city is the home of the headquarters of international fashion houses such as Korloff, Millesia and the jeweler Augis. Other famous Lyonnaise fashion houses in France include Nicholas Fafiotte, Nathalie Chaize and Garbis Devar.

Other cities and towns –

Outside of the biggest cities, there are many “fashionable” cities and towns in France, there are fashion districts, avenues, streets, shopping malls and many places specialized for all the needs of customer.

Cannes, Nice, St. Tropez and Monte Carlo, year by year host thousands of socialites, artists, potentates and personalities who come up for events including the Cannes Film Festival and the NRJ Music Awards. For that reason, the fashion houses have taken advantage of establishing boutiques in ostentatious districts of the French riviera, Bordeaux is classified “City of Art and History”. The city is home to 362 monuments historiques (only Paris has more in France) with some buildings dating back to Roman times. Bordeaux has been inscribed on UNESCO World Heritage List as “an outstanding urban and architectural ensemble” and is the world’s top prime wine tourism place, focus its luxury district around the Cours de l’intendance. Toulouse with pink and stylish architecture, Rennes with antique and medieval beauty (around the “rue de la Monnaie”), Nantes with its passage Pommeraye, Strasbourg offering French-German architecture and Lille’s downtown in north France holds several luxury houses.

Fashion is the art of applying design, aesthetics, clothing construction and natural beauty to clothing and its accessories. It is influenced by culture and different trends, and has varied over time and place.