These days knowledge of multiple languages is essential. You should be able to speak other languages also, along with English. French is one of the most significant languages that you should learn. It is the sixth most typically spoken language in the world. If you are looking for French language courses near me in Nagpur, then SevenMentor is the best..

French is a career asset
The potential to communicate in English and French is beneficial for finding a job with many international companies. They use French as their working language. In sectors like (retailing, luxury goods, automatic, aeronautics, etc.). France is the world’s fifth-largest economy. It persuades entrepreneurs, researchers, and the dream of foreign learners.

Study in France
Communicating French opens up chances for higher education at some of France’s prominent universities (Marie Curie University, the Sorbonne, Pierre), often on very favorable monetary terms. Learners with a reasonable level of French may be capable of applying for a French government grant to join a postgraduate class of their preference in France. It may lead to a globally accepted postgraduate degree.

Visit Paris and the rest of France
France is the world’s leading tourist destination. It persuades more than 79,5 million travelers a year. The proficiency in speaking even a little French makes it so much more delightful to travel to Paris and all the areas of France. It extends insights into French culture, intellect, and tradition. French also appears helpful when visiting Switzerland, Africa, Monaco, Canada, Seychelles, and other regions.

Language of global relations
French is an official and active language of the United Nations, in European Union people speak French. They also speak French in NATO, UNESCO, the International Olympic Committee, and the international courts. Mastery in French is crucial for anyone supposing a career in any global organization.

A language that unlocks the world
French, the third most commonly used language on the Internet, ahead of Spanish, After English and German. A capacity to understand French is beneficial. It extends an alternative perspective of the world through communication with French speakers from all over the world. You can watch the news from the top French-language multinational media (France 24, TV5, and Radio France Internationale). Due to all these reasons, SevenMentor provides the best French language Course Training in Nagpur. So you can add benefits to your career.

Why choose SevenMentor to learn French?
SevenMentor is the best French language institute in Nagpur, which provides knowledge of French. Our French language Classes fees are affordable for everyone. A person from any background can join this course. At French language Classes in Nagpur, we have Expert French Language Trainers. They have 10+ years of experience in educating learners. Trainers have arranged the course from the viewpoint to make the students master all four skills. You can learn about Listening, Reading, Speaking, and writing skills of the French language. Our trainers enhance the understanding of French by giving a balanced focus on the conceptual and logical elements of the French Language. You will learn all the levels of the French language in this training. Our trainers have arranged Course modules in sync with the rules of the benchmark norm set by the council (CEFR). The complete form of CEFR is The Common European Framework of Reference Language. The French Language Trainers at SevenMentor train and supervise the learners to clear the international certification exam effortlessly.
At SevenMentor Training Institute, we have an infrastructure of world-class excellence. We deliver wi-fi facilities and books from global writers. Our batches are on weekends and weekdays also. We compose the course as per the needs of customers and learners. We deliver descriptive study material. We provide classroom training with vocabulary and grammar review. It assists you in understanding French decently. We also transmit audio tutorials for understanding spoken French. It enables you to grab the tone and use the phrases. We assume in delivering standardized knowledge of French at the French language course in Nagpur. So we direct group conversations. It assists learners in discussing several topics with each other. It enables them to clear their suspicions and know French effortlessly. So it provides learners a logical experience of learning French with fun. At our Foreign language Classes in Nagpur, we appoint adaptable batch timings to ensure the requirements of pupils and assigned professionals. We have made it accessible weekday evenings and mornings. Our Weekend batches are also available as per your requirements. Corporate and Online Training is also attainable for your rational and comfortable learning. On the valuable attainment of the French language Classes in Nagpur, you will be awarded certification. This certificate conveys that you have earned in-depth knowledge of the listening, reading, speaking, and writing abilities of the French Language. This ability on your resume assists in increasing your profile during the interviews.

Online French Language Training in Nagpur is cost-effective, it is accessible from anywhere and anytime. SevenMentor provides knowledge of the French language through online training. Our trainers are Approved Language experts. They have 10+ years of mastery in French and broadens the understanding of the learners. For that purpose, they use a holistic process, so it is easier to learn french. By the end of the online French Language Course in Nagpur, we provide a self-evaluation checklist. It will assist you in knowing your result of improvement on crucial parameters. You will get an introduction to the fundamental topics of the French language. With the help of trainers, You will understand some fascinating French words, pronunciation, and sounds. Our trainers will help you know the words for specialists, animals, colors, objects, etc. In this online training, you will learn all the levels of the French language. Not just that, you will get to know about French history, culture, and civilization.

Our Trainer has in total more than 5+ years of experience in French language training in the corporate world. They have a diverse experience of working with Corporate professionals across geographies and have established a benchmark in delivering French language. They have worked across different profiles within functionality like French Translator, French trainer in the training field. We provide all levels & also the fluency of speaking French. They have a flair for French languages teaching and fluency to explain it easily to students coming from various backgrounds and years of experience. SevenMentor Certification has the credibility to enhance your knowledge and pave a road for a successful career. We will provide you training in a way that you can speak language very well with fluency. SevenMentor is also providing an ISO certificate to the students on successful course completion.

SevenMentor training Certification has the credibility to enhance your knowledge and pave a road for a successful career ahead in the professional world as a fluent French speaker. We will provide you training in a practical way that you can speak language very well with fluency. SevenMentor also provides ISO certificates to the students for their growth in career and job opportunities worldwide.

French language enables the scope to enhance your career as a Translator, Interpreter and Mediator.

French language experts can contribute to the teaching profession, as many people take French as a second language.

There are various MNCs employing French language experts and specialists for outsourcing work.

Several KPOs / BPOs are having French processes and shelling good remuneration for the same.

French is a land of Ideas and Innovations, which will enhance business opportunity globally.

French have awarded some of the great literature, music, artists, theater, and philosophical history to the world. An artist has good scope to enhance culturally

I have completed the Best French Language Classes in Nagpur from SevenMentor. I want to thank SevenMentor for their flexible timings. I am working as an I.T. professional. Due to my workload sometimes I miss my French class. But SevenMentor was so friendly and helpful to me so I could complete the class on time.

I want to thank SevenMentor as it provides Top French Language Classes in Nagpur. These classes are highly remarkable. With knowledgeable trainers and continued guidance, I could learn French with ease. They cover everything within a given time- frame. Anyone interested in learning French should join these classes.

SevenMentor is the best French Language Learning Institute in Nagpur. I liked the training style of SevenMentor, as it made me share my views. Knowledgeable and experienced trainers were there to train me. They cleared all my doubts. I am thankful to SevenMentor for making my money and time valuable. 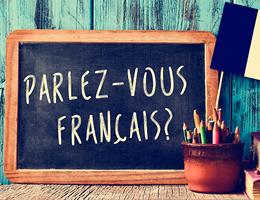 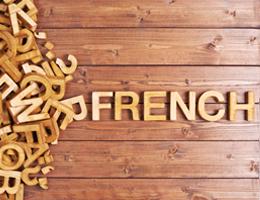 Corporate French Language Training in Nagpur is often seen as an extra employee advantage and enables to persuade ultimate talent to the business. SevenMentor provides the ability to speak French through corporate French Language Classes in Nagpur. Our trainers are certified, Language specialists. In this training, you will learn about The lifestyle and habits of the French people, and their traditions, etc. It will be fascinating to understand about it. You will know about their essential diet, their job culture. With this practical corporate French Language Course in Nagpur, you will learn to introduce people to numerous events. You will know about How to convey yourself in different situations. Our trainers will train you How to be pleased, how to congratulate anyone, and how to communicate consolations, etc. Not just that, You will get informed with numbers in French. We will teach you about Writing a digit, a date, a number, a numeric figure, or a quantity.

The Germans have their place in the history of time, and when it comes to the vocabulary, it follows exactly the exact same heritage. German Classes in Pune at SevenMentor...

English is the most ordinary speaking languages in the world. Even if we mention which language is employed in India for all the government work, altogether departments, mass media, educational...