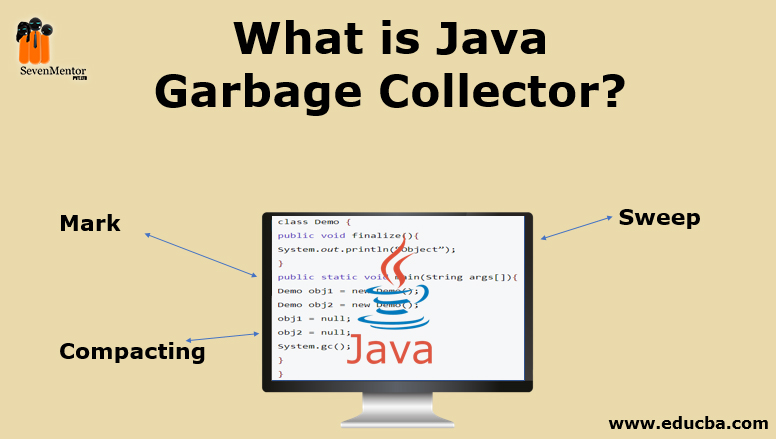 Java garbage collection is the process by which Java programs perform automatic memory management means automatically deletes already used or unused or unreferenced object . When our source code means java programs compiled by the compiler the   bytecode gets generated and that can be run on JVM(Java Virtual MAchine). When Java programs run, objects are created inside a heap memory , which is a portion of memory where the data of our program gets stored. Sometimes, some objects will no longer be needed. The garbage collector finds these unused objects and deletes them from memory to free up it.

Memory allocation to the Object –

The small size l objects are stored in Thread Local Area (TLA) which is a free space of the heap memory. When TLA gets full, it requests for new TLA to the JVM.

On the other hand, large size objects that do not fit inside the TLA are directly allocated into the heap memory.

When an object is eligible for Garbage Collection?

How does the Java Garbage Collector Works?

The heap is divided into three different sections:

During the full garbage collection process, unused or unreferenced objects in all generations are garbage collected and heap memory gets free to allocate new objects.

Types of Garbage Collectors in java –

CMS uses multiple threads that scan the heap memory and during the scanning process,, it marks the objects for removal , after scanning, it sweeps the marked objects. It does not freeze the application’s threads during the garbage collection process. GC threads simultaneously execute with the application’s threads. For this reason, it uses more CPU as compared to other GC.To use a CMS garbage collector, execute the -XX:+USeParNewGC JVM argument to activate it.

The Garbage First (G1) Garbage Collector  is used if we have a large (more than 4GB) space in heap memory. It divides the heap memory into equal-sized (usually 1MB to 32MB) parts, prioritizes them, and then performs the parallel garbage collection on that parts based on the priority.

The Eden, survivors, and old areas use this equal-sized parts for the memory allocation of the objects.