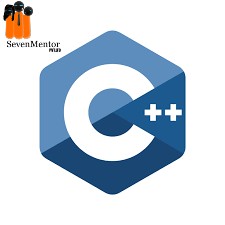 Hello Students in this blog from C and C++ Course in Pune, I am discussing the information about c#(C  sharp) Programming Language.

We  have  seen the number of  programming  Languages   Like   c, CPP, java    just  like  that  C# is  also an object-oriented  programming  language  developed  by  Microsoft that  runs  only  on the Dot Net framework

Using c#  we can develop secure and robust applications.

Now  Let’s understand what is  C# with the help of C and C++ Classes in Pune?

C#  is a Simple, powerful,  object-oriented  Programming  Language which is runs on the dot net framework only.   To create   C# programs we can use visual studio.

Anders Hejlsberg is the father of  C#  Language. Currently, C# 8.0  is running.

Dot net   Framework is a Collection of  Libraries that help us to develop different kinds of applications like a web application,  windows Applications, Mobile applications.  Dot net framework provides a wide range of features and support for any type of  Application.

Dot net framework is designed and developed by  Microsoft,  It was first released in 2000.

The framework contains a Large number of  Libraries, which are commonly known as  Framework  Class Library (FCL)  also known as   Base class  Library.

As a   dot net programmer, you need not learn all  Programming Languages. If you   Learn only one Language with the help of C and C++ Training in Pune that is enough to create Applications.

These are Some of the Common  Services.

Here is a  diagram of the Dot Net  Framework.

The main heart of  Dot net is  CLR(Common Language  Runtime).CLR  is the main execution engine. It Converts the program into machine Code.CLR    act as the interface between the Dot net framework and Operating System.

The task of  CLR is

FCL    is a  Collection of  Classes to build any type of  Application.  Also known as  Base Class Library.

C#1.0   was introduced in 2002 with  Some of the basic features  Now in c#  8.0. It has made so many major changes added different types of libraries.  To create a fast and secure and robust application.

C#  provides several features that are mentioned below.

C# is an object-oriented  Programming Language.

Compared to other programming Language  Compilation and execution time of c#  is  Fast. So we can choose it for development.

C#    Language  Syntax  Looks like java only. C#  is mainly influenced by  CPP.

Description of the Above Program.

Using is a keyword. The system is the namespace. the namespace contains a group of classes. a namespace is used to organize programs for easy access.

Class is a  keyword used to declare the class. Class a blueprint for creating objects.

Static: it is a keyword this helps to access the main method without the object. So it saves memory.

string[] args:   this is a Command-Line argument that is passed from the operating system.

Console.WriteLine:  From  Console  Class, the Write Line method is used to display output on Screen.

Variables and  Data types  in C#

C#  is a strongly typed language. So we need to specify a data type for the variable. You can not assign one value to another value. In C# variables are divided into two types based on memory and how the variables store the value.

Value Type:   In value type data and variables holds the data in their own memory space.

The followings are   value  Type

Reference Type:   Reference type does not store its value directly. But it stores the address of the value. In reference  Type, it always contains the pointer to another memory location.

The followings are reference  Types.

We  can  Declare  Variables  with  the  following  Syntax

the data type  can  be  value  type  for reference Type

Here  is  a  Program  for  variables

Every data type has a  default value like all  Numeric data Types        Weather you declare int, long, byte, short have  0  value.

And boolean has a false value   String has a null value. And char has ‘\0’.

The variables which are declared in a  method or function is known as a local variable. The scope of the local variable remains inside a  function only.

In c# 7.1      every data type default value.  The values of certain data types are automatically converted into other data types in c#. this is called an implicit conversion.

For example, an int can be converted into afloat.

The Dynamic Data Type Concept is introduced in c#(4.0)  and dot net framework (4.5). In Dynamic  Data Type without declaring the dataType of the variable, you can store any value that value will be checked at run time rather than compile time.

Dynamic.  This is a  new data type introduced in c# 4.0. This dynamic will escape the type checking at compile time. The variable type will be checked at run time only. The dynamic variable will be declared by the dynamic keyword.

After compiling and running the program we will get output based on the value of the variable.

dynamic types changes at run time based on assigned value.

The compiler can convert any object into a dynamic type implicitly. This is a boon for developers.  So developers can easily switch between dynamic and non-dynamic types.

A mostly dynamic data type is used in API  Programming  Like COM APIs like office automation API. In C#  dynamic keyword implementation can be done in  IronPython,  IronRuby Languages.

Var:  var can be used to declare any built-in data type or user-defined data type or anonymous type.  C#  Compiler implicitly converts based on the data type. It is introduced in c# 3.0.

This is used mostly in  Lambda  Expressions.

var is known as an implicitly typed local variable. You need to assign value to Var otherwise  Compiler will give a compiler error.

This line will give compilation error.   variable  must be  initialized   immediately.

Multiple declarations of var are not allowed.

Single line declaration is not allowed.

Var cannot be used as a function parameter.

1) Var can be used in for loop and foreach loop.