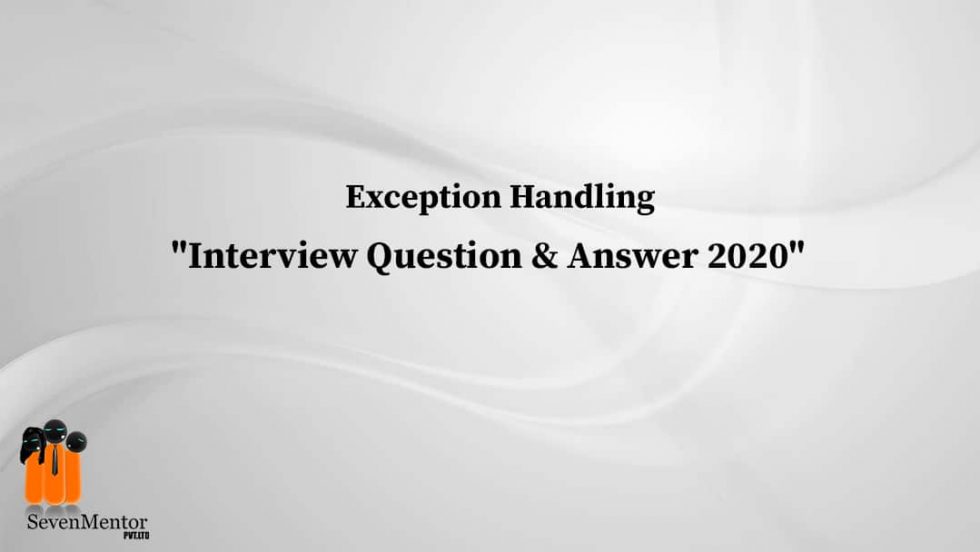 A exception can be handled and error cannot be handled.

2) Why java is robust?
Ans- Java is robust because of strong exception handling mechanism and automatic memory management.

For example:-
• If you try to divide an int by zero, a runtime exception called Arithmetic Exception occurs due to logical problem.

• If the size of the array is 5,and you have inserted more than 5 elements which is logically wrong because size of array is fixed and you cannot insert more than size, so it will throw ArrayIndexOutOfBoundException at runtime.

6) Difference between finally and finalize.
Ans-

7) Difference between throw and throws.
Ans-

class MyException extends Exception{
}
You just need to give a meaningful name to the exception.

For example:
When we try to divide a number by zero, ArithmeticException occurs .The real reason behind this was that an I/O error occurred, which caused the divisor to be set improperly.

Multiple catch blocks are used to customize the exception in different ways. We can specify as many types of exception we want depending on the situation but following the hierarchy rule.

It will display a detailed message about the exception that has occurred.

2 public Throwable getCause ():-
returns the reason of the exception thrown by a Throwable object.

Returns the package name, class name, method name and line no of the exception occurs.
i.e. it traces the exception from the root.

Returns an array which consists of each element on the stack trace. index 0 contains
the top of the call stack, and the last element in the array contains the method
at the bottom of the call stack.

13) List the situation when finally will not get executed?
Ans-

The situations are as below:

1) If we write System. exit () in try block, then the program will be terminated finally block will not get executed.
2) If a compilation error occurs or when the loop goes into infinity.
3) If there is a exception in a code which is not surrounded by try, finally will not get executed as finally is associated only with try.