Introduction to Docker with Microservices.

Introduction to Docker with Microservices. 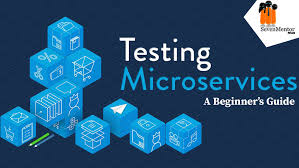 The isolated network of Docker

Finally, the file system is optimized. There are layers in the file system. When a microservice reads a file, it goes through the layers from top to bottom until it finds the data. The containers can share layers.

The drawing below shows this more precisely. The file system layer at the bottom represents a simple Linux installation with the Alpine Linux distribution. Another layer is the Java installation. Both applications share these two layers, which are stored only once on the hard disk, although both micro services use them. Only the applications are stored in file system layers that are exclusively available to a single container. The lower layers cannot be changed. The microservices can only write to the top layer. The reuse of the layers reduces the storage requirements of the Docker containers.

One process per container

File systems of Docker containers can be exported as Docker images. These images can be passed on as files or stored in a Docker registry. Many repositories such as Nexus and Artifactory can store and provide Docker images just like compiled software and libraries. This makes it easy to exchange Docker images with a Docker registry for installation in production. The transfer of images from and to the registry is optimized. Only the updated layers are transferred.

One process per container

Only one process is supposed to run in one Docker container. This means that only as much of the operating system is required as is needed to run that process. For a Java application, we use the Java Virtual Machine (JVM), which requires some Linux libraries that are loaded at runtime. A shell is not necessary, for example. Therefore, distributions like Alpine Linux, which are just a few megabytes in size, only contain the most important tools, making them an ideal basis for Docker containers. The programming language, Go, can create statically linked programs. In that case, nothing else has to be available in the Docker container beside the program itself, and no Linux distribution is required at all.

The Docker host on which the Docker containers run only has to run Docker containers. Many Linux tools are therefore superfluous. CoreOS is a Linux distribution that can run little more than Docker containers and, for example, considerably simplifies operating system updates of an entire cluster. CoreOS can also serve as a basis for Kubernetes.

The drawing below shows an overview of the Docker concepts.

Compromises are made with regards to robustness. A memory leak in a microservice can lead to the failure of all microservices. The microservice would allocate more and more memory until an out of memory error is thrown and the entire Java application server crashes. Separate scalability is also difficult to implement because each server contains all microservices and, therefore, only all microservices can be scaled together.

This makes the scaling more complex than in cases where each server contains only one microservice as unneeded microservices are also scaled. Of course, it would be possible to run each WAR on a separate Java web server and have multiple instances of each of these Java web servers. But then the WARs would no longer run together on one Java web server.

And finally, all microservices run in one operating system process, which is a compromise in terms of security. When a hacker can take over the process, he or she has access to the entire functionality and data of all Microservices

In return, these approaches consume fewer resources. An application server with several web applications requires only one JVM (Java Virtual Machine), only one process, and only one operating system instance. Furthermore, there is no need to introduce a new infrastructure if application servers are already in use, which can reduce the workload for operations.

Call the Trainer and Book your free demo class now!!!