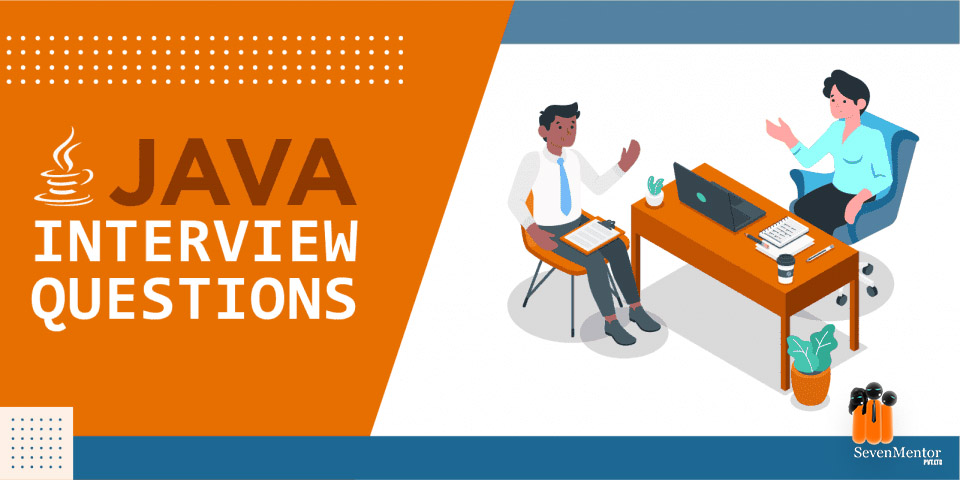 Q1. What is the difference between “==” and “equals( )” in comparing Java String class  objects?

Q2. How are Strings interned in Java?

By using the intern() method of the Java String class. It creates an exact copy of the heap string object in the String Constant Pool. Using intern() we can save a lot of memory consumed by duplicate string objects. A string is duplicated if it contains the same content as another string but it can be stored in different locations in the memory.

Q3. Why is the String class immutable in Java?

Java uses the concept of string literal and when we create object using string literal method that object is created inside  SCP(String Constant Pool area).

While storing these literals object inside SCP Jvm first check whether string object content which we define in the program is already present in the SCP area or not.

If it is already present in the SCP then no new object will be created and JVM simply returns reference of that original object else it creates the new object and assigns reference variable to that obj.

Again when new string literal object is created by the programmer again JVM Checks that this string objects content is already there or not if it is present then it return the ref of second object into the first object and so on.

This way JVM create only one object and assign the ref of the other entire object to the same object which it creates first. But if we try to make any change into one of reference variable then that changes may affects all the other object/reference var.

So to avoid this java makes string as immutable objects.

final is the keyword and access modifier in java  which is used to apply restrictions on a class, method and  variable.

If we declare variables as a final then we cannot change the value of that final variable. It remains constant throughout the program

If we declare a method  as a final then we cannot override that method in child class.

finally is the block  or keyword in Java Exception Handling in which we can  write the code that we want to get executed always  whether the exception occurs or not.

finalize is the method in Java which is used to perform clean up activity just before an object is garbage collected by the garbage collector of the JVM.

When you have multiple methods having the same name but with different parameter lists, and that all methods are defined inside the same class the case is called Overloading.

On the other hand, Overriding refers to a situation where we have multiple methods with the same name and with , but that method is defined  in a parent and child class respectively.

When Java programs run on the JVM, objects of that class can be created inside the heap, which is nothing but  a portion of memory allocated  to the program.

Over the lifetime of a Java program, new objects are created and destroyed. Eventually, some objects are no longer needed. So that every time , the heap memory consists of two types of objects:

Q10. Will the program run if we write static public void main?

Yes, because we can change the order of modifiers in java

Q11. What is a Marker Interface?

Object cloning is the process by which we can  create an exact copy of one object into another .To do this process we have a clone() method of Object class.

Q13. Why is Java not completely object-oriented?

Java is not a fully object oriented programming language because it supports primitive data types of c like int,short,byte,long,float,double etc.,which are not objects.

The wrapper class in Java provides the mechanism to convert primitive types/values into object and object into primitive.

The process of converting  primitive types/values into objects  is called boxing and since J2SE 5.0, this process can be done automatically. That’s why it is called autoboxing.

The process of converting  objects back  into the primitive values is called as unboxing and since J2SE 5.0, this process can be done automatically that’s why it is called as auto-unboxing

A java package is a collection or group  of similar types of classes, interfaces and sub-packages.

Package in java can be divided  into two types , built-in package and user-defined package. To used the classes from other program without actually copying them into program then this can be achieved in java by using Packages

Q16. Can you implement pointers in a Java Program?

Java doesn’t support pointers, but has references instead. These are essentially the same thing, with the difference being that you’re dealing with pointers to objects in java and not pointers to memory locations. What this means is that you can’t perform  operations like incrementing a pointer and getting a reference from anywhere else. Pointer arithmetic isn’t supported.

String pool is Separate place in the heap memory where the value of the String or string object which is defined in the program gets stored.

So, when we use the first way(by string literal) to create a string object, the String is stored inside SCP by the JVM. Whenever you create a string by using  literal, the JVM checks the “string constant pool” first. If the string already exists in the pool, it does not create a new string, it simply returns the new reference to that already existing string.

If the string doesn’t exist in the pool, a new string object  is created in the pool. Thereby no memory gets wasted for repeated content of object so to avoid memory wastage and increase reusability of object, java has the concept of String literal.SCP is used for reusability purposes in java.

An exception (or exceptional event) is a situation  that occurs  during the execution of a program. When an Exception occurs  the normal flow of the program is disrupted and the program/Application terminates abnormally and that is not recommended hence these exceptions need to be handled  .

Based on these, we have two categories of Exceptions

A checked exception is an exception that is checked  by the compiler at a time of compilation of a program, these are also called as compile time exceptions.

An unchecked exception is an exception that occurs at the time of execution of the program. These are also called Runtime Exceptions. These include the improper use of an API or programming bugs, such as logic errors or. Runtime exceptions are ignored at the time of compilation/Java’s compiler does not check for this error during compilation.

Q 19 . Why do we need to handle exceptions in the program?

Because, if an exception will get occured in our program, then due to these exceptions our rest of the code will not get executed even if it is correct and will not get proper output. So to maintain the proper flow of our prog execution, we need to handle the exception

Q20. What is Type casting in Java?

Casting is nothing but conversion of one datatype to another datatype

There are 2 type of Casting :