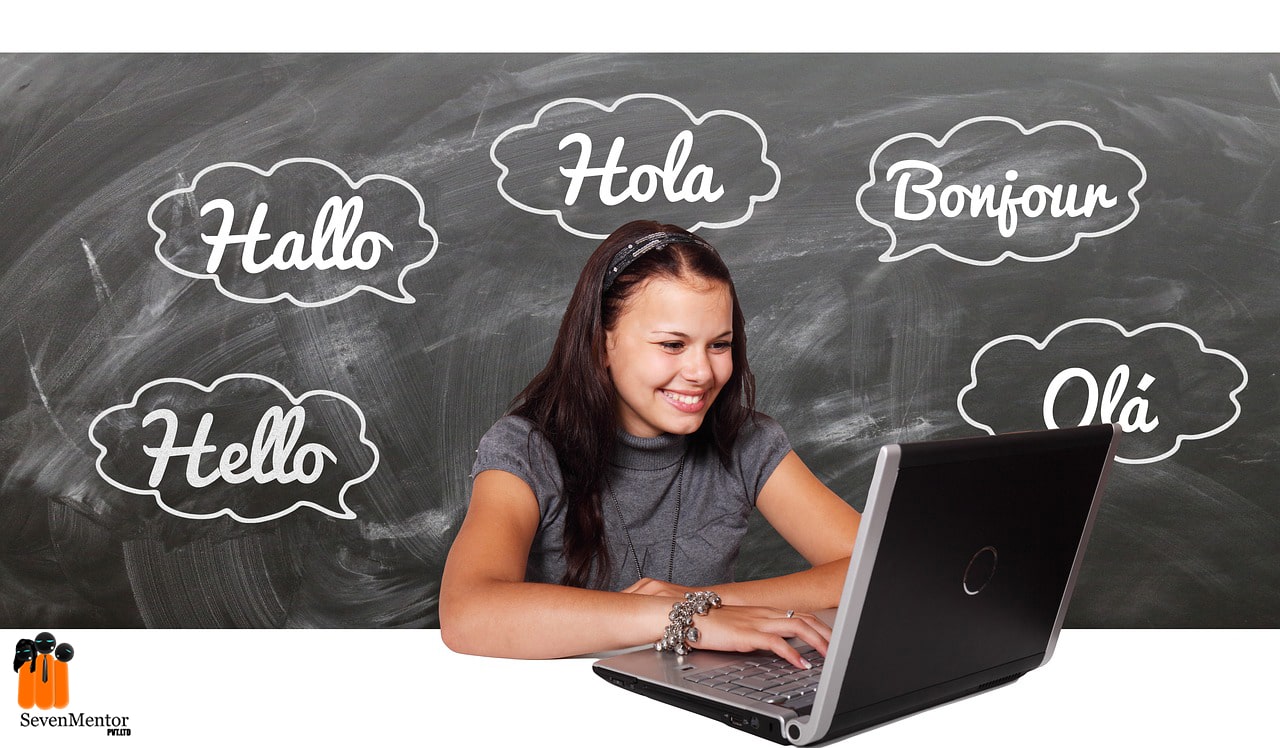 Of the languages of France, French is the sole official language according to the second article of the French Constitution. French, a Gallo-Romance language, is spoken by nearly the entire population of France.

In addition to French, several regional languages are also spoken to varying degrees, such as Alsatian, a Germanic dialect (spoken by 1.44% of the national population); Basque, a language isolate; Breton, a Celtic language (spoken by 0.61%); Corsican, an Italo-Dalmatian language; and various other Gallo-Romance languages (Langues d’Oïl 1.25%, Occitan 1.33%). Some of these languages are also spoken in neighbouring countries, such as Belgium, Germany, Switzerland, Italy or Spain.

French phonology is characterized by great changes in the sounds of words as compared with their Latin parent forms as well as cognates in the other Romance languages. For example, Latin secūrum ‘sure, secure’ became Spanish seguro but French sûr; Latin vōcem ‘voice’ became Spanish voz but French voix, pronounced vwa.

French grammar, like that of the other Romance languages, has been greatly simplified from that of Latin. Nouns are not declined for case. Formerly, they were marked for plural by the addition of -s or -es, but the ending, though retained in spelling, has generally been lost in speech. Masculine and feminine gender are distinguished but are usually marked not in the noun but rather in the accompanying article or adjective. Plural marking in spoken French is often similarly distinguished. The verb in French is conjugated for three persons, singular and plural, but again, although distinguished in spelling, several of these forms are pronounced identically. French has verb forms for indicative, imperative, and subjunctive moods; preterite, imperfect, present, future, and conditional, and a variety of perfect and progressive tenses; and passive and reflexive constructions.

Linguistic change was more rapid and more drastic in northern France than it was in other European Romance regions, and influence from Latin was comparatively slight (though borrowing of Latin vocabulary has been great since the 14th century). The influence of the Germanic Frankish invaders is often held to account for exotic features in Old French, such as strong stress accent and abundant use of diphthongs and nasal vowels, but by the 15th century the language had begun to change, and a sober (even monotonous) intonation and loss of a stress accent became characteristic. The popularity of French as a first foreign language, in spite of numerous pronunciation difficulties for nearly all foreign speakers, is perhaps as much the result of the precise codification of its grammar, effectuated especially during the 18th century, as of the brilliance of its literature at all periods.

A revision of the French constitution creating official recognition of regional languages was implemented by the Parliament in Congress at Versailles in July 2008.

The 1999 Report written for the government by Bernard Cerquiglini identified 75 languages that would qualify for recognition under the government’s proposed ratification of the European Charter for Regional or Minority Languages. Of those languages, 24 are indigenous to the European territory of the state while all the others are from overseas areas of the French Republic (in the Caribbean, Indian Ocean, Pacific Ocean and South America).

Although ratification was blocked by the Constitutional Council as contradicting the Fifth Republic’s constitutional provision enshrining French as the language of the Republic, the government continues to recognise regional and minority languages to a limited extent (i.e. without granting them official status) and the Délégation générale à la langue française has acquired the additional function of observing and studying the languages of France and has had et aux langues de France added to its title. The category of languages of France (in French: langues de France) is thus administratively recognised even if this does not go so far as to provide any official status. Following his election as president, François Hollande reasserted in 2012 his campaign platform to ratify the European Charter and ensure a clear legal framework for regional languages (within a programme of administrative decentralisation that would give competencies to the regions in language policy).

The regional languages of France are sometimes called patois, but this term (roughly meaning “dialects”) is often considered derogatory. Patois is used to refer to supposedly purely oral languages, but this does not, for instance, take into account that Occitan was already being written at a time when French was not and its literature has continued to thrive, with a Nobel Prize for Frédéric Mistral in 1904.

It is estimated that at the time of the French Revolution in 1789, only half of the population of France could speak French, and as late as 1871 only a quarter spoke French as their native language.

The topic of the teaching of regional languages in public primary and secondary schools is controversial. Proponents of the measure state that it would be necessary for the preservation of those languages and to show respect to the local culture. Opponents contend that local languages are often non-standardised (thus making curricula difficult), of dubious practical usefulness (since most are spoken by a small number of people, without any sizable corpus of publications) and that the curriculum and funding of public schools are already too strained. The topic also leads to wider controversial questions of autonomy of the régions. Regarding other languages, English, Spanish, Italian and German are the most commonly studied foreign languages in French schools.

In April 2001, the Minister of Education, Jack Lang, stated formally that for more than two centuries, the political powers of the French government had repressed regional languages, and announced that bilingual education would, for the first time, be recognised, and bilingual teachers recruited in French public schools.

Some of the languages of France are also cross-border languages (for example, Basque, Catalan, Corsican, Dutch, Franc-Comtois, Franco-Provençal, Norman, Picard, Occitan and others), some of which enjoy a recognised or official status in the respective neighbouring state or territory. French itself is also a cross-border language, being spoken in neighbouring Andorra, Belgium, Italy, Luxembourg, Monaco, and Switzerland.

French Sign Language is also recognised as a language of France (with at least one regional variant in Provence).

Although intellectuals turn toward France for cultural inspiration, the pronunciation and usage of standard French is sometimes derided by French Canadians; this may be because their English compatriots are taught Parisian French at school. The French-speaking population of Canada is growing relatively fast, and more than four-fifths of the population of Quebec province uses French on a daily basis. The continuing activities of the separatist movement provide evidence of the persistence of resentment among many French Canadians.