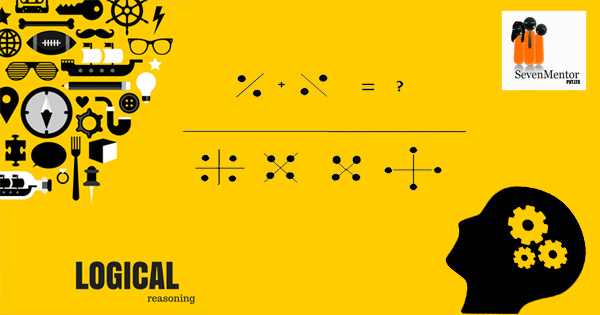 Hello all, Being an Aspirant of competitive Exams, now  I start working as a Trainer for Banking , SSC,LIC and Railway Exam, on the basis of my experience sharing Views on one of the crucial topic of Logical Reasoning i.e. Direction sense. In every competitive exam 1 or 2 questions may ask from this topic. Generally questions are based on:

To Find the shortest distance between initial point and final point, use Pythagoras Theorem i.e. H2=B2+P2.Where H denotes Hypotenuse, B denotes Base and P denotes perpendicular.

1) Draw the diagram with respect to the four directions East, West, North and South.

2) Find the distance from Initial to Final Point.

3)  Solve the question by carefully observing the graphical presentation.

Example: 1 Suppose Rohan start from his house (H) travel 4km to west then take 3 km to north to reach his office (O). Then find the distance from house to office.

Distance from initial to final point = 5 km + 3 km = 8 km.
In which direction man is from the initial point = East.

Example 3. Sohan After walking 6 km, turned right and travelled a distance of  2 km, then turned left and covered a distance of 10 km. In the end he was moving towards the north. From which direction did he start his journey?

Example 5. A watch shows 4.30. if minute hand points to east, in which direction will the hour hand point?

Example 6. One evening, two friends Reena and neha were talking to each other, with their backs towards each other, sitting in a park. If Reena shadow was exactly to the left of her, then which direction was neha facing?

Reena shadow fell to her left i.e. towards East (as it was evening). So, Reena was facing South. As neha had her back towards Reena,  neha was facing North.

Example 7. Mohan was walking on the road early morning after the sunrise and his shadow was failing to his left. Which direction was he facing?

In morning the shadow of any object is form in west.

According to question, to the left of mohan is the west. Therefore, he was facing towards north.