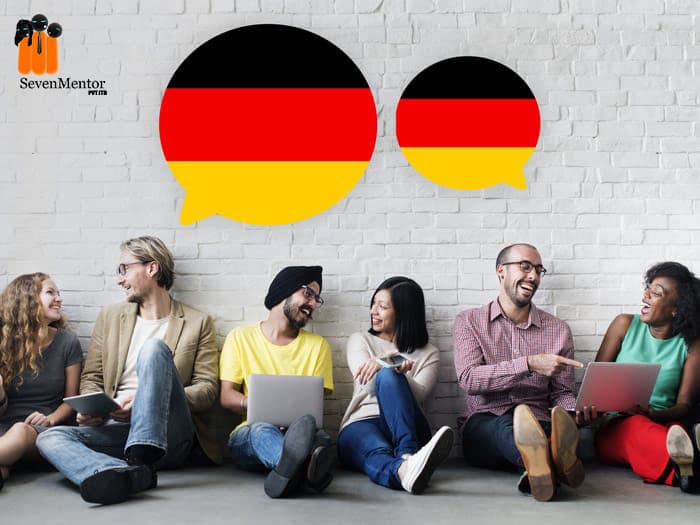 Learning a language involves various dimensions, also it involves exploration of the cultural aspects of a country and its way of life. Customs and traditions represent a crucial aspect of a country. They set appropriate guidelines, attitudes, and behaviors. Traditions incorporate a sense of belonging; they reinforce values such as integrity, an ethical upbringing, and strong work ethics. Here’s one such aspect within German Language Classes in Pune that promotes these characteristics among young learners.

Children possess the quality of being inquisitive. Their eagerness towards learning is ceaseless. Every child learns in his/her distinct ways, preference, and rhythms regarding acquiring knowledge. To promote these skills, it’s effective to have an efficacious atmosphere in German Language Course in Pune to combine cognitive and affective learning. Accordingly, the pedagogues have set the rules for the play city mini-Munich to invigorate a learning process that is organized and coordinated by children. The city is exquisitely arranged by adults but it is the children, who create the functional dynamics of the city life in a predetermined manner.

Here a miniature model of the city Munich is created which provides the theme of the game:  like work, study, administration, politics, culture, and public life. This efficiently created parallel world provides an insight to the children in aspects of living together and awareness regarding responsibilities as a citizen in a trial and error functioning. The young ones however carry out the roles very seriously.

The project started 36 years ago in the Olympic park of Munich and is organized by children aged from 7 to 15 years of age. Children gave the name play city mini-Munich. After substantial support from the civic authorities, the project occurs every two years. The two weeks long event which is learned and managed by children is financed by the municipality of Munich.  Over approx 28000 children participate in the event conducted worldwide and are accompanied by 3000 visitors and guests. The parents are only welcomed in the play-city as visitors and aren’t allowed to participate.

‘City-Life’ is the core theme behind Mini-Munich. It exhibits aspects such as the working of a city, the local politics, and administration authorities, work cycles, and the organization of money. These render experiences to the children. The functioning of the real city is thus connected to the imaginary creation of students thus promoting a playful learning environment that combines acquiring knowledge with imagination and fun. The children undertake different professional responsibilities in different organizational institutions and manage routine transactions. They also take the charge of paying salaries, generation of employment, purchase management alloting prices and sales, etc in democratic functioning. Also, when things don’t function well, then a threat of strike prevails as it happened in the University of play-city Munich last year.

On their first visit, the children obtain a Mini-Munich Id card which contains all important information and the introductory rules of the game. The rules of participating in the play city are less complicated and extremely simple so that everyone can immediately play along. The work and study timings are mentioned in the ID for every child. The children then look for job centers with more than 800 Job vacancies. Almost all workstations are occupied within an hour. After deduction of a tax, the earned play money can either be saved or spent in a department store, lodging guesthouses, cinema, or theater.

Over 500 places to study are offered daily. Anyone who has worked four hours and studied four hours can become a” full citizen”.  These ‘’full citizens’’ are allowed to vote and can, for example, be elected as the mayor or the city councilor of the play-city. Only then they are eligible to buy a piece of land and build a house or start their own business. The children carry out all the jobs in all areas within the play city: For example, they work as chefs and cook the dishes in the guesthouse or they write the articles for the newspaper. They organize who does what work, allotment of the responsibilities, they also determine the salary, buying and selling and prices of commodities. In short: they ensure that the city works completely independently. Other than the internal functioning dynamics, which are constantly evolving and changing according to the participating children, the game hasn’t seen any other changes in the last 30years.

A translation office is set up in the play-city which makes it even more convenient for children with varied mother-tongues around the world. Thus the visitors from other countries feel welcomed. Mini-Munich is also global and international; Mini-Munich opens up children’s embassies from all over the world. In addition, there are now similar projects around the world, e.g. in Japan. Also, a children’s delegation from various other countries such as India, Italy, the Czech Republic, Austria, and many other countries visit the play city in Munich for participation. Thus children from various cultures become a crucial part of the play-city. Special events and institutions encourage hassle-free exchange between children from different corridors of the world. Exhibitions similar to “the Life of Children in Favelas” or “Toys from across the world”, as well as temporary institutions like the Japanese Tea House, spark the curiosity of children from diverse societies and thus become a pivotal part of Play City life.

Mini-Munich is the largest external vacation program of the City of Munich. Amongst all of the children, most of them come from Munich and Greater Munich area, others are either from other regions of Germany or neighboring countries. In numerous cases, these children choose to spend their vacations with cousins in Munich, specifically because they want to attend Mini-Munich.

Mini-Munich starts every day at 10.00 am till 5.00 pm, except on Saturdays and Sundays. Entry and participation are free of charge and children can come without previous enrollment or booking. Every child is free to take part as long and as frequently as he or she wishes to. Accompanied groups of children and teenagers, visiting from other vacation exertion programs, have to register and book in advance of their visit. Nearly all areas of the Play City are hurdle-free. There are approx. 140 adult staff members’ in Mini-Munich instructors, artists, professional experts from different fields, among them numerous former Play City actors. Young participants (from age 16) can share and support the Play City daily. Mini-Munich costs about 225 000 Euros. In which roughly half of the backing is handed by the civic authorities, and the other half is handed by private sympathizers and guarantors. German Language Training in Pune also offers an opportunity for the foreign learners of the German language to improvise and master their language skills. Thus it serves the purpose of a multi-faceted learning platform in a playful manner.