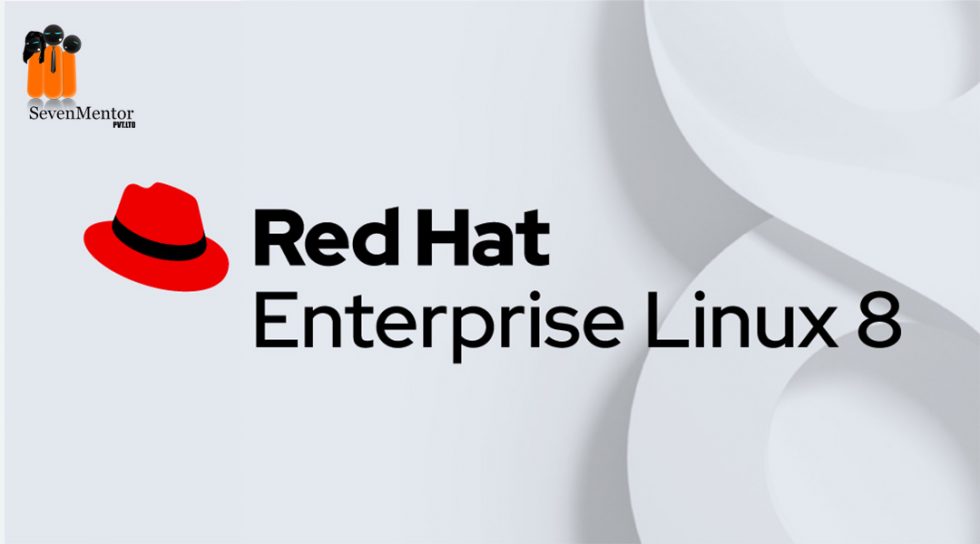 Let us see a high level view of some of the new features that are introduced in RHEL 8.

RHEL 8 is using kernel version 4.18 and based on Fedora 28. RHEL 8 is now supporting upto 4 PB of physical memory because of 5-level paging support. Earlier version RHEL 7 has 4 level paging that allows addressing space of 256 TiB, same has been increased to 128 PiB and thus increasing physical address space up to 4 Pib

Control Group V2 is supported that manages and distributes system resources in a better way compared to the previous version. Control group v2 has only single hierarchy that categorizes processes based on the role of the owner thereby removes the conflicts policies arising due to multiple hierarchies.

Enhancement in sosreport and kdump is also done. RHEL 8 now supports early kdump compared to previous versions in which kdump was not able to capture crash information early. eBPF based programs and maps can be reported using sosreport.

RHEL 8 offers improvement for package management tool yum, which is now based on DNF  (Dandified Yum) technology that is advanced and has better performance with support for modular content. RPM version 4.14 is distributed in  RHEL 8 and rpm now validates the package content before starting the installation. Support for packaging files above 4GB in size is added.

Among the features that users are particularly interested in is the new Web Console feature.

The Web Console is based on the open-source Cockpit project that first appeared in Red Hat’s community Fedora 25 Linux distribution in 2016. The Red Hat Enterprise Linux web console is based on the Cockpit project, scaled and hardened to support the production role of Red Hat Enterprise Linux 8. He explained that the web console is intended to do specific, system-level monitoring and maintenance, like managing virtual machines and assessing system.

Red Hat users have long had multiple options for system management, with the other primary tools being Satellite.

RHEL 8 is having pre-installed cockpit packages on non minimal installations as well as firewall ports are opened, Package can be obtained from RHEL default repositories for minimal installations. Cockpit’s web interface can be used for managing machines remotely easily.

Virtual Machines can now be created and managed using Cockpit. Another enhancement is that the Networking page allows modification of firewall rules.

Replacement of nfsnobody user with nobody

nfsnobody and nobody user of RHEL 7 with ID of 65534 and 99 respectively have been merged as single user nobody with ID 65534 and RHEL 8 installation no more creates nfsnobody user.

RHEL 8 comes with nginx 1.14 available in the base repository.

RHEL 8  Desktop Environment has been rebased to GNOME 3.28 that include new features like on screen keyboard, extended device support. Wayland replaces the X.org of previous RHEL release and is the default display server in RHEL 8 that offers advantages like improved multi-monitor support, enhanced UI scaling.

iptables has been replaced with nftables as default packet filtering framework which is the successor to  iptables, arptables, and ebtables tool.

nftables has several advantages like it offers single framework for ipv4 and ipv6 protocols packet filtering. Another utility nftrace is provided that helps in debugging and tracing in the ruleset.

The openssh package have been upgraded to version 7.8p1 that removes support for ssh version 1 protocol, Enhancement in rsyslog is also there with upgraded rsyslog version 8.37.0.

Red Hat Enterprise Linux 8 delivers full support for the Red Hat container toolkit, which provides technologies for creating, running and sharing containerized applications. Based on open standards, it includes tools like Buildah aka CRI-O, Podman, Skopeo and runc tools are alternative to dockers and can be used to manage containers.

With Application Streams, an organization can choose different version numbers of supported software stacks that can run on Red Hat Enterprise Linux 8. A primary reason why Red Hat has long associated specific version numbers with a given enterprise platform release has been to provide certifiable software that won’t break other software running on a system. The concept of compatibility and stability will still carry forward with Application Streams as well.

With the release of RHEL 8, Red Hat Insights will become a core part of the Red Hat Enterprise Linux subscription at no extra cost.

Formerly sold as a freestanding product, Red Hat Insights is a hosted service that provides customers coaching on the configuration and performance of their systems.

We take everything we’ve learned in our support system, all of our knowledge base articles and our own in-house technical and architectural expertise, and using this Insights service, we can take a look at how a customer has deployed and configured their RHEL systems and give them advice. Rather than a traditional support model where we wait for them to call us with a problem, we’re actually actively offering guidance on how to best run their RHEL systems.

The idea is that every month, somebody should be able to get new advice and new coaching through that Red Hat Insights feature. So it’s not just a matter of getting the software and keeping it updated, we’re also providing you with a steady stream of new advice over the lifetime of the product.

As part of the new platform rollout, Red Hat is also announcing its new Universal Base Image (UBI) effort.

At the core of Red Hat Enterprise Linux is a Linux 4.18 kernel, which is a kernel that was first released by Linus Torvalds in August 2018.

This means that we have established a kernel ABI that we will preserve for the life of RHEL 8 and backports are measured against.

Red Hat Enterprise Linux 8 supports the OpenSSL 1.1.1 and TLS 1.3 cryptographic standards to enhance security. Cryptographic protection can be implemented system-wide with a single command, limiting the need for application-specific policies and tuning.

Some customers have regulatory requirements to use only certain kinds of encryption in their systems. To comply with those regulations, it has historically meant searching through hundreds of configuration files on the system to make sure that each component was using the right cryptography policy part.

We’ve now consolidated all that into one place, so you can set your cryptography policy in one place and have that enforced all the way across a system, which should save people a considerable amount of time, especially if they’re in regulated environments.

One of the challenges that operators have in hybrid environments is creating consistent images.

Operators are accustomed to working in terms of gold images – to get a system configured in exactly the right way, and then deploy 1,000 copies of that golden image. That becomes more complicated when you’re in the hybrid world, because not everything you’re deploying on looks exactly the same. Physical servers are going to look different than a virtual machine is going to look different than a public cloud.

The Image Builder tool allows for the creation of Blueprints for what an operating system is going to look like.

Using this Image Builder tool, an operator should be able to more easily get a consistent operating environment, regardless of what infrastructure they’re running on, whereas before, that was a very manual, labor-intensive task. You hit one button, and it creates a version based on that Blueprint that is for physical servers, and another button will create one for a virtual machine, and another for an Amazon public cloud.

Geolite2 databases now replace Geolite databases in RHEL 8. There are many applications that can benefit from the addition of geo-location technology. For example, the GeoLite2 commercial redistribution license can be used for ad-serving engines, traffic locking/redirecting tools, web analytics, spam-filters, and firewall software.

Red Hat began introducing System Roles with RHEL 7 – it was made available as a technology preview with RHEL 7.4 – but it’s made a big investment for RHEL 8.

What System Roles provides is a consistent interface for doing those routine tasks, an interface that allows automated configuration and management systems to go perform things like setting up time servers or setting up a DNS system. And we’re making a promise that that interface will stay consistent across major versions of the operating system. In the past, if you were deploying a new version of the operating system, you’d have to go back and kind of retool.

Existing Red Hat Enterprise Linux subscribers can upgrade to RHEL 8, and that upgrade will be more seamless than in the past, according to Red Hat.

Traditionally, it has not been as smooth as we would have liked.  But with Red Hat Enterprise Linux 8, this was an explicit design goal to allow for what we call in-place upgrades – that is, being able to take a running machine, run some commands, run the in-place upgrade tools on that machine and have that machine update itself to Red Hat Enterprise Linux 8. That was something we worked very hard on making possible.