What is Cucumber? Cucumber is a testing tool perspective which supports Behavior Driven Development. It explains the behavior of the application in a simple English text language i.e using Gherkin language.

About selenium webdriver with cucumber

What is Cucumber?
Cucumber is a testing tool perspective which supports Behavior Driven Development. It explains the behavior of the application in a simple English text language i.e using Gherkin language.Also cucumber is a tool which is used to write acceptance tests for the web application. Cucumber allows automation of functional testing validation in easily readable and (like plain English text) understandable format to Testers ,Business Analyst (BA), Developers, etc.
In Cucumber, there is a feature files which serve a good document for all. There are many other tools like JBehave which also support Behavior Driven Development (BDD) framework. Initially, Cucumber was developed in Ruby and then extended to Java framework. Both the tools support JUnit.

Behavior Driven Development (BDD)is an extension of Test Driven Development(TDD) and it is used to test the system rather than testing the particular piece of code. In this course we will going to discuss more about the BDD and style of writing BDD tests. Cucumber can be used along with Selenium, Capybara , and Watir etc. Cucumber supports many other Programming languages(PL) like Jva ,Perl, PHP, Python, Net etc.

Why use Cucumber with Selenium?
Cucumber and Selenium are two popular technologies. Other organizations use Selenium for functional testing. SevenMentor provides the course of " selenium with cucumber" where Selenium want to integrate Cucumber with selenium as Cucumber makes it easy to read and understand the application flow. Cucumber tool is based on the Behavior Driven Development (BDD)framework that acts as the bridge between the following people:


Why learn cucumber?
Testing is one of the most important parts of a software development lifecycle (SDLC). To test whether test script or code is working according to the expectations, software testing is paramount before releasing it into production. Modern testers are leveraging a methodology termed as Behavior Driven Development (BDD)and the Cucumber framework is a flagship tool for the same. Where the the back-end code of cucumber is in Ruby, Cucumber has become one of the most widely used frameworks leveraged for testing by professionals. If you are operating in an environment where collaboration is required from senior stakeholders, then Cucumber is best framework way to go.
There is a very quick installation of cucumber and easy set-up, it is quite simple to for business stakeholders who find it difficult to understand the code. Learning the frameworks like cucumber in this fast-paced business world where expectations change quite rapidly is highly useful. The flexibility of the Cucumber framework can be seen as it supports many other programming languages other than Ruby, like Java, Groovy and Scala. Now a days all most all, organizations moving towards an agile framework, the ability to wield Cucumber because of its collaborative nature is in high demand these days.

Cucumber has a market share of 1.0% and it is used by 1,458 companies across the world. Its usage can be witnessed as the highest in IT companies that represent 27% of its users. Moreover, you can see its usage in other major industries like telecommunications, banking, insurance, and more.

Benefits:
All most all organizations adopting agile methodologies in their project workflows, the Cucumber tool helps in bringing business leaders to the table due to the framework’s collaboration. This provides multiple benefits to the organization as well as individuals.
Individual Benefits: :

Organizational Benefits:
Getting trained in the Cucumber framework has certain benefits of organization is follows:

SevenMentor organizations provides the Courses for the Cucumber framework are in great demand in market where it increasingly moving to agile workflows and they need everyone, including the leadership, developers and testers,to be on the same page.

Large Businesses and companies alike rely on applications to function effectively, but that makes sure that software is of classic quality? The quality assurance group, in close cooperation with the development group evaluations, examines and assesses applications. The ever-increasing reliability on applications has resulted in a massive gain in the number of Software Testers throughout the world. Our Online Selenium webdriver with Cucumber classes in Pune are the best since they are delivered by expert trainers as per your comfort zone. In our Online Selenium webdriver with Cucumber training we also provide online Tutorials, seminars, questionnaires and live projects which help students to excel in Software Testing. Pupils are introduced to general testing objectives and basic strategies in system testing. Then they find the most in-demand skill in this area: automatic testing. Students are knowledgeable about Java, the programming language for creating test scripts, then made to employ these theories using the Selenium net driver API that simplifies the program.
Our Online Selenium webdriver with Cucumber course provides multiple benefits to the organization as well as individuals. Hence, Automation Testing plays a very important role in improving the quality, reliability & performance of the system. A Trained Testing Engineer is required to fully test the system to ensure that it functions properly and meets the business needs.

Trainer Profile of selenium webdriver with cucumber Training in Pune

Our Professional IT Trainers provide complete freedom to the candidates, to explore the subject and learn based on real-time examples. Our trainers helps students to Make there CV as dynamic also prepare interview questions and answers. Trainers provide guidance on how to format your own CV by looking at this IT trainer CV example and associated tips so you can craft a winning document.

We are going to provide Training to the needs from Beginners level to Experts level.

We are having 24/7 Support team to clear students doubts and needs.

Course will be 55hrs to 60 hrs duration with real-time projects and there working models.

We have already finished 700+ Batches with 100% course completion record and satisfaction.

What is Cucumber and there advantages?

To run functional test case written in a plain text Cucumber tool is used. It is written in a Ruby programming language.

How many types of files required to execute a Cucumber test scenario?

The two files required to execute a Cucumber test scenario are

Give any one example of behaviour driven test in plain text?

Feature: Visit XYZ page in abc.com
Scenario : Visit abc.com
Given: I am on abc.com
When: I click on XYZ page
Then: I should see ABC page

Explain what is Scenario Outline in feature file?

Scenario Outline: Same scenario can be executed for multiple data set using scenario outline. The data is provided by a tabular structure separated by (I I) syntax.

What is step definition in Cucumber?

A step definition is the actual code implementation of the features which is mentioned in feature file. Explain step definition using “Given” function? Give one example. For example, to make visitor visit the site Yahoo the command we use for given (/^ I am on www.yahoo.com$/) do Browser.goto http://www.yahoo.com end – This will visit www.yahoo.com

What are the difference between Jbehave and Cucumber?

Cucumber and Jbehave are made for the same purpose, acceptance tests are completely different frameworks.
Jbehave is Java based where as Cucumber is in Ruby based.
Jbehave are based on stories while Cucumber is based on features files.

When to use Cucumber and Rspec?

Rspec is used for Unit Testing Cucumber is used behaviour driven development (BDD). Cucumber can be used for System Testing and Integration Tests

What is the language used to express the scenario in feature file ?

Explain what is regular expressions?

Behaviour driven development (BDD)is a process of developing software based on TDD (Test Driven Development) which focusses on behavioural specification of software units.

What type of software required to run a Cucumber Web Test ?

What does a features/ support file contains?

Features/ support file contains supporting ruby code. support file load before those in step definitions, which can be useful for environment configuration.

Give the structure of the Gherkin File?

A Gherkin file is given its structure and meaning using a some special keywords like.

what are the different modes of training at SevenMentor provides?

SevenMentor provides many suitable modes of training to the students like

why should I learn this course from sevenmentor?

What certification will I receive after course completion?

I Am Worried About Fees Installment Option If Any?

Don’t Worry! We Do Have Flexible Fees Installment Option.

Do We Get Practical Session For This Course?

Yes! This Course Comes With Live Practical Sessions And Labs

I had a dream that i should placed in a very good reputed company and make my parents feel proud. Now I have done with first step of my career and i got placed in a good company. I have achieved this through SevenMentor’s selenium webdriver with cucumber Classes in Pune. SevenMentor considered as Best Training in Pune and have good teaching techniques. All the staff are very helpful to the students. The main advantage is that SevenMentor will provide placement drives daily.

First Time Experience a 24/7 Lab without any Restriction. Excellent and Friendly Trainers, Extra Efforts, Proper Response, Care about our Career and Hard-earn Money too. Management of Placements and growth of Personality is very beautifully handle SevenMentor. 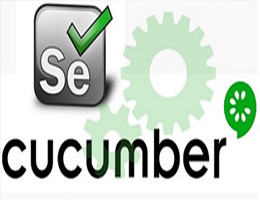 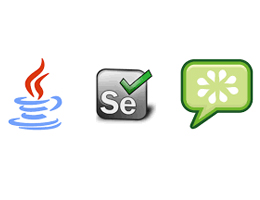 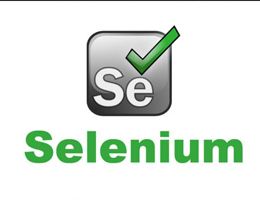 Selenium webdriver with Cucumber is one of the most important phases in the software development lifecycle. It’s the in-demand area in the software industry. In this Corporate Selenium with Cucumber course in Pune helps professionals to deliver error-free products to the clients. We offer 100% Practical Selenium webdriver with Cucumber Certification Courses, Live Project Training Implementation, Interview Questions which helps to overcome fear in handling live projects. The sprawling IT sector in Pune demands specialization in the Software testing field. Our globally certified instructors are dedicated to deliver the precise, industry-driven training to students and working professionals to shape their career in QA (Quality Assurance). Feel at ease to walk-in to SevenMentor training institute in Pune and get enrolled in a free demo that helps you leverage your software skills. From the earliest stages of test planning to verification, validation and product release, our selenium webdriver with cucumber training courses teach best practices through a brick–by–brick approach that allows your organization and employees to keep pace with the sophistication of today’s software/systems development. Our corporate Software Testing training curriculum covers all modules like Web Application Testing, Automated Testing, Unit/Integration Testing and Acceptance Testing. You will build all the necessary skills and reinforce them with techniques and tools that will maximize your efficiency with your current projects. Don't just get certified - Get the appropriate training you need to help you succeed every day in handling projects by joining our corporate Selenium webdriver with Cucumber classes.

This course is designed and taught by the working testing professionals having experience. In SevenMentor we provide the most practical and software testing job oriented training in Pune.