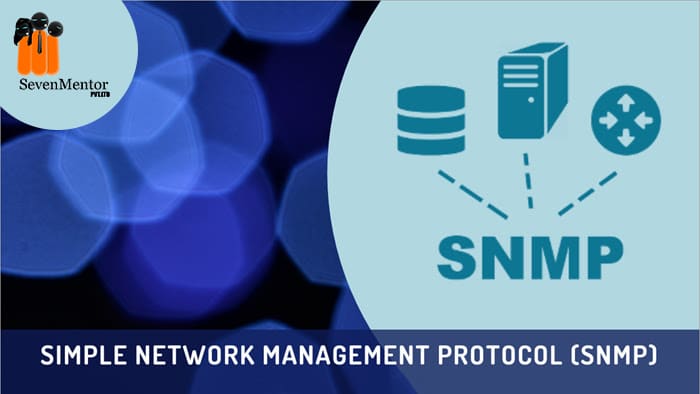 In 1988, RFC 1065, “Structure and Identification of Management Information for TCP/IP-based Internets,” was published. The concept behind this document was information about networking devices like PC, Printer, Router which are in TCP/IP network –configuration settings, status information, counters and so on- could be broken down into database of variables. Those variables could then be collected by management software to monitor and manage the IP-based network.

Elements of IP based machines are common like IP address, Interfaces and buffer. So idea of this documents was good so considered and result of this idea is protocol “Simple Network Management Protocol” to monitor and manage network.

SNMP is an Internet Standard protocol for managing devices on IP network. It is an application layer protocol. SNMP uses User Datagram Protocol (UDP) as the transport mechanism for SNMP messages. 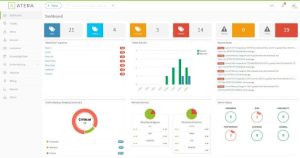 SNMP network management is based on three parts 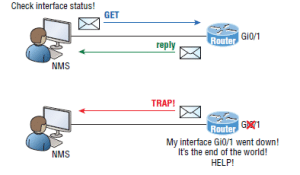 The NMS periodically queries or polls the SNMP agent on a device to gather and analyze statistics via GET messages. End devices running SNMP agents would send an SNMP trap to the NMS if a problem occurs.

Specifically, the NMS uses the SNMP Get, GetNext, and GetBulk messages (together referenced simply as Get messages) to ask for information from an agent. The NMS sends an SNMP Set message to write variables on the SNMP agent as a means to change the configuration of the device. These messages come in pairs, with, for instance, a Get Request asking the agent for the contents of a variable, and the Get Response supplying that information.

Administrator can set threshold and for certain key variables, telling the NMS to send a notification (email, text, and so on) when a threshold is passed.

Many companies sell SNMP management products—for example, the Cisco Prime series of management products (www.cisco.com/go/prime) use SNMP (and other protocols) to manage networks. IOS on routers and switches include an SNMP agent, with built-in MIB, that can be enabled.

There are three versions available for SNMP

Both versions 1 and 2 have a number of features in common, but SNMPv2 offers enhancements, such as additional protocol operations. SNMP version 3 (SNMPv3) adds security and remote configuration capabilities to the previous versions.

These four steps are all you need to run through to configure a Cisco device for SNMP access:

Names of some SNMP monitoring tools:-