Simpliying JAVA & Its Features For Beginners

Simpliying JAVA & Its Features For Beginners 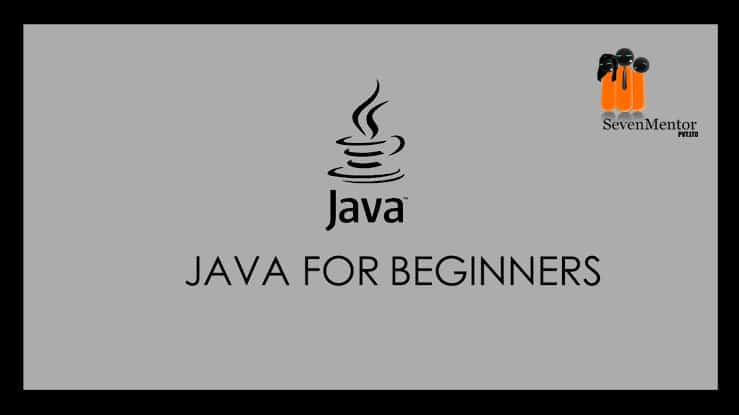 Learning and understanding coding is super scary for newcomers and as per the global market is concerned it becomes difficult to compete with millions of programmers  with less or in fact zero experience but its the correct time to initiate the process of learning and simplifying everything in to pieces and motivate yourself for better career and opportunities and there where we need to choose the best programming language and that’s why Java comes into the picture as it keeps the first place out of all the programming languages as per surveys and searches are concerned.

Java is a PROGRAMMING language and computing platform was first released by Sun Microsystems in 1995.

Is a platform-independent programming language that follows the logic of “Write Once, Run anywhere”

Can be used to create applications that may run on a single computer or can be distributed among server and clients in a network.

Is easy to learn and its syntax is quite simple, clean and easy to understand. The confusing and ambiguous concepts of C++ are either left out in Java or they have been re-implemented in a cleaner way.

Although Java is an interpreted language, it was neatly designed to support “just-in-time” compilers, which dynamically compile bytecodes to machine code.

Java can be used to develop virus-free systems, it is secure because Java programs runs inside virtual  machine sandbox to prevent any activity from untrusted sources

Java checks the code during the compilation time and run time.

Java checks the code during compilation time and run time so basically what happens is as we know the when we compile it we get a class file and whenever we try to run this class file on any of the machines it will ensure that is properly done or if there’s some issue with the class file it would say that its a correct class file so basically we have some kind of checks done during the compilation as well compilation is nothing but if we have some syntax error say for example if we miss the semicolon at the end of the particular statement or end of any statement, it will prompt us during the compilation time that this is not what is expected or it would as us to correct it once we have everything as per the expectation, it would compile it and create a class file and we put this class file into any of the machines during the run time it checks as well and the other thing is that we don’t have to take care about the memory allocation and releasing unlike other programming languages Java by itself does garbage collection which is nothing built when a particular memory is not being utilized by our program or goes out of scope it would Java by itself has a thread as if now we are not getting inside the threads and stuff like that but Java would clean off  the memory contains by itself.We don’t need to explicitly write a code to clean it.

In C we have to write a code to clean it whereas in Java its done by itself so that’s makes it robust.

That means we can write the program in windows compile it get a class file or the compiled version of the class and just put it on any platform it could by windows,linux,mac or unix etc.Java  by itself does it and that’s where JVM comes into focus

Many objects are evaluated at run time and execution is carried out.

Using this program can call a method of another program running in some other computers in the networks.

It could be distributed as well we don’t have to have all the code put into one machine and run it from another machine from another machine we could run something written on your machine as well if all the machines are in the same network or if they are exposed to a network we could run programs on different machines so that’s what distributed is all about.So we can think of Big Data so this is one of major features why Java is used widely used in Big Data.

This feature helps Java to be used in Big Data as it run on commodity Hardware as against server Hardware which needs a lot of investment for companies.

Thread is a task in a process/program.

Multi-threading is multiple tasks running/executing at the same time

The facility is provided by Java so that many task can be executed at the same time.

Java is Multi-threaded which is nothing but like we have multiple cores on our machine like dual-core/quad core so we can utilize all this core say for e,’g., we have to do addition of 2 numbers and multiplication of 2 numbers i mean different numbers so we don’t have to run everything on One core so in case we have 4 processors/core so we could have addition done on one core and multiplication going on the other core at the same time can  be done as well.

We can run them as a thread we don’t have one waiting for other don’t have to do it in a sequential manner when we are operating on different variables.

Java is an object oriented language.Everything is performed using “objects”.Java can be easily extended since it is based on the object model.

Where Java is used?

Android Apps: All android applications are written in Java Programming language, with Google’s API, which is similar to JDK.

So we have android apps could be written on Java so basically the underneath is Android API, which is similar to JDK

JDK is nothing but Java development Kit its widely used in financial services industry so the legacy systems that we have in financial companies is mostly developed on Java so one of the aspects for this is more about its pretty secure so that’s why its been written on Java lots of global investment Banks like Citigroup,Barclays,Standard chartered  use Java also for  writing front and back office electronic trading system in most of the banks, writing settlement and confirmation systems,data processing projects and several others.

Many of government,healthcare,insurance,education,defense and several other department have their web application built in java using servlets,JSP,Struts,Spring MVC.

For e.g., we can connect many cars together so we can sensors in all the cars which could emit data and we could connect them together.So basically its all connecting things together which is a way to blend hardware and software together to solve problems faced in real life.