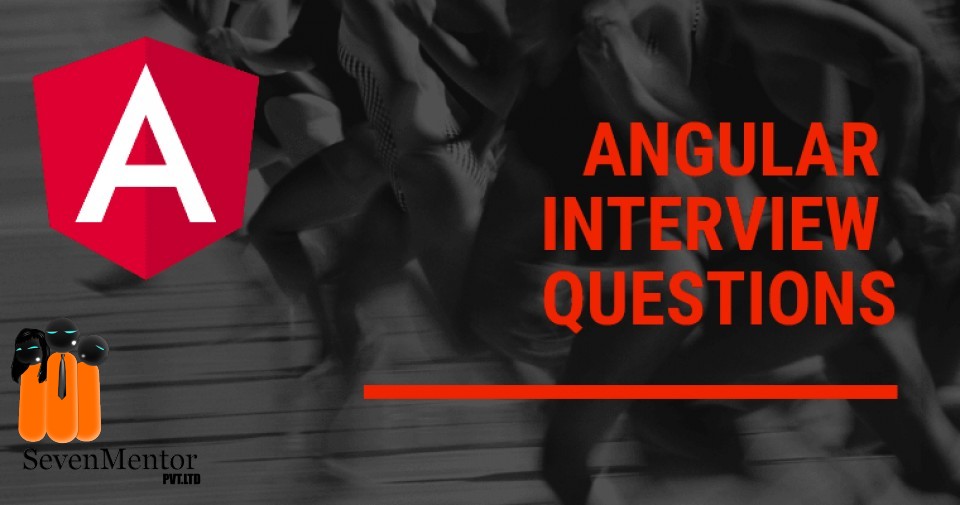 3) What do you know about Angular/ What is Angular?

4) What is the purpose of Angular?

5) What are the essential building blocks of Angular?

6) Tell us the difference between Angular and AngularJS.

Answer: Google-developed angular framework update is particularly focused more on the environment as compared to the functionality. Probability is that Angular 10 is smaller than the previous version of Angular. A finishing point date for the release of an Angular 10 production is yet to be set. Angular 9.0 version largely became available on 6 February 2020, followed by Angular 9.1 on 25 March 2020. Angular 10, a planned upgrade to the popular programming framework, is now on track, with two major TypeScript-based platform beta releases on April 8, 2020.

8. What do you mean by the term Digest Cycle?

Answer: Digest Cycle is a series of watch lists that monitor the track changes in the watch variable value. The digest cycle is spark tacitly but we can also manually activate it using the function name as $apply.

Please note: This is one of the most commonly asked angular 10 interview questions and answers for qualified angular developers.

9. What is HttpClient in Angular, and its benefits?

Answer: Most front-end web applications need to interact with some kind of backend services APIs over HTTP protocol using either XMLHttpRequest or the fetch () API.

Angular offers built-in support for this with a simplified HTTP client API known as HttpClient that is based on the top of the XMLHttpRequest border. This HTTP client is accessible from the Package @angular/common/HTTP.

Answer: NGXS is  a pattern of state management and it is an Angular library. NGXS acts like a single origin of facts for the state of your application, supplying the common rules of dependable mutation of a state.  NGXS is patterned afterwards to a CQRS pattern that is popularly enacted in libraries such as  Redux and NgRx but limiting boilerplate by using the modern TypeScript characteristics like classes  and decorators.

Answer: Data binding in One-Way does not dynamically adjust the View or UI component when the object model changes. Users must to be writing a custom code manual process to change it each time for the view alters. However, in the two-way data binding concept , as soon as the data model changes, the View or UI part is implicitly changed. Unlike one-way data linking, it is an in time method.

13. Distinguish between a link and compile in Angular?

14. What do you mean by the Wildcard route?

Answer: Wildcard route has a path consisting of two (* *) asterisks that can be useful in  any URL. If a URL does not match any of the predefined routes then wildcard route is used. Developers can use a wildcard route instead of display error, and define a component for the same data as page not found.

15. What Is a Library of Angular? Can you have your library created in Angular?

Answer: Angular library is a bunch of generic solutions put together by other developers for re-use the code. Using Angular we can create our own library for certain logic. These libraries can be authored as npm packages and shared. You can easily import a library into the device.

16. What’s the distinction here between Angular service and a factory?

Answer: In Angular, Service refers to a function that is used for the application business or logic layer.

Services guide to a superior detachment of concern for your application and better configurability by hiring you to extract common functionality from the components. Whereas factory () is a predefined function that works similar to service but is much more powerful and flexible than the service.

17. How do you realize about REST in Angular?

Answer: REST stands for Representational State Transfer in angular. REST is an API (Application Programming Interface) method that works with an HTTP request like get, put, delete patch and post.

In all this, the demanded URL defines the data that needs to be analyzed. Much additional, the HTTP method then defines the various actions that need to be done on the requested API data. Thus, the APIs that follow this method are known as the RESTful APIs.

Answer: Transclusion in Angular helps to move the actual children of the Directive to a particular location within just a new template.

Answer: AOT is the best method of compilation as compared to JIT .AOT decrease the application load and bootstrap time. It loads the pages very fast, too. Any errors are often shown during the build-up time of the application itself. AOT is therefore a better option for compilation.

20. How does the Angular Router function?

Answer: Angular router perceives a browser URL as the commands for navigating to a view generated by the client navigate from one component to the other . On an application, the router is connected to the links. This way Angular recognizes when a user clicks on it, to navigate the application display to the correct data or tab.