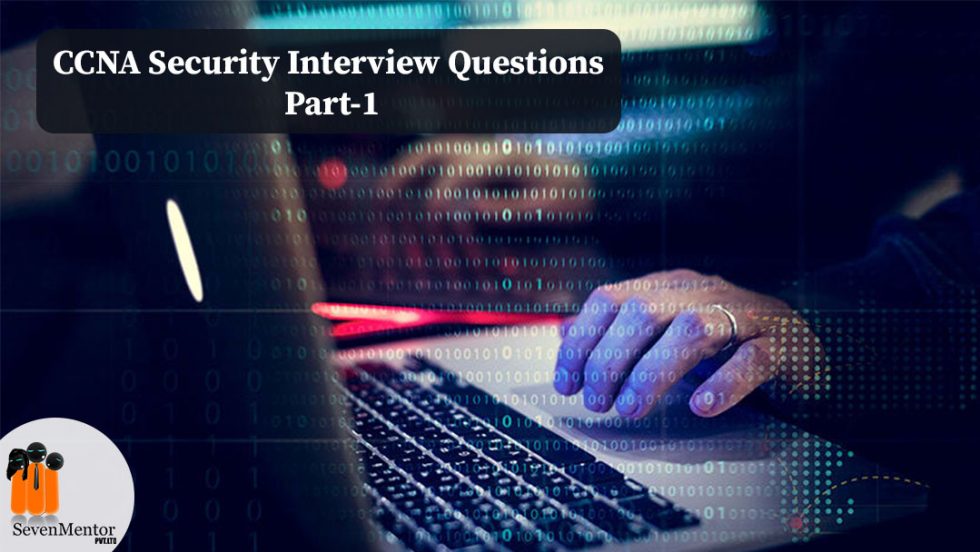 1. Explain the working of ARP?

Address Resolution Protocol (ARP) is TCP/IP standard which is defined  in RFC 826. ARP used to resolve ip addresses with the help of TCP/IP software to media access control address with the help of hardware in LAN. ARP provides the following protocol to host which are in same network. Media Access control addresses can get from a network broadcast request . After ARP requests reply  both sender as well as receiver can get ip addresses and media accesses control . This record save in local table called ARP cache for references.

2. What is the working of Spanning Tree Protocol?

Spanning Tree Protocol is used to avoid loop and broadcast storm in the Local Area Network (LAN) . The Spanning tree protocol allows redundant links in the network to prevent network failure if any active link fails without any loop in  layer 2 switchings.

3.What is the difference between the broadcast domain and the collision domain?

-Broadcast Domain is set of computers which are reachable without routers.

-It is limited to specific IP sub network for the IP broadcasts.

-It uses in switches for broadcast.

-Collision Domain  is set of devices in which packet collision happened.

-Devices can include the devices of different ip sub networks.

4.Explain the steps in the Spanning tree Protocol?

Blocking –  no any participation in frame forwarding

Listen –  This is the first step after the blocking. It determines that interface should forward the frame

6. What is Designated Port?

7. What is Rapid Spanning Tree Protocol?

Vtp probably take 300 sec nothing but 5min time to change the advertisement period.

Ether channeling is nothing but logical bundling of multiple links to get higher bandwidth.

There are 2 types of Ether channeling

PAgP (Cisco proprietary) enables the Catalyst switches to learn the capabilities of each interface assigned to an EtherChannel group and activate interfaces of similar configuration to form a port-channel.

LACP works in a similar to PAgP, only its multi-vendor or standard channeling protocol.

flooding traffic out all ports like a hub. Hackers can fill switch mac address

table by sending thousands of spoofed mac addresses via one port, causing

switch eventually to flood each every traffic. This can degrade the traffic

performance. Also unnecessary flooding can be exploited by hackers, to sniff

the traffic passing in the environment.

number of mac addresses can  learned on a single switch port.

be dropped. Switch will make a log entry and generate a snmp trap message

putting it in error-disable state.

be dropped. Switch will not make a log entry.

There has been three updates to SNMP to provide enhanced features and security. SNMP is

available on nearly every networking equipment.

SNMP requires agents on a managed device to relay information to a management station. A

management station(NMS) will have an application running to manage devices. SNMP agent

uses a management information base (MIB) to organize object identifiers (OID). Each OID

represents a value which can be read or configured by SNMP.

AAA is nothing but Authentication,Authorization and Accounting

User Authentication and authorization from local database is suitable for

smaller networks. But for large network, we cannot configure all the users on

all the routers/switches; So we use the centralized database. It will store

usernames and passwords of all users.

Syslog is a method to collect messages from network devices to a server running software to collect logs. Logging to a central syslog server helps in timely aggregation of logs and alerts. The following are four popular ways to gather messages from Cisco Devices: 1. Buffer Memory 2. Console line 3. Terminal lines 4. Syslog Serve.

VTP domain name & VTP version numbers match those of the other switches.

Port price determines the best path when multiple links are used between two switches and none of the links is a root port. The cost of a link is set by the bandwidth of a link.