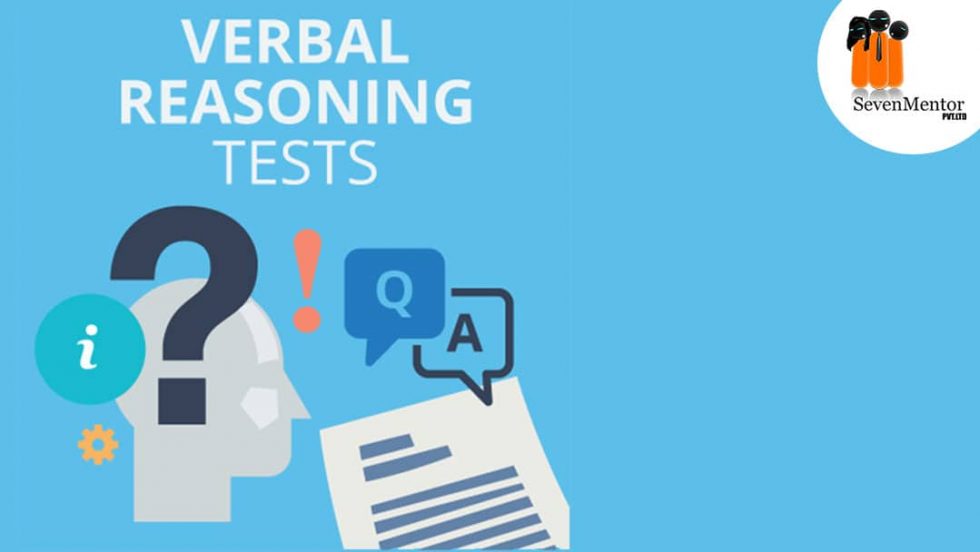 Dear Aspirants, we all know that Verbal/Logical Reasoning is a major portion of the Reasoning Ability Section almost in all bank exams. You can expect at least 7 – 10 questions from this topic in the mains examination. So, it is very necessary to have good command on this topic with the basics of verbal reasoning, in order to solve the questions with ease in any exam.

In this blog, we will discuss each topic of verbal reasoning with its basics and some tips to solve examples of that topic.

Here is the list of the topics under verbal/ logical reasoning.

Let’s now have a look at the approach to solve these topics:

Statement: It is a collection of words that declares certain facts, views, problems or situations.

Hence logically it is a declarative sentence which is either ‘true’ of ‘false’.

Conclusion: A conclusion is a judgment, belief or a final decision that is the result of reasoning a given statement. We can also define the conclusion as a fact that can be truly inferred from the contents of a given sentence.

Type 1: These type of questions have one statement followed by two conclusions and you will have five options to select the correct answer.

The options may be as follows:

Few examples of type 1 are as follows:

Statement:       Every traveller must carry their passport to the airport.

Conclusion:     i) It is mandatory to carry passport to the airport.

The usage of “must” in the statement tells us that it is mandatory or compulsory for the travellers to carry passport to the airport.

Statement:       In a report of recent survey, it has been written that those who do physical exercise for at least an hour a day are less prone to have any heart disease.

Conclusions:    i) All the people who do desk bound jobs, definitely suffer from heart disease.

As per the given statement, physical work out for at least an hour is necessary to minimise the risk of heart disease but it does not convey that the people who do desk bound jobs, definitely suffer from the heart disease.

Conclusions:    The next day, remaining employees would also resign.

The Manager would terminate their services next day.

Solution:          Either of the conclusion follows the statement.

As per the statement, the Manager has given the choice to the employees to either submit their resignations else he will terminate them.

Solution: Slogans used in advertisements are meant to attract people and also tell the benefit of the advertised product. The given statement does not tell anything about people’s choice or about the thing they are using.

The subvention scheme will lead to reduction in the interest rates. Hence option (iv) directly follows. If the burden of interest will decrease, farmers will prosper. Thus, option (i) can also be concluded.

In ‘Statement and Assumption’ type questions, assumption provides a logical support to given statement. Now before we discuss the pattern and the format of the question, let’s understand few important terms related to the topic.

Assumption: It is a concept, thought or view that is assumed and taken for granted. Generally an assumption is a hidden part of a statement that is not directly explained or explored.

Explicit:  It means something stated in detail and clearly.

Implicit: It means something suggested but not expressed directly.

Nature and format of the questions:

Points to be remembered:

The points discussed below would help you in solving the questions related to Statement and Assumptions.

Now let’s understand the topic better with the help of few examples:

Statement:       Opening a library in place ABC will be a wastage.

Assumptions:   i) Inhabitants of place ABC are illiterate.

Here the statement infers only about the place ABC. There is no indication of anything related to inhabitants of that place. In this way, both the given assumptions are independent and treated individually.

Statement:       The Indian Railways has tied up with Tata Consultancy Services to pilot a system to conduct its recruitment exam online, as the country’s largest employer looks to introduce transparency into its operation.

Which of the following assumptions is implicit in the given statement?

With the implementation of online exam by the railways, the corruption in entrance examinations can be checked and eliminated.

Course of action is defined as a step taken to address a problem or a circumstance to improve a situation. In such type of questions, a situation is presented within a statement and some courses of actions are suggested in the same context.

Nature and format of questions:

Questions related to this topic are designed to test the ability of candidate in correctly judging a problem, finding out the cause of a problem and prescribing a suitable course of action.

There are two parts in a question viz. are:

Statement: It presents a problem.

Courses of action: It suggests steps to solve or minimize the particular problem which is presented through the given statement.

Now let’s understand the topic better with the help of few examples:

Statement:       A senior government officer has been caught red-handed accepting a bribe in the recruitment process.

(i) As he was a senior officer, the government should give him one more chance to rectify his mistake.

(ii) The Government should immediately suspend him and seize all his property. He must also be deprived of pension and other service related benefits.

(i) Doesn’t follow because there cannot be exception in the eyes of the law.

(ii)  Also does not follow because no punitive action is taken without a proper investigations.

Statement:       Every year during monsoon, the condition of most of the roads in the city deteriorates causing immense problem to commuters.

iii) General public should avoid taking their vehicles out during monsoon.

By including the clause of penalty in the contract, the contractor will keep it in mind and do his work more carefully.

Questions related to this topic are asked in order to judge the ability of candidates to analyse a pair of given statements and their correlation.

Nature and format of questions:

You may have five choice to mark your answer as:

Now let’s understand the topic with the help of few examples:

Company A sales shampoo in urban areas. It has launched small sachets for penetration into the rural areas.

Statement (ii) is a cause and statement (i) is its effect.

A lung cancer is the most hazardous disease in India. It is not necessarily caused due smoking is more dangerous.

Government has banned smoking in public and it has been made a punishable offence.

Statement (i) is a cause and statement (ii) is its effect.