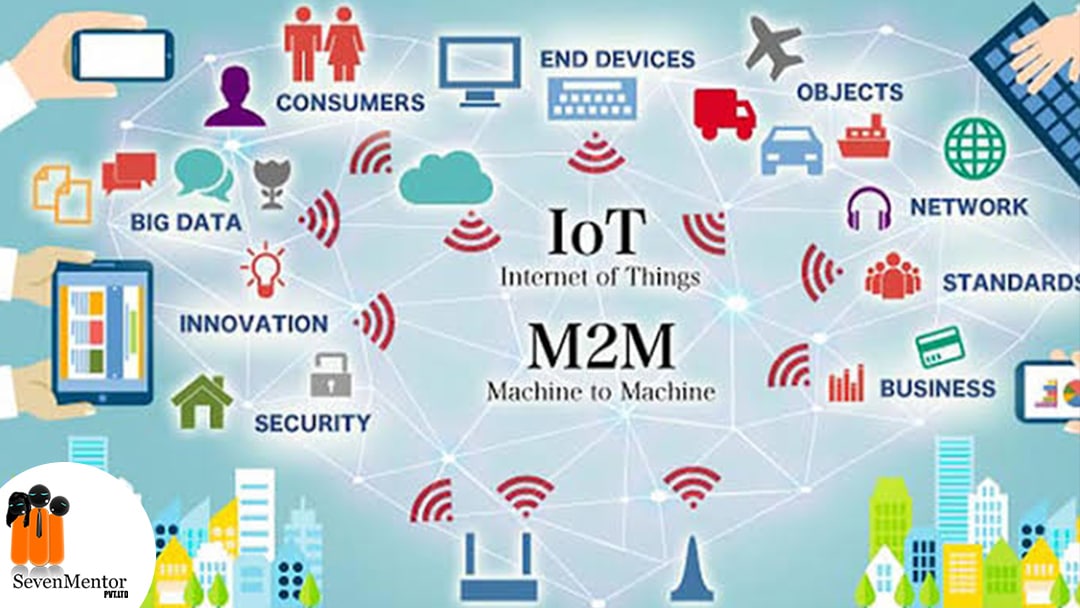 What Is IoT? – Beginners guide to the world of “Internet of Things”

Internet of Things or “IoT” for short, is all about a new Internet where we don’t just host websites for social media, e-commerce or banking, or do the things that we are doing on the present Internet. It’s all about delivering a new Internet where we connect our basic things such as watches, televisions, doors and gates, bulbs and AC’s, etc. and use new processes to manage them all or make them communicate with each other. I hope you are confused, don’t worry, we will try to resolve the doubts. Just bare me for awhile and I guarantee you will learn something new here.

I work for a Cloud Training Institution, where we train our students on cloud technologies such as Azure, GCP and AWS, and “what is IoT?” is a question that we hear all the time from most of our students. Most of the students we see, find it difficult to absorb the complicated technical explanation on IoT available on the Internet. I’m putting all my possible efforts to explain the notion of IoT to all who read this blog. So, lets dive in directly into understanding the mysterious but simple IoT.

The Internet of Things or IoT is a complicated ecosystem with numerous objects having accessibility to Internet. The term “things” may refer to a pacemaker implant in some person, or a GPS tracker in a car, or an LPG sensor in your home kitchen. One thing similar in all the above mentioned things is that, they all have been assigned an IP Address and they all are connected to the internet and the data they collect is transferred over the internet to a server automatically. The embedded software on the things allows them to interact with other similar things or different IoT objects that may affect the decisions taken by the object.

An IoT ecosystem is a collection of smart devices that have embedded processors, sensors for data generation, communication controllers to send, receive and act accordingly to the data received from the environment. IoT devices share the data they produced with other IoT devices either using an IoT Gateway or some other edge device. The produced data is either processed locally using the embedded processor or is sent to the cloud for further analysis. the devices may communicate with other similar or different devices and act accordingly. the devices can do most of the stuff by them self and without human intervention in the process. We still possess the ability to participate in the process for correction, configuration changes or access the data.

How important is IoT

We have witnessed the changes in the internet since its inception. From a network of servers offering fundamental services to a massive network today with billions of devices offering all types of services from e-commerce, netbanking, gaming, entertainment, etc. Internet already has a significant impact on our lives. With the addon of technologies such as IoT we will completely change the internet to a whole new thing. IoT will help us work and live smarter not just in our homes, but also change the way we work forever. IoT can provide business owners with a super quick real-time  information of various processes of the organisation from manufacturing, systems and machines performance, to orders being processed to customers feedbacks.

With IoT, most of the jobs can be automated, reducing slow and expensive labourship. This reduces the waste generation and significantly improves quality and finishing of the final product. IoT makes it less expensive to manufacture products and improve service quality and offers a great deal of transparency into customers transactions.

IoT has the potential to bring significant improvement in  almost all the industries including home automation, retail, finance, hospitality, healthcare, manufacturing, security,etc. with IoT, the smart cities of the future would enable their citizens to reduce waste and energy consumption.

Like Electricity, Automobiles, Internet, IoT has the power to change the way we live and work to a whole new standard. Its impact on billions of lives is slowly picking up as more businesses and houses see the need and realize the necessity of the IoT ecosystem of connected devices to ease the way we work and live.

There are several emerging IoT standards, including:

6LoWPAN (IPv6 over Low -Power Wireless Personal Area Networks): Its a standard defined by the IETF. The standard allows low-power radio to communicate to the internet, including 804.15.4, Z-Wave (for home automation) and Bluetooth Low Energy.

LiteOS: As the name suggests, it is an operating system like Unix crafted specially for wireless sensor networks. LiteOS supports a large range of devices such as intelligent manufacturing appliances, smartphones, smart home devices and Internet of Vehicles(IoV). The Operating System is also a development platform for smart devices.

OneM2M: It is a project backed by 8 of the world’s leading ICT standards development organizations and was founded in 2012. The goals and objectives is to develop a technical specification that should address the need of a standard M2M service layer. The said service layer can be readily embedded in softwares and hardwares and can be depended upon for connecting a large and diverse fleet of smart devices and sensors with the M2M servers worldwide.

Data Distribution Service (DDS): Created by Object Management Group (OMG), DDS is an API standard and a middleware protocol for data centric connectivity. DDS is highly reliable and it also provides a scalable architecture that is extremely important in industrial setting.

Advanced Message Queuing Protocol(AMQP): It is an open source standard for asynchronous messaging over wired infrastructure. AMQP transmits encrypted and interoperable messages in between different organizations and applications. The protocol is used in IoT device management and in client/server messaging.

Constrained Application Protocol(CoAP): It is a protocol designed by the IETF. It  specifies the compute-constrain of low-power devices and their usage in the Internet of Things.

Long Range Wide Area Network(LoRaWAN): It is a protocol designed for use in wide area networks. It supports huge networks for smart cities with millions of low-power IoT Smart Devices.

AWS IoT is a cloud platform providing a handful of serverless services for management of IoT Smart devices. Backed by Amazon and millions of users worldwide, it’s the largest cloud platform for IoT Devices. The objective of the framework is to enable smart devices to easily connect to AWS services and securely interact with the AWS cloud and other connected devices in the cloud.

Microsoft’s Azure IoT Suite is a platform that enables users to interact and receive data from IoT devices with the help of serverless tools available through Azure Portal and  perform various operations on received data from these devices, such as multidimensional analysis, aggregation and transformation reducing complicated compute operations and visualize those operations in a suitable format that’s usable by our business.

Google’s Brillo/Weave is a platform that provides manufacturers the ability to rapidly implement IoT applications on their manufactured IoT devices. The platform is a composite of mainly two important layers: first is Brillo, which is an android-based OS for the development of embedded low power IoT devices; and the second is Weave, which is an IoT-oriented communication protocol that provides a common  communication language between the IoT smart devices and the cloud platform.

Calvin is an open source IoT platform that is released by Ericsson. Calvin is intended for building and managing distributed applications required to enable devices talk to each other. Calvin also includes an application development framework that is very useful for  application developers as well as the runtime environment for executing the running application.

Pros and cons of IoT

Advantages of IoT include:

Disadvantages of IoT include:

I have tried to sum up all the important points that one should put to explain the purpose, need and the advantages and the disadvantages of IoT smart devices. Please let me know what you think of the ‘Future of the IoT’ in the comment section below. Also please let me know if you liked this blog and if it was helpful for you.

See you soon in another blog, in a few days, till then keep learning and goodbye