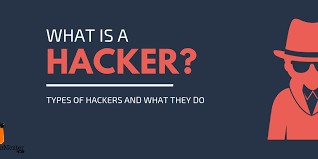 A Hacker is not a criminal not somebody good with an axe making future A Hacker thinks out of the box wants to test his limits wants to try things that are not in the box even has unlimited curiosity dedicated to knowledge.

cyber law in india is too strong for IT section

Ingredients of Hacker:-1. Basic programming knowledge2. Basic networking knowledge3. Basic of linux4. Ability to think like a criminal out of box

Steps of Hackers :1. Identify the Victim 2. Inormation gathering / Network reconnaissance 3. Find a loophole 4. The actual HACK 5. Escape without a Trace .Hacking into a computer is just like breaking into house

Network Reconnaissance and Information GatheringPort sanning – 1.hardware ports 2.virtual ports Ports are through which data is exchanged between two different devices.Port scanning is the art of  scanning a remote target system  obtain a list of open virtual ports on it that are listening for connection This is usually one of the first few steps very criminal takes.

It allows a criminal to identify any potential entry pointsinto a computer.

How do you connect to Net?

* MAC Spoofing: Allows you to spoof your mac address by some tools * War Driving: Scanning network while driving and hack the wifi and use the internet for your anonymity mostly war driving is done by black hat hackers * Onion Routing (3 layers) proxy server layer security you (mumbai)–> proxy (russia)–> server Japan–> server USA–> Internet so the user can be full anonymous.Onion routing is by default and inbuity in Tor browser worlds most secure browser as Dark web operates from there * Panic Button app (google chrome extension) will open the wikipedia for suddenly hiding any website running on computer screen so no one can get to know what where you doing.

Malware means malicious software. It is any program created by ahacker or programmer in such a way that when it will be executedin a computer system it will lead to abnormal behaviour of themachine.For example Deletion of files, Hiding Data, Creation of new folder,switching on of webcam and many more things.Malwares include virus, worms, keyloggers, trojans, adware,ransomware, rootkit. We are now going to discuss all these in brief.

RootkitsThose malware that once installed in a computer act as abackdoor. They provide full administrative control to the hacker.Rootkit is made up of two words ‘Root’ which is the most powerful user in unix, you can run any command if you are a root user and‘kit’ which is a complete package. It is a combination of different softwares that give root access to the hacker.

Metasploit is the world’s most used penetration testing framework.It is used by hackers all over the world and any pentestester oraspiring candidate in the field of cyber security must know how touse this framework.Metasploit Framework has been completely written in Ruby. Itcontains exploits of all operating systems such as linux, windows,MAC OS X etc.It is a really flexible framework because you can add your own exploits written in Ruby or add external exploits that are not insidethe framework by default.

Difference between a Public Key and a private key Public key is the one that is used to only encrypt the plain text message not decrypt it. A public key is made available so that anyone can secure their clear text message to the receiver. Unlike a public key, private key is used to decrypt the message which is encrypted with the matching public key. These private keys are not meant to be disclosed hence they are to be hidden and intended to be a secret. As you now have knowledge about Public keys and private keys,we can move further to Asymmetric Encryption and Symmetric Encryption

PGP Encryption PGP (Pretty Good Privacy) is used for secure E-mail communication. All the global companies use this method for secure and stable communication and exchange of sensitive and critical information on their daily basis

Hashes: Before diving deep into the topic I would like to discuss a wrong belief that most of the people have. People often think that hashes can be ​‘decrypted’, ​it is certainly not the case. Hashes are generated by one way cryptographic hash algorithms. This means that the algorithm that created them, can​ NOT ​be reversed to determine the plain text. SAM, WPA, WPA2 are one way hash functions that are used by computer to prevent storing passwords in plain text in memory. Now you might want to ask me, “vinod you said that hashes can’t be decrypted then how does computer know we entered a correct password” . This has a really simple answer. When you enter the password it gets converted into a hash according to the one way hash algorithm specified and then it is matched with the already existing password hash. If both the password hashes match then the user is authenticated else he is denied the access. There are a lot of hashing algorithms these days. We will be discussing two most important hashing algorithms namely MD5 hash and SHA1 hash. I used the word important because these are the hashing algorithms that are most popular, hence they areimportant. MD5 – ​The most common hash that you will come across in theworld is an MD5 Hash (Message Digest Algorithm). These hashes can be identified by the following factor.

SHA1 -​ This hash is still used frequently on the internet and is one of a large family of Secure Hash Algorithms. These hashes are easily identified by the following factors They are always 40 characters in length( 160 bits) They are always hexadecimals