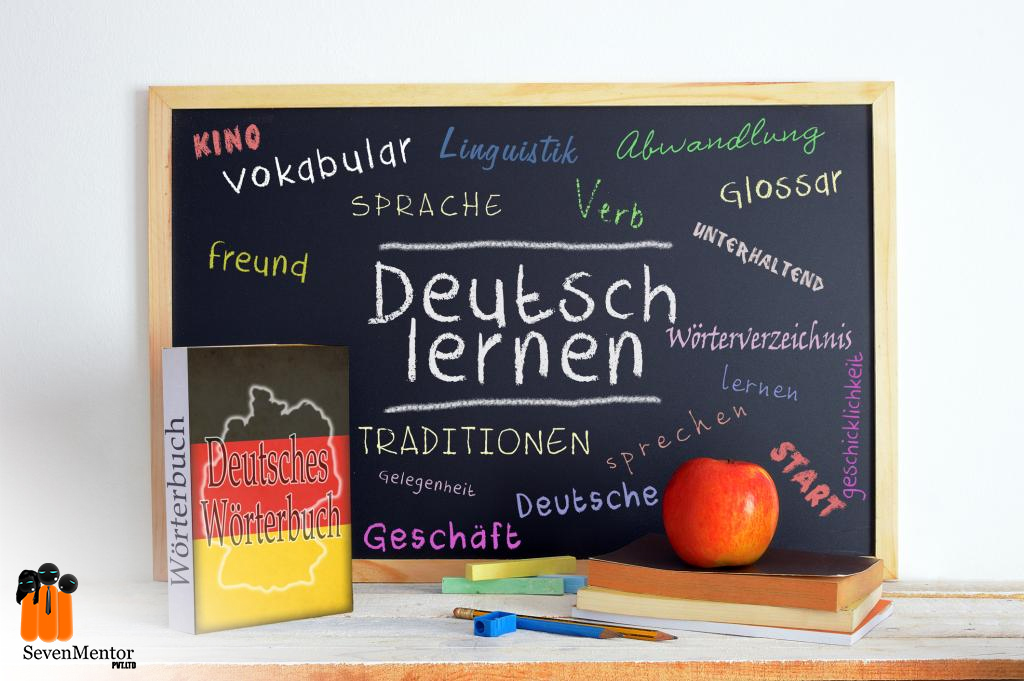 At the onset of learning a foreign language, one has to adapt and master complex grammatical constructions which can get tedious and confusing for the beginners. While forming sentences, learners are confronted with a variety of issues, one of which is word order. However, because case endings distinguish the subject and object of a sentence in German, the word order can be far more variable than in English. Word order varies according to the type of sentences and clauses. It can be varied for reasons of emphasis. However, there is a ‘standard’ unemphatic order for main clause statements, questions and commands, and subordinate clauses. Considering the types, let’s try to figure out how to construct grammatically correct sentences.

A grammatically complete statement is known as the main clause.

In this, the Subject and the verb have a standard word order. In main clauses, the subject is normally the first element. The Second element is almost always the conjugated verb (verb 1). In the case of the main clause having verbs with more than one part, the non-conjugated part (Verb 2) is placed at the end of the clause for example sentences with Modal auxiliaries. Thus here the verbs provide a kind of ‘bracket’ dividing a sentence into three different parts: an initial position before the first bracket (vorfeld), a main part inside the bracket (Mittelfeld), and a final position after the second bracket (Nachfeld)

[ she studied yesterday at seven o’ clock. I want to go to the Cinema. She went to the Cinema at lunchtime and not to the office.]

Anything preceding the first element, such as interjections, ja/nein and names of persons addressed, is regarded as standing outside the clause and is usually separated from it by a comma:

A coordinating conjunction ( conjunctions that do not alter the word order of statements or the position of the verb) also precedes the first element. For eg: Sie ist nett, aber sie kann keinen Spaß vertragen. ( she is nice but she can’t take a joke.)

Inversion of the subject and verb for emphasis: Although the subject is usually placed in the initial position (Vorfeld), another word, a phrase or a subordinate clause may be placed here, often to give it emphasis. The positions are then inverted.

For eg: Jetzt hole ich einen Kaffee. (Now I will get a coffee.)

Word order for Objects and other elements:

Most elements in a sentence are placed inside the bracket formed by the different parts of the verb (Mittelfeld). The Nachfeld remains for subordinate clauses, comparative phrases and for other occasional elements if they are to be stressed in the sentence. Objects in a statement may be nouns, pronouns or phrases. In English the indirect object generally precedes the direct object: Sie hat ihm(dat) einen Ring (acc) geschenkt. ( she gave him a ring.)

However in German if the direct object is a personal pronoun (ihn/ sie/es), it precedes the indirect object: Claudia leiht es (acc) ihrer Schwester. (dat)  [ Claudia lends it to her sister.]

In order to emphasize, objects can be placed in the Vorfeld. Here English uses different ways of constructions: Dieses Haus würde ich gerne kaufen. (This is the house I would like to buy)

Elements other than the subject and the Object (direct or indirect) are usually placed at the end of the Mittelfeld. These include the adverbs or adverbial phrases, whose standard word order goes as time – manner – place. Expressions of place and directions, compliments of the verbs sein, werden, etc, prepositional phrases and genitive objects.

Word order with questions and commands:

In questions that expect the answer yes or no and in commands, the conjugated verb is normally the first element. The Subject (if any) is placed second.  As in the main clause statements, other parts of the verb are placed at the end:

Whereas, in the questions with an interrogative word or phrase this precedes the verb. The subject then follows the verb:

The subordinate conjunction (which changes the word order of the phrase it introduces) goes at the start of the sentence, i.e. the subordinate clause. The conjugated verb is normally placed at the conclusion of sentences, with the other components of the verb coming before it.

(Because he couldn’t go, Although I called him,)

When using separable verbs in subordinate clauses, they are joined with their prefix at the conclusion of the clause in conjugated forms.

Ich komme gleich, wenn du mich anrufst. (I will come immediately  if you call me up.)

Other parts in the clause are inserted in the same order as in the main clauses, except they are always between the subject and the verb.

The structure of a basic sentence is subject-verb-other parts in both German and English.

When building sentences, it’s vital to pay attention to the location of the verb (which is conjugated according to its subject), which is the second element, right after the subject.

In German, sentences are frequently constructed in the format time – manner – location.

When forming the subordinate clause, the verb is normally placed at the end of the sentence and in its conjugated form.

The second verb is placed at the end of the clause when utilizing compound verbs.