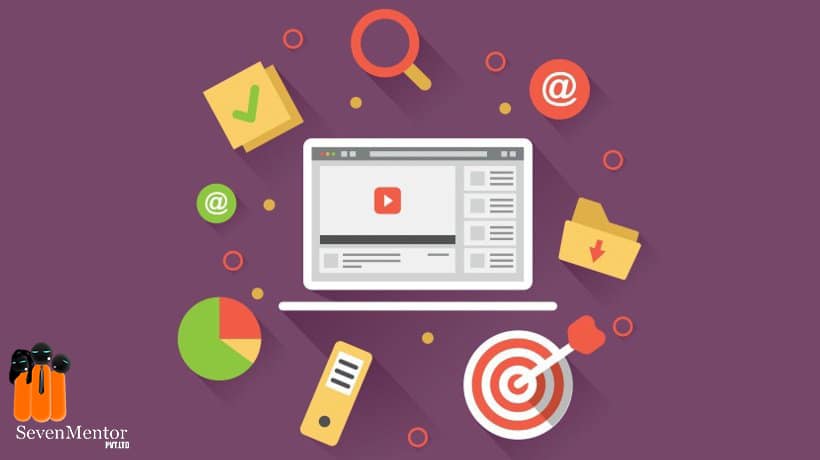 For any company these days, the Recommendation system has become a vital part. Every company  wants to give a personalized experience to the user and for that Recommendation, systems are the  best choice.

LET’S UNDERSTAND WHAT IS A RECOMMENDATION  SYSTEM-

Let’s say you want to buy a t-shirt from Amazon, you went to their website and type black t-shirt,  you will get something like this –

You will see some Black T-shirts on your screen, Simple right??? 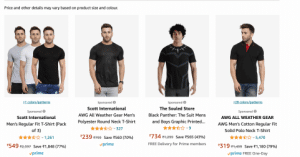 Now let’s say you liked some t-shirts on the first page and went inside to see them, lets say you  select the third t-shirt from the left (BLACK PANTHER ONE), you checked its reviews, ratings,  etc.

Now you came back to the first page and select some different black t-shirts let’s say with a round  collar or maybe t-shirts with a particular brand etc.

Now if you pay attention, Amazon is collecting every information, every click of yours, whenever  you are going to a particular brand or particular pattern, Amazon has started to know your likings,  disliking.

It is the same like let’s say you have gone to the nearest market to shop for a t-shirt with a new  friend, the new friend did not know anything about your liking or disliking and he is just observing  you, he is noticing every action of yours.

Amazon is that unnecessary friend who is keeping a watch on you every time you are buying  something on its website.

Now the question is why amazon is collecting every bit of information about you???

The answer is very simple, Amazon wants you to recommend a product based on what you may like  or what you may buy from its website, it’s a very beautiful idea if you think about it.

Let’s say you plan to buy a t-shirt as we saw earlier but while searching for the T-shirt you really  liked the black t-shirt and now just entered the page of the black t-shirt to see its price, reviews, etc,  you are not intended to buy that T-shirt, you are just watching it.

Now when you entered that black T-shirt page you saw something like this, PRODUCTS  RELATED TO THIS ITEM

If you like the black T-shirt with panther stripes and there are more chances that you may like  these t-shirts as well.

What amazon is doing internally, is finding the 10 most similar T-shirts with the T-shirt you are  looking at because of the simple assumption that.

“If you like this T-shirt then there are more chances that you will like similar T-shirts”  That’s how Amazon is selling its products to us.

Now the question is what YouTube is recommending to us and why there is a need for a  recommendation system in YouTube?

Now YouTube earns money by showing us ads in between the videos so the more the user will stay  on YouTube, the more company earns money, so basically, our time is their money.  So they want to see what we like to see, that is why they use the recommendation system.  Now as we saw on Amazon, the important thing is our data, so how YouTube is collecting our  data??

Our YouTube history, our location, our name, our mail id, even our google search history, all of this  is owned by YouTube, that is a lot of data. 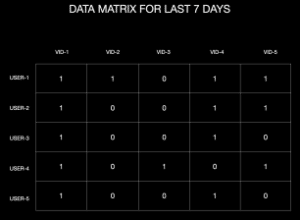 We have a Data-matrix, user1, user2, user3, user4, user5 belongs to users of YouTube and vid1,  vid2, vid3, vid-4, vid-5 belongs to the videos available on YouTube, we are assuming here that only  5 users are there on YouTube and there are just 5 videos on YouTube, Now wherever in the matrix  there is 1, it means the user has seen that video, and whenever there is 0, it means the user has not  seen the video. for example

Now if there is a way by which we can find the similarity between the videos then our work will be  done, but we need to make sure that that similarity should come only from the data matrix we have.  So If I just use a simple intersection concept which we have studied in class-10th, refer to the image  below to understand union and intersection. 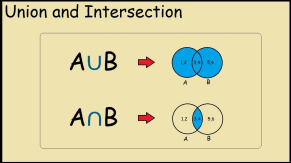 This is a very simple way to understand the similarity function, there could be much better ways to  define it but in this article, we are simplifying things to understand Recommendation systems better.  Now, If we want to find similarities between video-1 and video-5(refer to the example), then we can  say that 3 users out of 5 have seen both the videos(u1+u2+u4), as both of them belong to cricket.

By this we can say that, similarity between v1 and v5 is 3, which is the highest number and also  from the problem statement we knew that v1 and v5 both belongs to cricket so their similarity score  must be high.

So if Rohan has not seen v3(workout)and v4(cricket) and the Recommendation system has to  decide that out of these 2 videos which video has to be recommended to Rohan, How it will  decide??

So it is very clear that out of v3 and v4, the Recommendation system will choose v4 for Rohan as  its similarity scores with the videos Rohan has watched is higher than v3.