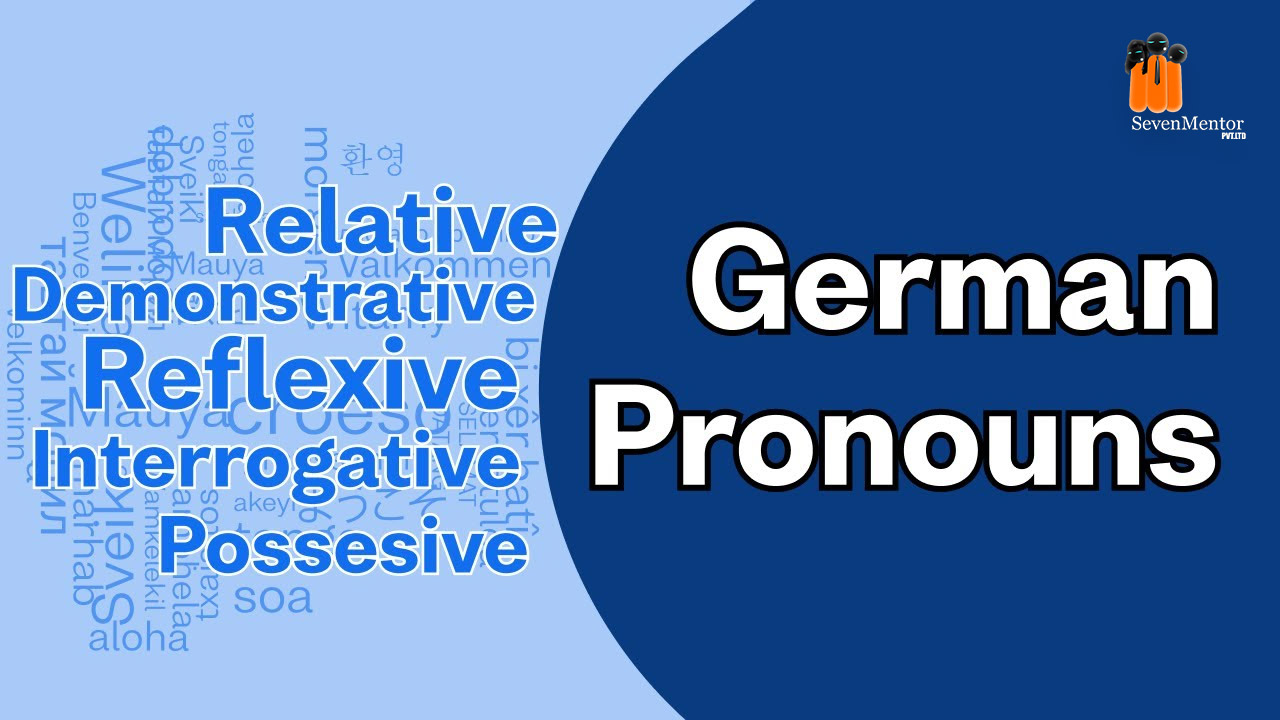 Pronouns are words that enhance in the efficiency of language by helping you to simply refer to nouns that the readers is already aware to. You usually begin using a pronoun in its (pronoun disclaimer!) position once you’ve mentioned a person, place, or thing once.

Are there any variations between German and English pronouns?

Is this really required?

There are charts in the future, a bunch of charts. There are many various forms of each type of pronoun in German because as they change according on the gender of the noun and case. Because we don’t often have unique versions of the noun depending on the part it plays in a sentence, the case system in German is one of the most difficult things for English speakers to get used to.

To get know more about the Cases in German language you read the Articles written on link given below,

Sure, you might be able to avoid German pronouns for a while by constantly repeating the actual noun phrase (“the bird,” “my father,” etc.). But there will come a point when you start realizing that repeating “den Mann Junge , den ich gestern getroffen habe, von dem ich dir erzählt habe” (“the boy who I met yesterday that I told you about him”) in a conversation is a lot more work than looking at the beneficial charts below and studying how and when to use German pronouns.

The Use of Personal Pronouns

Personal pronouns are pronouns which refer to a specific person.  You can use personal pronouns to communicate about other persons as well as self. When you hear the word “pronouns,” you probably believe of these words. We already realize that German personal pronouns come in a variety of cases, although English also varies the cases in this area, making it a better point to begin learning about pronoun cases.

Here “I” is the subject who is learning German.

It’s the doer of the sentence.(Who is learning German?)

For eg: Carla un Petra kommt aus Deutschland.When the noun in the sentence is the direct object, the “accusative case” is employed. To put it more simply, when the direct object is the person or thing to whom or which the action is directed or which receives it.

(Carla & Petra comes from Germany. I would like to meet them)

(Peter has birthday. I am gifting him a novel.)