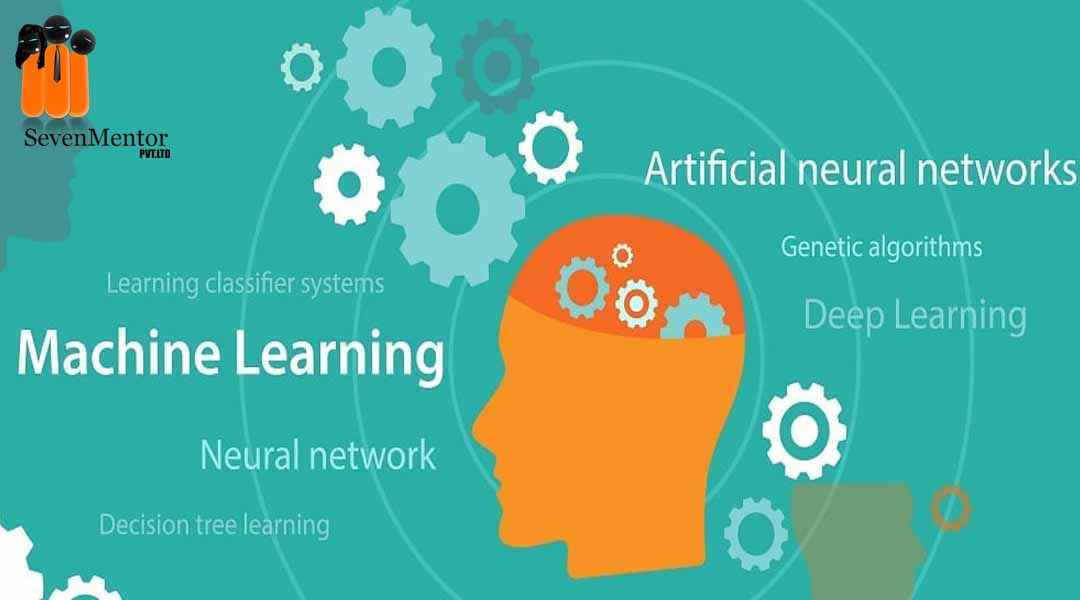 Artificial Intelligence according to most people is Machine Learning which isn’t the case.

Well, let’s understand the difference and correlation between Artificial Intelligence and machine learning in this article.

Artificial Intelligence is a very interesting keyword.  A broad terminology which aims is to bring the human conscience into machines. The correlation between make the machine to behave intelligently and the approach to attain have to separate philosophies. Some of the examples of Artificial Intelligence from our day to day life are Amazon Echo’s Alexa, the chess-playing and Alpha-Go computer, Tesla’s self-driving car and many more. These examples are based on deep learning algorithms image processing and natural language processing.

Machine learning implies heavily upon explicitly programming on data and create a logical induction to learn upon the data and make some conclusions. Since machine learning models are based upon feed-forward neural networks fed upon human-engineered data through real-world observations which leads to models likely to pick up the prejudices, biases, and flaws in human reasoning. One of the incidents occurred where a twitter bot started tweeting racist comments and had to be shut down.

In other words, machine learning is a subfield of AI which tends to approach towards it through logical programming, mathematical induction, and statistical analysis. Based on the volatile nature of various issues which exists and the abundance of data which in today’s world is considered BIGDATA  for any major problem it’s only reasonable that machine learning technique has been the go-to approach to attain AI. The fact that it is the amount and density of data is very huge and ever-increasing, computing resources (machines as well as humans) are limited and it’s not possible to work upon rule-based programming has gravitated the overall AI approaches towards ML.

The role of a distinctive model for classiﬁcation of each chart type is to extract relevant features from the image such as the graphical elements, the layout of the chart, e.g., rectangular (for bar-graphs), circular (for pie-charts), etc. and frequent local patterns appearing in the charts. With the information of the feature at hand, the model is able to distinguish between various chart types. The major drawback of this approach is that the system can handle only a predeﬁned set of chart types. Even a slight augmentation in the image would cause the model to fail in such circumstances. This would require to build another model which is not feasible in terms of time and cost. Therefore, machine learning techniques that consider

Deep Learning on the other deals with developing the conscience of the machines through memorization and feedback mechanism. In a normal machine learning setup, one of the most difficult issues is feature engineering. Feature engineering deals with the extraction of suitable features that could be fed into the model. If features are incomplete or less the model is flawed (high bias parameters) and if the features (independent variates) are way too many and not all of them contributing to model’s output, the model is trained with highly flawed (high variance) results which are also termed as model overfitting. If our data and information possess a lot of features we need a very huge dataset to learn from otherwise the model is flawed. In the field of machine learning there exists a sub-field which is being called as ‘representation learning’ also known as ‘feature learning’ which aims to extract features from data like images or certain file formats like .csv files or JSON files where hand-picking features by human engineers are simply not viable. Deep learning is based on representational learning. The implementation is basically composed of numerous layers of neural networks (higher the number of layers, deeper the model) where each layer gets input from the previous layer and passes it off to the next layer. The input layers deal with more generic and coarse features and as the network goes deeper it is able to learn finer details from the dataset finally giving the output with a certain confidence factor. Functionality wise, they are inspired by how mammalian neurons and retinal network. Neurons work by taking an input chemical signal and based on a certain threshold that signal is passed or blocked depending on the threshold perceptron layer. Such behaviors are emulated using various mathematical and statistical functions (sigmoid function, ReLU, and Softmax function being the most common) while implementing the artificial neural networks.

A machine can be regarded as a dumb system which doesn’t possess either any sort of intelligence or human behavior as it only understands binary codes of 0’s and 1’s. The aim to create an artificial neural network was based upon generating a learning mechanism in the systems based on human-generated data-based training which would employ the characteristics behavior of human onto the machine which typically includes mimicking the behavior of the human rather than actually implementing those possibilities. The correlation can be related to AI as the human body, machine learning to be the control and coordination system of our body and deep learning algorithm to be the brain of that body. So, in other words, they are a subset of each other respectively which is shown by the following diagram:-

The deep learning neurons have more depth than the machine learning algorithms due to their complicated tasks such as image processing, text processing or natural language processing, audio processing, etc. Such tasks require data to more complicated and difficult to analyze, process, transform. Hence we deep learning layers which includes classification of image (notably jpeg and png) is conducted using Convolution Neural Networks which is a supervised deep learning model which is developed based on the inspiration of connected neurons of visual cortex of animals performs training on images and extracts the features to classify the image class and the bounding box logic is used to specify the focal points of transition. Deep Learning has generated a great impact on how information is retrieved from visual data. A recent development on that area has shown some increasingly accurate and optimized performance. Especially after the involvement of deep learning, the metrics have shown impressive improvements. The application of such image classifiers is vast and using simple machine learning techniques would lower the performance of the results as the incoming data rate increases which would lead to unpredicted outcomes.

Through the models of deep learning, the inception network architecture provides an optimized use of computational resources with an accurate prediction of the image through its classification models represented through its ongoing versions. Inception models outperform all other previous models through its computational speed and efficient predictive results.

Nowadays many researchers are working upon binding the algorithms of the machine learning and deep learning to generate new ways to train the model and make the machines behave more smarter. The recent examples can be attributed to the fact that China built a system which would read live news like a real broadcaster. Moreover, the specialty of the bot is to feed upon the current news and to brief about it in a more detailed way. The initial phases of deep learning approach trace back to the year of 1991 when Yann LeCun applied this approach on 10,000 images of handwritten digits regarded as the MNIST dataset. A decade later AlexNet (Krizhevsky et al., 2012) was a major breakthrough winning the ImageNet challenge. Later years since is following this approach which can be witnessed in ImageNet challenge every year. These deeper architectures have a low memory footprint during inference, which enables their deployment. In the year 2014, Simonyan was ﬁrst to explore a 19-layer deep named VGG19 model. Over the top of the deep-layered networks, more complex building blocks have been introduced that improve the efﬁciency of training procedure With the availability of high-performance GPU’s has led the training of large amount of dataset consisting of multi-class up to 1000 as introduced in the latest neural network model titled Inception V3. Whether this is due to a superior architecture or simply because the model is a default choice in popular software packages is again difﬁcult to assess.

That being said, another major confusion is Artificial Intelligence and RPA (Robotic Processing Automation). The major difference in the two respective fields is that A.I deals with programming and application development and on the other hand, RPA deals with the creating application based bots which does the tasks for the users like reading an excel file, OCR file reading for the pdf or mails, etc. Basically, machine learning allows the user to explore the possibilities of the data dimensions and shape the efficiency of the computer systems to an imaginative level. Although the major catch with it is that one should be trained with programming and coding and should possess a wide knowledge regarding mathematics, science, statistics. The proliferation of unstructured data is overwhelming in business space, converging through texts, images, videos & media-generated via PDFs, MS-Offices and forums. While the amount of data being generated is increasing at a rapid scale, it provides a great challenge to various business units to summarize, analyze and understand the data and to make better business decisions.

On the contrary, the major advantage of RPA relies on using the tools which build this A. I. bots and deploy them into respective fields along with the logic to solve them. The major part relies on designing the automated bots which technically requires no programming, no mathematics, and no statistical operations.

The reason deep learning is more proﬁcient due to its distributed feature extraction to its lowest level which is independent of any pattern or appearance which gives this method a step-ahead than others in terms of distortion and noise in the images. Moreover using this method one can self-train the model which would be convenient in future perspectives. Another major reason why deep learning is garnering more popularity is that because of Generative Adversarial Network which is a major breakthrough in this field. The reason being it’s effective is that in this case the intervention of the humans to train the machine is completely nullified. Instead, its the machine which uses one of the major pillars of this field called the generator (which typically generates the images) while the other major advantage is that its improvises its result every time the image gets created. On the other hand, the discriminator is the one which deducts the output and classifies the images accordingly.

The catch is that as every time the image is classified, the generator improvises the output with more efficiency and this “thief and police” game continues when the generator manages to generate real-time images.

Hence from the above article, one can get a brief idea regarding the difference between A.I, Machine Learning and Deep learning along with their correlation and uses. There are various articles describing the examples and context of these terms, but neither of them gives a full overview in differentiating them at the core level.