Python is a flexible and beginner-friendly programming language that anybody can begin learning. In this program, we'll focus on learning the fundamentals -- such as basic Python syntax on how they're employed for data evaluation and data science function.

About Python
Python is one of the most-used programming languages in future, and according to developers, also one of the most loved. It can open up new career paths in Big Data Technologies. Many data scientists, who earn fat salary packages, use primarily Python. Even basic Python skills can help you process, analyze data much more quickly and effectively in your current job. For example, this Python Course in Kolkata helped one escape from an Excel nightmare. Aimed those new to programming, our Python course in Kolkata intends to give you a hands on introduction to Python, a general-purpose programming language. SevenMentor’s Python certification help you confirm your programming skills, knowledge. It equips you with the principals, tools to follow a successful career in Python programming and associated technologies. The Python Training Institute in Kolkata is dedicated to the growth of a global standard in Python programming certificate, which will allow aspiring developers in addition to programming specialists, software developers, and IT professionals from all over the world to assess and document their programming abilities objectively and efficiently, and to gain recognition for their experience.

What's so great about Python?
Python's popularity can be attributed into a bunch of different variables:

The syntax is extremely straightforward and neat --
This makes it effortless to read, easy to write, and very simple to learn. If you are just dipping your toes into the world of Python programming, it is an excellent jump-off point for other competitive programming languages.

The busy community and detailed online documentation --
There are lots of resources for users to explore and construct.

Productivity --
Compared to other programming languages like C, C++. and Java, Python can find the same task done in fewer lines of code. It is fantastic for prototypes from the early phases of a project's evolution.

Open-source --
It's entirely free to download, modify, and distribute.

Python plays well with different folks --
Python code is equally"extensible" and"embeddable," meaning you are able to write some of it into another language and set it in a different language's source code, respectively.

Scalability --
Python's simplicity makes it a go-to for personal endeavors, but it's also strong enough for the likes of Netflix, Spotify, Facebook, Instagram, Google, Dropbox, Reddit, and NASA.

Adaptability --
What is especially interesting about Python is that despite being three years old, it is stuck around and continued to rise at a remarkable rate with new technologies.

Why learn Python?
In accordance with some 2020 survey of over 116,000 applications engineers from the tech hiring system HackerRank, nearly half of hiring managers globally style Python programming skills within their potential employees. Furthermore, it's among the best-paid programming languages behind Ruby.

More broadly, any type of programming knowledge will provide you a leg up in the job market these days. There are estimates that the employment of applications developers will grow 22% from 2019 to 2029, which is"considerably quicker than the average for all jobs." Python can be used for almost every technology and continues to grow in popularity with organizations like NASA, Google, YouTube and the New York Stock Exchange using it for different things. Through the use of excellent numerical bundles, Python can also compete against more statistical and mathematical packages like R.

Throughout your course, you’ll learn about:
General introduction to programming
Programming in Python
Using the interpreter in Python
Writing Python scripts
Loop and control flow (for-loops, if-statements)
Data-types: strings, lists and dictionaries
Using and writing functions
Functions for scientific programming: Numpy and SciPy
Finding problems in code
Data manipulation project using Python
By the conclusion of the program, you will have the ability to write programs that are useful, comprehend more complex Python programs composed by others in addition to how to use Python for more complex data analysis. The best online Python classes in Kolkata make it easy to understand or create Python coding skills from home.

Python is one of the most popular high-level, programming languages that are simulated. Named after the comedy troupe Monty Python, the language includes a user-friendly syntax which makes it very appealing for beginners. It's also very scalable and flexible and has quite a vibrant, global community of consumers. Thanks to the rich set of tools and libraries you can use Python for virtually anything -- from internet development and information analysis to artificial intelligence and scientific computing. According to the TIOBE Index, Python is currently the most popular programming language on the planet. In reality, Python Training in Kolkata is employed in some form or another in virtually all major tech firms around the Earth, which makes it among the top-most required skills. If you want to work with Python scripts, then you will need a text editor acceptable for coding along with an Integrated Developed Environment (IDE) to conduct them. So whether you are a newcomer to Python programming itself, the best Python course in Kolkata will assist you to get to grips with the language.

Python is a high-level programming language. This frame has impressed with its dynamic semantics. This interpreted language is ideal for Rapid Application Development due to the fact and its built-in data structures facilitate dynamic typing and binding. It is also attractive as a paste or scripting language that can link together existing components economically. The best thing about python is definitely its syntax which is not simple but also extremely convenient to learn. In comparison with other languages, coding and reading python is much easier. If you wish to improve your academic learning in the field of Python, then join Online Python Training in Kolkata at SevenMentor. Although there are lots of Online Python Training in Kolkata, there is something distinctive and special about SevenMentor. SevenMentor will offer the best Online python course with assured placement. SevenMentor Python Certification is Licensed by all major Worldwide Businesses around the world. We provide after completion of the theoretical and practical sessions.

What are the basics of Python?

Is knowing Python enough to get a job?

No. Just Python will not be enough to land a job

What is Python not good for?

Not suitable for Mobile and Game Development

Is Python good for algorithms?

Using python for learning algorithms is a fantastic idea actually. Python's simple syntax makes it very easy to implement the algorithm and understand What's going on

Where is Python used?

Python is often used as a support language for software developers, for build control and management, testing, and in many other ways.

Really quite good course and a very good coach. Really enjoyed his type of instruction and patience and always ready to explain more when we needed it. The course in general is very nice and now I have a very clear idea about the program.

Really good, it was all I wanted to learn and I now feel confident beginning to employ python to my own field of study. Tutor was great and very useful, and the course materials were fantastic

It is good to get python training at Seven mentor. I have Completed my Data science with python course from Seven Mentor .as trainer has tremendous knowledge of python. I got a good experience. The training was more flexible and in a convenient manner, My trainer having more knowledge in data science. He was very good in Training. He also guided me to learn the latest codes in Python. The trainer was too good and friendly. 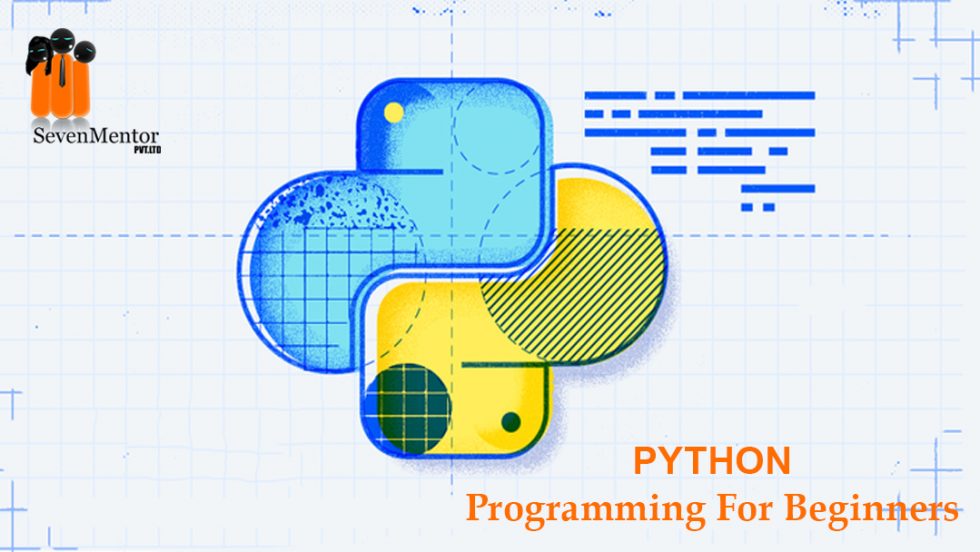 Python is an object-oriented framework that significantly impressed IT enthusiasts with its dynamic semantics. Due to the fact that it facilitates dynamic typing and binding, and its built-in data structures, this translated Language is ideal for rapid software development. It is also appealing as a language for scripting or glue which can effectively bind existing elements together. The best thing about python is unquestionably its syntax which is not only simple to understand but also easy to learn. Corporate Python Courses in Kolkata can make you able to grasp skills and increase the ROI of your company. SevenMentor will offer you with the best Corporate Python Training in Kolkata with our best trainers. The Solution is simple-these days Python is highly in demand. In the domain of internet or app development are Searching for real. So SevenMentor Corporate Python classes in Kolkata help professionals with customized training modules to suit your project/client needs.