Spoken English course in Surat fluently enhance our confidence and add to our individuality. As a result, it is critical to be self-assured when speaking English. Because English is not our first language, we must make an extra effort to learn how to speak English.

The English speaking classes come to our aid in this regard. Students can choose between online English speaking courses and offline English courses. Because most businesses communicate in English, it is regarded as the lingua franca. English is the most used communication language among Indian enterprises and multinational corporations alike. This is the fundamental reason why businesses want candidates with great communication skills as well as a grasp of the English language. Without a doubt, English is not the majority of Indians' mother tongue, and little exposure to the language makes understanding the nuances and gaining fluency more difficult. This is when effective English speaking training might come in handy. A thorough English speaking education will assist you in achieving better success in your life, both professionally and personally. English language education may be beneficial in a variety of scenarios. Communication is worth and enriches the direction of an individual's foyer and Lifetime to a considerable shift.

The layout
When delivering Spoken English Classes in Surat, individual needs are taken into account. Most respectable universities that offer these courses, such as the British Council or Inlingua, provide pupils with a tailored curriculum. Aside from that, they provide classes at a variety of levels, from Basic to Advanced to Comprehensive. The Spoken English courses in Surat's many levels allow students to enrol in a programme based on their degree of understanding. The Basic Spoken English training course in Surat is perfect for people who want to start with the fundamentals of English. The Comprehensive Spoken English course, on the other hand, is designed for people who are already fluent in grammar, vocabulary, and pronunciation and want to learn the art of effective communication. Another advantage of these Spoken English language classes in Surat is that students who attend regularly emerge as much more confident persons. These Spoken English training in Surat offer a variety of sessions to students, the majority of which are interactive and participatory. To pass the exams, one must actively participate in these sessions. These activities in class allow students to overcome their hesitancy and achieve fluency in spoken English. Certain courses are available to help people improve their public speaking skills. These are the value-added programmes that supplement the primary courses. There are, for example, specialised courses for those who want to learn the intricacies of conducting an interview or group discussion. Students who must pass through the entrance have an option to connect to this course.

The Function of the Internet
Those who do not have the time to attend a Spoken English course in Surat lessons might instead take an online Spoken English course. There are no costs connected with learning English online. You also have the freedom to complete the course at your speed. These online courses include study materials that are available for free download from the website. In addition, they provide audio sessions with passage readings on a variety of topics. This helps students acquire the pronunciation element of the language. However, to complete an online Spoken English course, time and effort must be invested. The absence of a course completion deadline does not imply that the course has not been finished.

What precisely is Spoken English class in Surat?
English is currently the world's third most spoken language. It is classified as West-Germanic in the Indo-European language family. It was brought to Britain by Germanic settlers-Angles, Saxons, and Jutes-from Anglo-Fresian languages between the mid-fifth and seventh century AD. It is officially used in India, the Philippines, Singapore, and other Sub-Saharan African countries, including South Africa. An intriguing fact about English is that over two billion people, or roughly one-third of the world's population, use it now. There are six big countries in which native English speakers outnumber non-native English speakers. These are the United States, the United Kingdom (England, Scotland, Wales, and Northern Ireland), Canada, Australia, the Republic of Ireland, and New Zealand.

Concerning the English language
Let us now discuss the English language in its historical background. The English language has a history dating back to 500 BC, even before the Germanic settlement, when the British Isles were inhabited by Celts. In Europe, the Celts were a large group of Caucasian tribes. The majority of the Celts' influence on English may be seen in place names, such as the names of rivers such as the Clyde, Tamar, Thames, and Tyne. For a long time, the Celts' language was referred to as "British"—the language of the land's native inhabitants. The Normans invaded England in 1066, and as a result, several French terms were introduced into the English language. For example, the English term "restaurant" is derived from the French word "le restaurant." Similarly, the words 'beef' and mutton' come from the French words 'boeuf' and mouton,' respectively. For the following 300 years, French was the language of the court, government and administration, and the higher classes. This period saw the transition from Old English to Middle English, which became simpler.
The Great Vowel Shift occurred between the fifteenth and seventeenth centuries, and it was a major turning point in the development of the language. This resulted in a change in the pronunciation of vowels in words, which exacerbated the disparity between speech and writing. Everything you ever needed to know about Spoken English Learning English has grown in importance since it allows us to communicate freely with people all over the world. It, like any other language, has a set of structural principles that must be followed for English discourse to be meaningful and productive. Every language has specific building elements that aid in the strengthening of its basis. Understanding the hierarchy of these linguistic building elements will aid in learning and applying English lessons. Most of us acquire spoken language instinctively, suggesting that a language that is native to us, more commonly known as our "mother tongue," is inherently acquired by us, but languages that are secondary or official to us require effort to be taught and learned. English is spoken in hundreds of nations around the world, and not everyone is a native speaker. As a result, an increasing number of people are learning this language by enrolling in English classes at schools, coaching centres, and institutions to improve their English fluency. When it comes to spoken English, we all know that it has grown in importance in today's world, where globalisation has resulted in the spread of English in all disciplines.

Taking several classes usually enriches and broadens our knowledge. The knowledge that can help us advance in our careers guides and leads us towards a more extensive career path. Almost all niches are well trained at SevenMentor & Training Pvt. Ltd. Our instructors teach and guide our students to success. Online Spoken English Course in Surat enables students to learn while also allowing them to work in a reputable company. Our tests and discussions stimulate students and assist them in developing confidence.

Our trainers have the well versed experience of 6+ years in Spoken English training. This unparalleled professional experience stems from years of producing an excellent training environment, assisting trainees in creative problem solving and team-building skills. They are motivated by the up-gradation of their existing skills and have cheerful testimony. Their expertise skills help to identify the need of participants for effective training solutions and are committed to the choicest quality of learning and development that ensures a positive experience. They have conducted pieces of training on Life Skills, Communication Skills, Management Skills, Presentation Skills, Etiquette and Mannerism, Voice Modulation, Accent Neutralization, and Campus to Corporate Programmes. This experience in training has enabled aspirants to become a Certified Spoken English trainer by contributing to start their career.

Holding a certificate in Spoken English is a lifelong credential as it adds an impressive balance in one's resume. SevenMentor Certification in Spoken English is well recognized by several Companies worldwide. It is the only affiliated post with the thriving fulfillment of all the theoretical and practical sessions with assessments. Irrespective of any industry. Students and Professionals acquire this certificate to gain stable and swift progress at their routine work which thereafter unfolds an opportunity to outshine as potential leaders. Most Employers would definitely look up to an individual who hones Life Development Skills, well Developed Personality and this Certificate enables the Employer to concede that one has been trained in Life Skills & Social Skills which help one to get a job.

Is it permissible to use the phrase spoken English?

Senior citizens. The term "spoken English" refers to English that has been spoken by someone. Spoken English is a dialect of English that is used for speaking. As a result, the English spoken does not fit the context.

Is it "spoken English" or "verbal English"?

In contrast to "Written English," "Spoken English" refers to English as it is spoken by its speakers. "Oral English" is another term for this. "Speaking English" is simply a noun phrase that can be used to start a sentence. Some people prefer spoken English to written English because it is more relaxed and less formal/academic.

Why do we use the phrase Spoken English?

It refers to the language itself, whether spoken or written—the entire collection. So what you do (or what any other person does) is speak or write English.

How many different dialects of English are there?

Why is written English easier to understand than spoken English?

Best institute. I can make sure there was a lot of chaos in our minds. But thankfully I joined here. It has a pleasant atmosphere with good trainers and staff.

Being a graduate I lacked communication skills. I am from a village area. But here all instructors tend to have a great nature. Well behaved. Appreciate it. 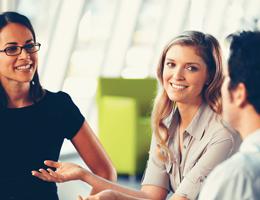 Experienced applicants must maintain a pleasant demeanor at all times. Employees who have received training from SevenMentor & Training Pvt. Ltd.can learn more about Corporate Spoken English Course in Surat. Employees perform admirably in our tests and practicals. If you want to advance in your career, you must always seek to expand your knowledge.

Personality development is enduring feelings, patterns of thoughts and behaviors that distinguish individuals from each other and soft skills means personal attributes that enable someone to interact effectively and harmoniously...

Voice is the sound produced by the vibration of the vocal cords while the accent is a manner of enunciation. We all have a set of muscles in our jaw,...