You forgot Pattern, Pin, Password lock on android phones? want to Spy on a friend’s device? Learn with Mobile Phone Hacking Classes in Pune. Android is a Linux-based operating system. It is designed for mobile devices such as smartphones and tablet computers. In the beginning, Android was developed by Android Inc., and later in 2005 bought by Google. The latest research says that Android users become more threatened by malware. A number of attacks rise each day and these attacks are getting more dangerous for its millions of users.

The Android Platform has been a favorite target for hackers worldwide due to the number of users the same as the windows operating system. It is an open-source platform and the variety of hardware and software options makes Android the Hacker‘s dream so that can customize it as a hacking platform to hack phones, windows, Linux system. Security is an important part of the Android system which is based on Linux which provides best-of-best Security. Android was created with openness in mind and is conducive to the use of third party applications and cloud-Computing services
Android has been designed seeks to be a secure and usable operating system for mobile platforms. Hacks are increasing day-by-day and growing every day especially android-Hacking which is Favorite target after the windows-like operating system. A Hacker use to target the more Users over-worldwide were 75% of users are of mobile phones are android users. Learn Hack To secure a Your-own world and keep out the hackers from hacking your-self.

As Mobile devices become an essential part of today's life. We will not find a single person who doesn't use mobile phones and evolving technology transforming mobile devices into palm computers, manufacturing companies including the latest hardware and technology in the device to serve better to their customers. Due to the various vulnerabilities mobile phones are the first target of attackers. Online Mobile Hacking Training will provide you with in-depth knowledge about the hacking techniques and methods that get used by hackers and enable you to protect yourself and your loved ones. Mobile applications are the one where we can optimum vulnerabilities in the organization. Online Mobile Hacking Training will teach you how to exploit and penetrate applications to find performance flaws with a 6-step process of application testing on various mobile phones.
What you will learn in Online Mobile Hacking Training:

Mobile Hacking is nothing but applying knowledge of Ethical Hacking on Mobile devices by using different methodology. This course can be done by

Why should I learn Mobile Hacking from SevenMentor?

At SevenMentor you will be dealing with ongoing Mobile Hacking activities and bit by bit assignments that have a high significance in the corporate world, and the educational program is planned by industry specialists. Upon the finishing of the instructional class, you can go after the absolute best positions in top MNCs around the globe at top pay rates. Thus, it is plainly a one-time investment.

If you are looking for Hacking courses this is the right place. All kind of Hacking courses are available here. I have completed my Mobile Hacking course from Seven Mentor Classes.well they cover all the topics regarding course. Nice Environment Good Teachers.They even give the Job Placement assistance.Best coaching for Hacking learning. All trainer’s who run it are very supportive along other staff and teachers. They have pure practical approach.Reasonable price and worth it!!!

Awesome Institute with good cooperation and every task is performed on Actual Environment.Have done ethical Mobile Hacking Course The Mentors Has An Excellent Teaching Skills.By the Way the institute is located in the heart of pune city which is middle centre to all Aspariants To get work with it. 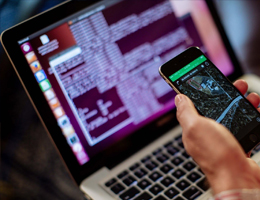 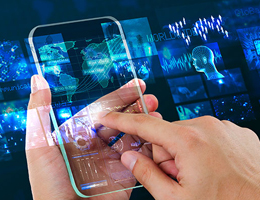 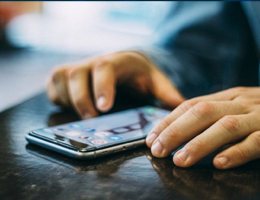 This course is mapped to the popular Ethical hacking Course in Pune, Expert course for Hacking SevenMentor Pvt Ltd. we are having expertise in training Ethical hacking Training in Pune,...