French, France and all about it! | SevenMentor 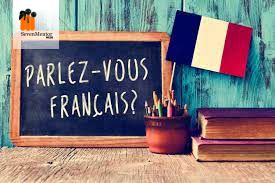 For centuries, France culture has attracted people world wide for its fashion, art, literature, lifestyle, museum and many more.

2) How French is different from English in writing- Although French and English both use Latin alphabets, French writing has quite a different style as its spellings do not go according to their pronunciation.

3) France is home to several famous authors-With some renowned authors like Victor Hugo (writer of Famous books-Hunchback of Notre Dame and Les Miserables) and Antoine de Saint Exupéry (writer of Le Petit Prince), France has a rich history of literature. Le petit Prince is one of Saint Exupéry’s best selling works. It is so popular that it has been translated into over 500 languages and over 140 million copies of the book have been sold till date.

4) France has won the most nobel prizes for its literature: French authors have more Literature Nobel prices than any other nation , 15 till date. Sully Prudhomme won the first nobel prize for literature in 1903.

5) Le Prix Goncourt For French Writers: Every Year, several other literature prizes in France are awarded to French authors. It is

given every year in the month of November to the author of the best and the most imaginative prose work of the year.

6) France is the largest country in all of Europe. It is shaped like a hexagon and hence sometimes is also referred to as l’hexagone. France is bordered by Belgium, Luxembourg, Germany, Switzerland, Italy, Spain and Andorra.

7) France is home to the most visited city in the world – Paris. Paris is famous for its tourist attractions, Michelin star food, freshly baked croissants and baguettes, floral perfumes, expensive cars, aged cheeses , chocolatey crepes and sugary treats. Spend the day in Paris exploring art at the Louvre Museum. Evening sailing down the Seine River, visit the famous Notre Dame de Basilica. End the night at the beautiful Eiffel Tower when it’s light shimmer and mark the end of the day.

8) Paris is known as the city of lights. It has 20 arrondissements in total. The Arc de Triomphe sits in the middle of the city and the architecture is laid out in circular patterns. Paris also has its own underground city! It is known to be a very romantic and cultural city. It is famous for its gastronomy and fashion. The city was built under the roman empire.

9) Paris’ Gare du Nord is Europe’s busiest railway station. This station is also the second busiest station after the railway station in Japan. More than 214 million passengers pass through the train station each year.

most famous painting in the world closely followed by the Starry Night.

12) France has always been at the center of art, literature and culture. Many of the world’s famous artists came from France. Some of them are Claude Monet famous for his impressionism paintings, Paul Cézanne who helped transition art from the 19th century to the 20th century. Other famous painters are Edgar Degas, Pierre-Auguste Renoir and Leonardo da vinci.

13) The south of France is famous for its cool breeze and salty beaches. Normandy, Nice and Saint-Tropez are some of the places that are highly recommended.

14) The French Alps are the ultimate destination for skiing and a day of snow. The tallest mountain in all of Europe is Mont Blanc situated in the magnificent French Alps. It takes about 10-12 hours to get to the summit of the mountain. It stands 4,907 m high in the sky.

15) The French people are famous for all things bling. Hence it is not surprising that it is the French that produce the most expensive bottle of wine in the world. Wine is a huge part of French culture. A 73-year-old bottle of French Burgundy became the most expensive bottle of wine ever sold at auction, fetching an eye-popping $558,000. The french people are said to drink over 11 million glasses of wine each year!

16) France is famous for the world’s greatest cycle race called the Tour de France. This race is said to be about 100 years old. The event has grown to become the world’s greatest cycle race, with around 198 cyclists racing some 3,200kms; primarily around France in a series of stages over 23 days. The 2013 Tour de France was the 100th edition of the Tour de France and around 15 million spectators lined up to watch the 21-stage course for the centennial celebration.

17) When it comes to food and dining, the French are notoriously famous for their cheeses. France produces over 1,500 types of cheese. France is in the top 10 countries for their cheese consumption. Some of the famous cheeses include Camembert de Normandy, Brie de Meaux, Reblochen, and Fromage Blanc.

18)France holds the record for the shortest reign of a king in history. Louis XIX is said to have been the king of France for only 20 minutes.

19)The world is full of superstitions and the French people are no different! In France it is considered unlucky to turn a baguette upside down. This legend dates back to the middle ages and is still considered true.

20) Coco Chanel was a French fashion designer and businesswoman. She was the one to free women from the constraints of ‘’corseted silhouettes’’. Chanel today is famous for its out-of-the-world couture and fashion. It has developed into an international sensation with its perfume and clothes.