Linux was created as an upgraded version of the UNIX operating system, which was believed might be improved. It was decided to design his own operating system with all the functionality and was required after the proposals were ignored.

In 1991, the Linux operating system was released. Several programmers offered to assist develop the operating system shortly after. It has become commonplace over time, powering everything from modern phones to smart devices. For servers, network infrastructure, embedded systems, and mobile devices, Linux is the operating system of choice. You will master both essential and advanced Linux Course skills needed to work at top Silicon Valley organizations in our Linux Course in Programming and Administration professional certificate program. Many of our Linux courses in USA are not offered at regular universities, yet they are extremely useful in the workplace. You may personalize your Linux learning path to your interests, from fundamental installation and tools to kernel modification for complex systems.

Linux Mastery: Master Linux Command Line
The Linux Training in USA is a good one that will provide you with practical Linux knowledge and expertise. You'll gain the abilities you need to become an expert in this operating system by completing this training program.
The subjects covered in this Linux Course in USA and learning program assist learners in developing command-line skills. You'll also learn how to automate tasks with Cron Jobs and bash scripting.
Linux certification course in USA is an excellent way to learn about file system administration and security. Linux course is for job seekers, professionals, and students who want to learn about the Linux OS's industry verticals.

Linux Server Management & Security Certification
The certification is an excellent way to learn about file system administration and security. Linux training course in USA is for job seekers, professionals, and students who want to learn about the Linux OS's industry verticals.
Linux Command Line Basics
This basic course is a great way to understand the mechanics of the Linux command line, and it's designed for both beginners and advanced Linux users. There has been a lot added to the syllabus, from the Linux command terminal to advanced concepts like generating Linux commands.
The goals of the Linux Programming and Administration certificate program are as follows:
In the Linux operating system, master shell commands and shell scripting.
Utilize Linux system calls to create Linux-specific software programs and apps.
Develop your ability to manage, maintain, update, and support Linux installations.

Curriculum Standards: You ought to be able to:
Describe the many Linux distributions.
Explain how to set up Linux on a laptop or desktop computer.
Recognize the various Linux distributions' UI desktops.
Learn how to utilize the console window to perform Linux command-line tasks.
Describe how to configure using the connectivity abilities of Linux.

What Are the Benefits of Learning Linux?
Linux, as previously said, has a diverse set of applications. Embedded devices, mobile phones, and servers are just a few of the applications. In the IT industry, Linux is widely utilized. Learning the fundamentals in a Linux Course and being able to navigate a Linux operating system is therefore a valuable skill. Knowing Linux is almost mandatory if you want to work as a system administrator. This is due to the fact that Linux is used to power many firms' infrastructure. Even if you aren't interested in systems administration, understanding Linux might be beneficial. You'll be able to navigate the command line more successfully if you have a working grasp of Linux.

Linux is an "Open Source" operating system. So, what does that imply?
Linux is available under a free and open-source license. One of the key reasons Linux has grown so popular is because of this. It is open-source, which implies that anyone can use it. Linux Course in USA can be used for any purpose by anyone. Anyone can learn how to use it or make their own replica. Torvalds owns the trademark on the word "Linux," and the source code for the core project is protected by copyright.

Students are increasingly taking purely online Linux course in USA. Our institute, SevenMentor Pvt. Ltd., offers effective online courses. Our instructors monitor the students' progress and performance. We train on technology, software, and networking topics using the online Linux Training in USA platform. Students will benefit from our tests and practical application expertise. Students are placed 100% of the time by the placement cell.

I have some queries about buying bulk training for my team/company. Who can I speak with?

We specialized in designing training solutions to fit your needs and your budget. To learn more, please submit a corporate training inquiry and a member of our team will get in touch with you shortly to discuss your needs.

Is Linux certification available for free?

The Linux Foundation had teamed up with edX.org to offer free online courses on a variety of open source topics, including Linux, blockchain, networking, cloud, and everything in between.

How long does it take to get a Linux certification?

The time you'll need to study for CompTIA Linux+ is determined by your background and IT experience. Before becoming certified, we recommend that you have 9 to 12 months of hands-on experience working with Linux operating systems.

In what field is Linux used?

Linux systems are now widely utilized in computing, from embedded systems to almost all supercomputers, and have established a foothold in server environments such as the popular LAMP application stack. Linux distributions are increasingly being used on home and business computers.

What exactly is a Linux administrator's job?

I went through their Linux+DevOps training. The training was excellent, and it aided me in my current project.

I went through their Linux+DevOps training. The training was excellent, and it enabled me to change my profile to a high-paying one.

It was a pleasure to learn here. A fantastic location to share your experience as a Linux system administrator and discuss issues you've encountered with setup servers in the industry. And I enjoy how you educate. 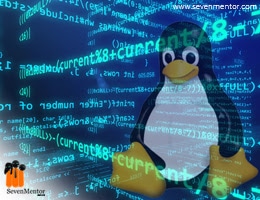 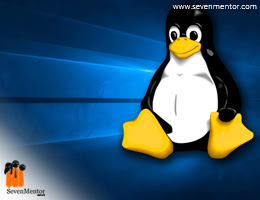 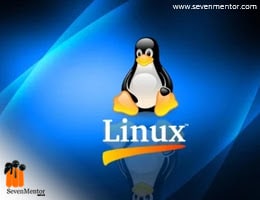 Employees can improve their skill set by taking a corporate Linux course in USA with SevenMentor. Improving their practical skills and knowledge can help them perform better in their current jobs. An organization's productivity is critical. Skilled personnel can boost the company's productivity. Our instructors are experts in a variety of fields. Employees may benefit from this.