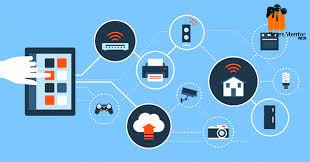 In most basic form of firewall IP packets are filtered, headers of IP packets like source IP, destination IP, source port and destination port is filtered. Also identify applications by their static well known TCP and UDP ports. Match the URI in HTTP request and decide whether to allow or deny download of web page identified by that URI.

Firewall are of two types:-

2 ) Software firewall: It is an application or a Bare metal firewall means it is Operating System by  which a computer boots and we get graphic user interface to configure firewall.

Organizations have their Web server, Email server, File Transfer Protocol (FTP) servers which customer use must make accessible from the internet. Doing so is putting entire internal network of organization at risk. So these public servers are maintained in isolated network so that users from internet can access these servers and internal network also get protected. This isolated network is called as Demilitarized Zone (DMZ).

DMZ is between private network and public network.

If highly skilled hacker breaches first firewall still that hacker has to breach second firewall to access internal network. It is recommended to use proxy server in DMZ which centralized the internal traffic flow and also monitor and record traffic for further analysis.

There are some desktop level firewalls which are inbuilt in operating system. Windows Operating System has inbuilt firewall. Also Antivirus software also have inbuilt desktop firewall.

Windows firewall is an IP packet filtering firewall, in which we can create Inbound and Outbound rules to restrict traffic for specific service, single IP address or network or subnet.

Giving below generic idea about how to create rule in windows firewall.

1)Right click on the icon of monitor at right hand side of  task bar select nework and internet setting.

Select ethernet and left hand side pen and then select windows firewall from right hand side     pane.Select advance settings from middle pane.

For creating a new rule :-

2)Suppose you have selected in first step rule for ‘Programe’then in second step select the specific programe by giving the path of programe or if you want that rule should be applicable for all programes then select ‘All programes’.

5)Give the name of rule and finish the wizard.

6)See the rule in the list of inbound rules when it got created.

8) Select the tab Protocols and Ports .Select Protocol type ‘TCP’, select local port ‘All ports’ and in remote port number select the port which you want allow or block.

Name of some firewall manufacturing companies:-

Some names of IPS manufacturing companies.

Proxy server has its own IP address, name proxy is given because it forwards request to internet by using its own IP on behalf of user so that identity of user should not be revealed on internet and so securing private network.

Some names of Proxy server:-